Bob Buckhorn calls on Congress to give Puerto Rico bankruptcy protection, while Buddy Dyer sits it out 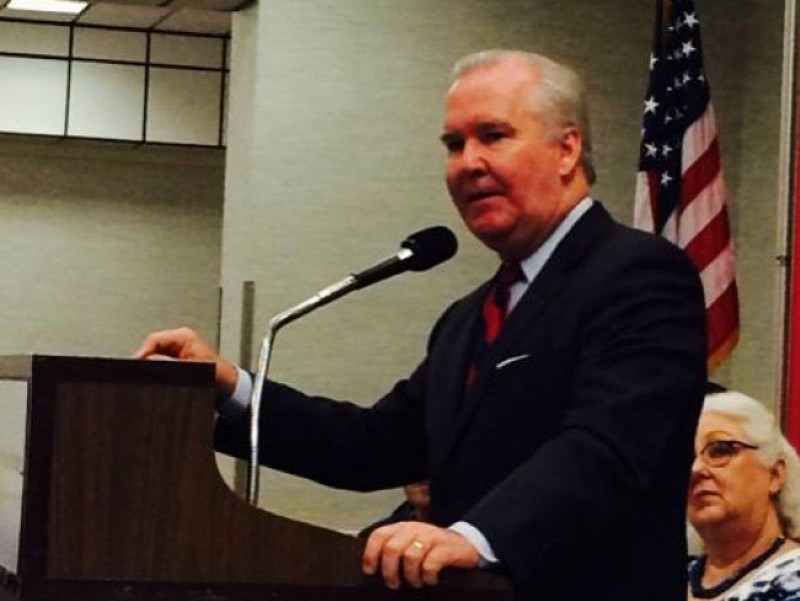 With Puerto Rico facing $72 billion in debt and not able to pay off its creditors, Tampa Mayor Bob Buckhorn has joined a group of over a dozen mayors in the U.S. calling on Congress to restore the commonwealth its bankruptcy protections in the omnibus appropriations funding bill being debated in the House of Representatives.

Interestingly, Buckhorn is the only Florida mayor who is part of that group. Not signing on to that letter was Orlando Mayor Buddy Dyer, whose city has one of the largest populations of Puerto Ricans in the state. More on that below.

Buckhorn voiced his concerns in an op-ed published on the website of Bloomberg View on Monday, sharing his byline with New York City Mayor Bill de Blasio.

“We have heard from Puerto Rican, congressional and local leaders across the country that we need urgent action,” Buckhorn and de Blasio write in advocating that Congress get involved. “Leaving Puerto Rico in a state of fiscal uncertainty is not only unacceptable but also un-American. There is too much at stake for too many people to delay any further.”

Buckhorn and de Blasio are part of a group of 15 other mayors and county leaders across the country who sent a letter to House Speaker Paul D. Ryan on Thursday urging him to work with President Barack Obama and other members of Congress on backing a package of proposals that the president unveiled back in October to enact a plan to provide broad bankruptcy protection and debt restructuring powers for Puerto Rico.

Because Puerto Rico is a U.S. territory, it cannot declare Chapter 9 bankruptcy the way that U.S. cities and municipalities can. The commonwealth has been borrowing to pay its debts as they came due. It payed $354 million in principal and interest owed on Government Development Bank notes on Dec. 1, but said that its liquidity was “severely constrained” with another payment of $357 million due Jan. 1.

Two weeks ago, Puerto Rican Gov. García Padilla called on Congress to include a measure allowing bankruptcy in the must-pass omnibus spending bill being negotiated, saying it would be “the most likely way for Congress to act prior to January.”

Last week, Utah Republican Sen. Orrin Hatch proposed legislation that would offer Puerto Rico up to $3 billion in cash relief, reduce employee payroll taxes for five years, and establish a new independent authority that could borrow on the government’s behalf. It would also require Puerto Rico to disclose more detailed financial information about its pension obligations. The island faces a Jan. 1 deadline to make bond payments of $900 million.

According to the Center for Puerto Rican Studies, in 2014 New York continued to host the most Puerto Ricans in the U.S., but for the time in history, Florida became the first state after New York more than 1 million Puerto Ricans. Much of that growth of Puerto Ricans coming to the Sunshine State has concentrated on Central Florida, and specifically the Orlando area.

When asked why Orlando Mayor Dyer did not sign on to the letter sent to House Speaker Ryan last week, a spokeswoman said that the issue was a bit too hot for Dyer to weigh in on.

“We decided to remain silent on the issue for a number of reasons,” says Kathleen Devault, Director of Strategic Partnerships for the city of Orlando. The main reason, she says, was how a bankruptcy could affect small businesses in Puerto Rico that have ties to central Florida.

“We heard a lot of feedback from our local community, which we have a large portion from Puerto Rico,” Devault said. “And there were a number of expressions of concern regarding this, because many of our residents have family members in Puerto Rico, some who own companies which the government may be their largest consumer or their largest customer.”

Default adds that there was a fear expressed by members of the community that those local businesses ini Orlando would create a domino effect, “and that a lot of smaller locally owned business in Puerto Rico that have ties to central Florida, could also have been negatively impacted.”

Meanwhile, it’s no secret that Buckhorn has aspirations for possibly running for governor in Florida in 2018. If nothing else, the letter will get the attention of that growing Puerto Rican demographic in the Sunshine State.