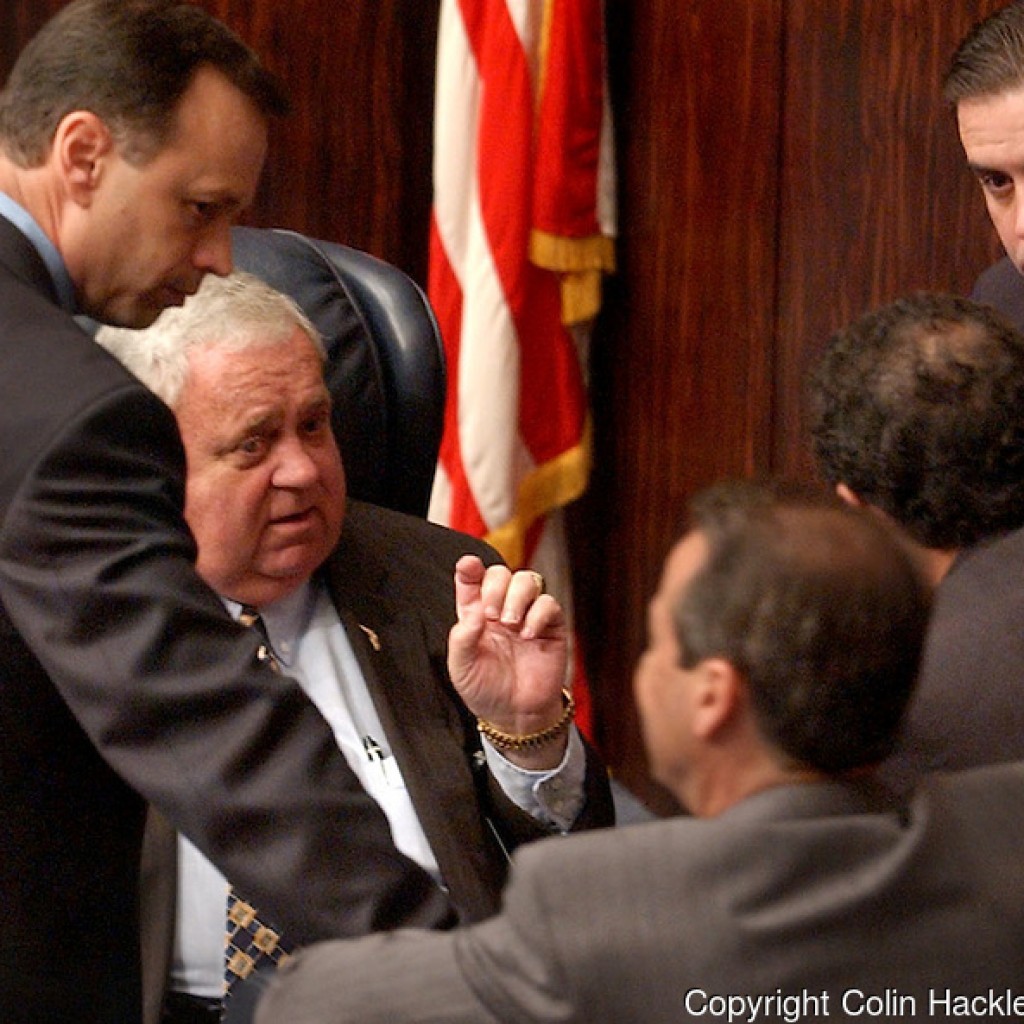 Here’s how Jim King is remembered around the Florida Capitol. The laughter was immediate and spontaneous when CFO Jeff Atwater was asked last year to recall a story about the late Senate President.

“My goodness, my goodness,” said Atwater, clearly enjoying a memory.

King was a fixture around the Capitol for 23 years. The Jacksonville Republican was first elected to the State House in 1986 and became one of the most powerful politicians in the state, serving as Senate President from 2003-2004.

King passed away from pancreatic cancer in 2009.

After serving as Senate President, King stayed in the Senate as an elder statesman, a jovial mentor to new members or for that matter anyone interested in the legislative process.

“He had a long-term view of what of what we did and how we should be deliberate in the process,” said former Sen. Carey Baker, who confessed as a House member he suspected King was not sufficiently conservative.

Atwater served in the Senate when King was President and later as Senate President himself with King as one of his members. He recalled a contentious Workers Comp reform proposal in 2003. Time was running out on the meeting and there was a stack of speakers cards for people waiting to testify when the door to the committee room swung open.

“He (King) sent someone down to say we’re going to extend the meeting two more hours because Jim didn’t think everyone had a chance to be heard and you thought, ‘My goodness,’ but that was Jim,” said Atwater.

“It may be tough … it may be harsh … it may be painful but everyone is going to be heard and that is exactly who he was.  Where for others maybe the clock ran out. They want an efficient schedule but Jim’s was more of a schedule for inclusion,” said Atwater. “He did not want to see the session defined as winners or losers in partisan politics. His desire was more subtle; a more personally felt victory of individuals that came and did their best for their district.”

King’s friends and colleagues will celebrate King’s love of the process and humor with a special happy hour — as a former Senator recalled at the time of his passing, “We could never leave the table when he was holding court” — Wednesday, January 13th starting at 5:30 p.m. at the Bascom Communications offices, 217 South Adams Street.

“We will have some laughs, a drink or two and remember him as he asked us to do,” an announcement from Sarah Bascom — a protégé of King’s — stated.

Seriously, how many people do you know can still have a room laughing six years after leaving?