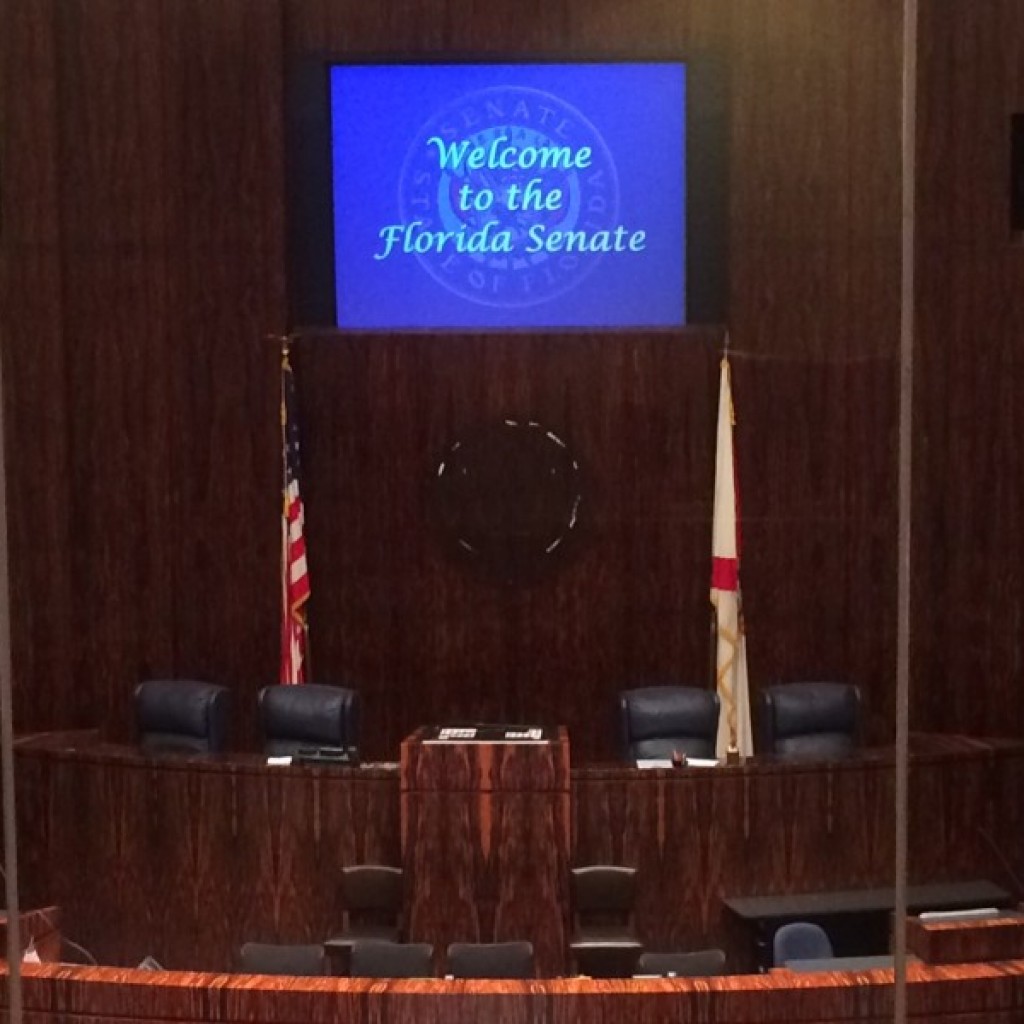 The Florida Senate’s bronze seal, which usually hangs behind the Senate President’s lectern, was removed this week not only to replace the seal’s depiction of the Confederate flag but also in anticipation of still more design changes, a spokeswoman said Tuesday.

In October, the Senate decided to remove a Confederate flag from the chamber’s official seal and replace it with the state flag. That includes all representations of the seal, including on letterhead and lapel pins, for instance.

The previous seal, adopted in 1972, featured five national flags that have flown over the state: Spanish, Confederate, U.S., British, French.

Senate Democratic Leader Arthenia Joyner moved for the change shortly after last year’s South Carolina shooting of nine black churchgoers in Charleston, South Carolina. The gunman had photographed himself holding the Confederate flag and made clear he was motivated by racism.

This week the large seal on the wall of the Senate chamber that had the old design was finally gone. Spokeswoman Katie Betta said a temporary seal with the state flag in it will go up by the start of the 2016 Legislative Session next Tuesday.

That temporary seal, made of vinyl, metal and wood, was approved by Senate President Andy Gardiner, she said. Total cost: About $350.

Betta added, though, that simply swapping out the Confederate for the state flag may not be the only change to the seal, referring to debate on the floor prior to the October decision.

Senate Rules Chairman David Simmons, an Altamonte Springs Republican, explained the change by referring to U.S. Supreme Court decisions that only flags of “legitimate sovereignties” should be recognized. The Confederate States of America were never legitimate, he said.

However, state Sen. Rob Bradley, a Fleming Island Republican, said that “abhorrent” events took place under all the flags on the seal.

“This is a very emotional, controversial issue and I understand that,” he said. “I think symbols are important and I’d like to have a discussion about what the seal is going to look like … The idea of having another seal altogether is at least worthy of discussion.”

Bradley could not be immediately reached by telephone Tuesday afternoon.

Betta also said no further plans had been made regarding the mural that greets visitors to the Senate’s public gallery on the Capitol’s fifth floor.

Last year, Betta told Florida Politics the mural would be removed because it’s showing signs of age, including fading and peeling.

But the 10-foot-by-16 foot “Five Flags Mural,” installed when the present Capitol was opened in 1978, also happens to depict a Confederate flag.

previousJanet Adkins on Corrine Brown: "The courts have spoken"