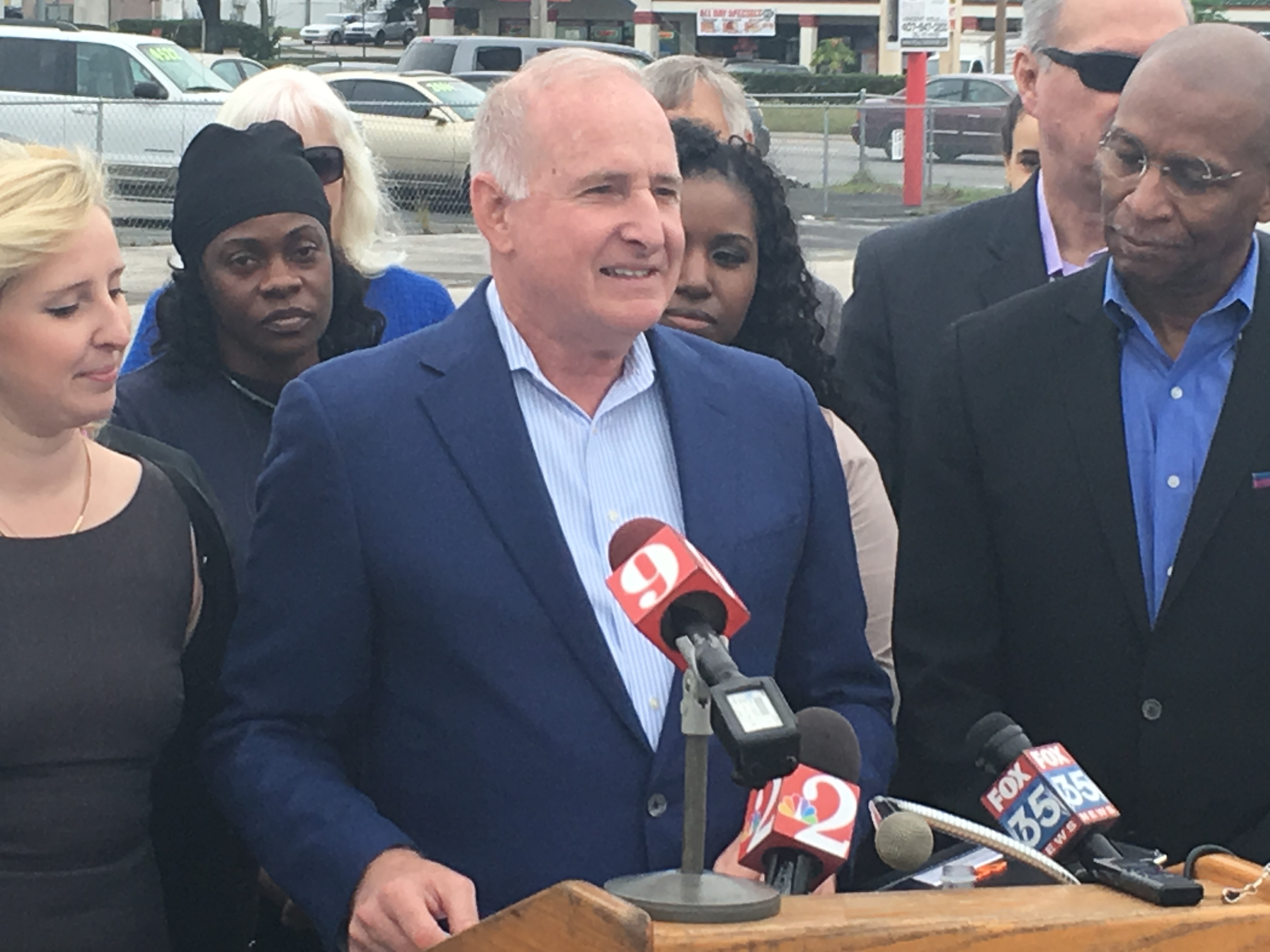 With a backdrop of the former Pine Hills gas station where he had his first job, pumping gas, wealthy entrepreneur and Democratic rainmaker Bob Poe announced his bid for Congress Thursday in the Orlando-based District 10.

“Many people are aware that I’ve been blessed with a tremendous amount of success in my life. But what most people don’t know, my success had some humble beginnings,” Poe said.

“We’re here because we’re at a place in time, when, for me, words are no longer enough. We’re here because it’s time for action, action to meet the threats we face, and action to seize the opportunities that will fade and disappear unless we’re willing to take a stand and make a difference.”

Poe joins a Democratic field eager to run in CD 10, which has become strongly Democratic-leaning since the court-ordered redistricting. Already in the race are former Orlando Police Chief Val Demings, state Sen. Geraldine Thompson, and lawyer Fatima Fahmy. U.S. Rep. Corrine Brown, the Jacksonville Democrat, also is considering switching in from her Congressional District 5, because the CD 10 now covers much of her old constituency.

The incumbent, U.S. Rep. Dan Webster, R-Winter Garden, also is thinking of switching, out of CD 10, because it had become so favorable to Democrats. Much of Webster’s previous constituency is in CD 11, he has a home there and has acknowledged that he is deliberating on the prospect of moving to CD 11.

First-time candidate Poe took veiled shots at Demings, Thompson and Brown in his remarks, decrying “the same old politicians who play the game of political musical chairs, running for one thing, and then another. They’re not going to fix things.”

“I come from this community. I became successful because of what I learned in this community, and I think I bring a very different perspective of how we grow the economy,” he said.

He opened his campaign with some clout at his side, hiring veteran operatives Joshua Romero and Ashley Walker for his campaign team. He also pledged he would match campaign contributions dollar-for-dollar with his own money.

Poe laid out a broad platform of Democratic positions, starting with calls to do more to control guns and address gun violence, and to find urgency in addressing global climate change. He also called for protection of the Affordable Care Act, Medicare and Social Security, social justice, economic empowerment, equality, public education, college loan refinancing, a national commitment to finding cures for diseases, and a need to treat addiction as a health care epidemic, not crime.

He sounded most passionate, however, when he spoke of his economic ideas, mainly investing in the communities and schools, to attract higher-paying jobs.

“This community will never achieve its full potential while it remains dead-last in wages,” Poe said. “When our community is prosperous, our businesses will flourish, and not the other way around.”