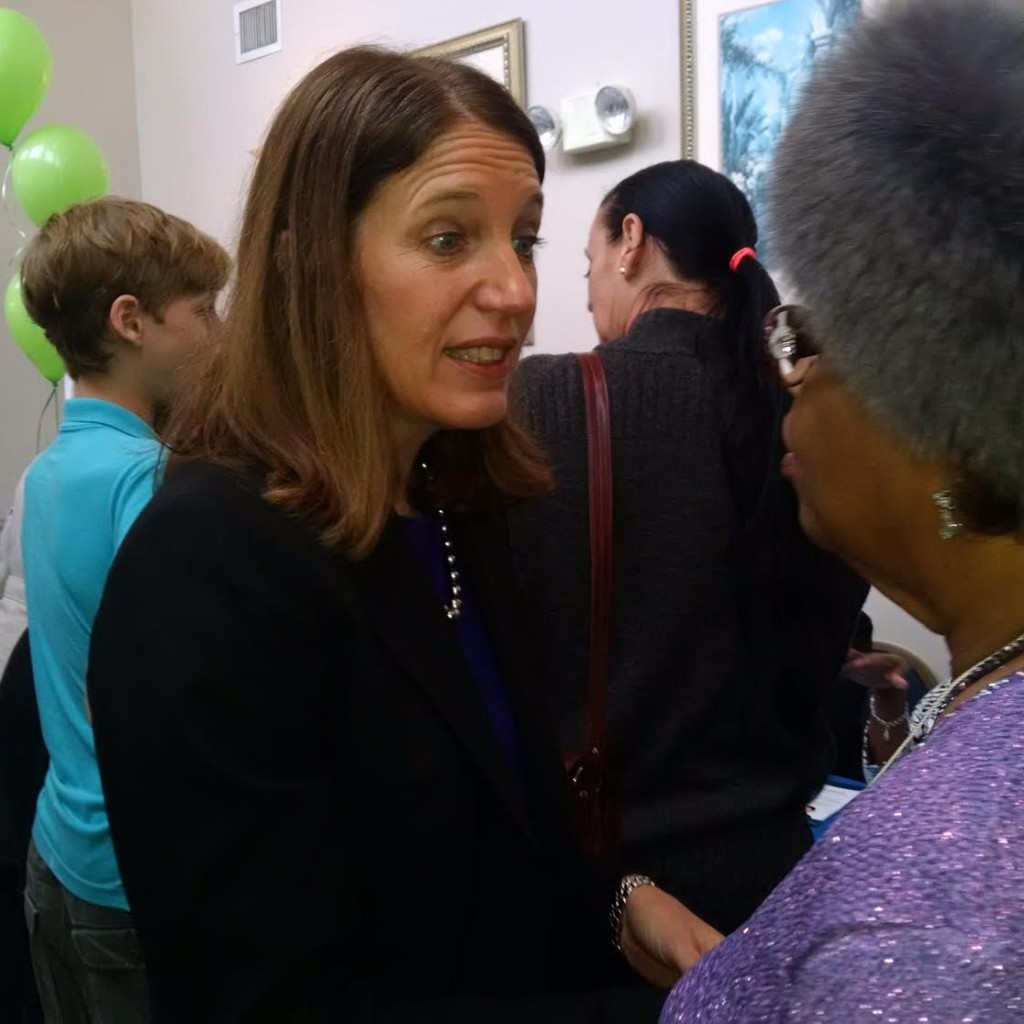 The deadline to sign up to to get on the Affordable Care Act in 2016 ends in three weeks, which is why Health & Human Services Secretary Sylvia Burwell was in Tampa on Sunday.

Burrell addressed the congregation at New Mt. Zion Baptist Church in the V.M. Ybor neighborhood of Tampa, where she was joined by U.S. Rep. Kathy Castor and Tampa Mayor Bob Buckhorn. The three public officials then attended an enrollment event after the church service.

This is the third year people can sign up for Affordable Care Act, also known as Obamacare. Although the deadline to sign up for 2014 and 2015 was at the end of January, the White House has allowed for more than 30 “special enrollment” periods, offering eligibility to people after the so-called hard deadlines. A report in Sunday’s New York Times said that insurance companies are unhappy about those “special enrollments,” claiming that some people are only enrolling after they get sick or need services, making the annual open enrollment period meaningless.

The law of the land now is for everyone to have health insurance. If you don’t, you are now subject to a $695 fine, or 2.5 percent of all taxable income. “We want to make sure that everyone who is eligible right now to get in and meet that deadline, or otherwise, they will be eligible for that fee,” said Burwell.

She also said that the administration’s goal is for 10 million to be signed up for Obamacare by the end of this year.

That’s a far cry from the original projections from a few years ago.

A year ago, the Congressional Budget Office estimated that 21 million Americans would be covered through Obamacare plans in 2016. Burrell said there are factors – many actually positive for the economy –  to explain the vast discrepancy.

“Many people frequently get jobs or other things, so fortunately those numbers sometimes come down throughout the year, ” she said. “Our goal that we set out is 10 million. Some of those early numbers were actually based on some of the predictions that have not been true.”

Nearly half of the 10.5 million uninsured people eligible for exchange coverage are between the ages of 18 and 34,  Politico reported last year. Burwell said that it’s crucial to get more young folks into the risk pool, since obviously younger people are generally healthier. She says HHS is using digital marketing as a way to try to reach out to millennials.

nextTed Cruz, Donald Trump up in Iowa, but talk of "takedown" effort fades