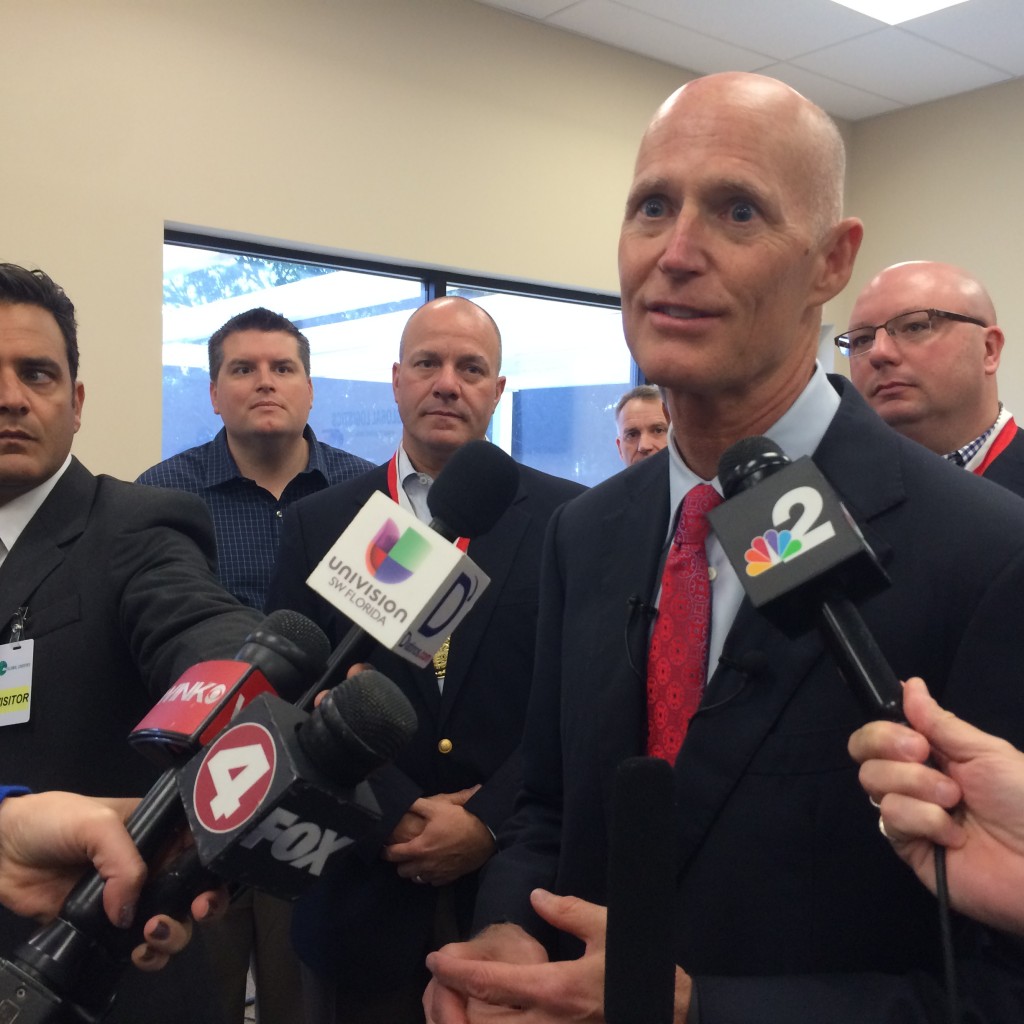 Gov. Rick Scott is continuing his soapbox tour of the Florida Legislature on behalf of his proposed $1 billion in business and other tax cuts for 2016-17.

On Monday, he visited the Senate Finance and Tax Committee, where he got a largely cordial and positive reception, even from the panel’s Democrats. The 2016 Legislative Session starts Tuesday.

After his presentation, Scott took questions from reporters. Here are a few excerpts from the back and forth:

Scott at first took a pass, saying he hadn’t seen the plan. When asked whether he supported the concept, he also punted.

On whether the state has enough money to support his tax cuts: Scott’s budget advisers and legislative economists have differed over how much surplus will be available for next fiscal year’s spending plan.

The Scott team has said $1.3 billion to $1.6 billion; the Office of Economic & Demographic Research, the research arm of the Legislature, has predicted a $635 million surplus.

Scott stuck with the $1.3 billion number Monday: “We have the money to be able to do this … this is an investment to get more jobs.”

But will it actually pay off with increased employment, he was asked.

Scott was confident: “This is a not a giveaway, these are your dollars. This is a state that is growing … we have an opportunity to give these dollars back to business people, give it back to individuals. When we do that, we will see more jobs.”

On reducing property taxes: Part of the reason the state is flush with cash is increased home values after the recession, resulting in more property tax collected.

Scott says that’s not properly termed a “tax increase”; critics say whenever Floridians pay more taxes, it is, in fact, a tax increase. The governor was asked whether he was open to property tax relief for middle-income earners.

His answer: Not this year.

“I mean, I’d like to reduce everybody’s taxes,” he said. “I know the most important thing for a family … is to get a job. My goal is (that) every year, we’ll continue to see revenue growth and continue to look at tax after tax that we can reduce.”

Jim Rosica is the Tallahassee-based Senior Editor for Florida Politics. He previously was the Tampa Tribune’s statehouse reporter. Before that, he covered three legislative sessions in Florida for The Associated Press. Jim graduated from law school in 2009 after spending nearly a decade covering courts for the Tallahassee Democrat, including reporting on the 2000 presidential recount. He can be reached at [email protected]litics.com.