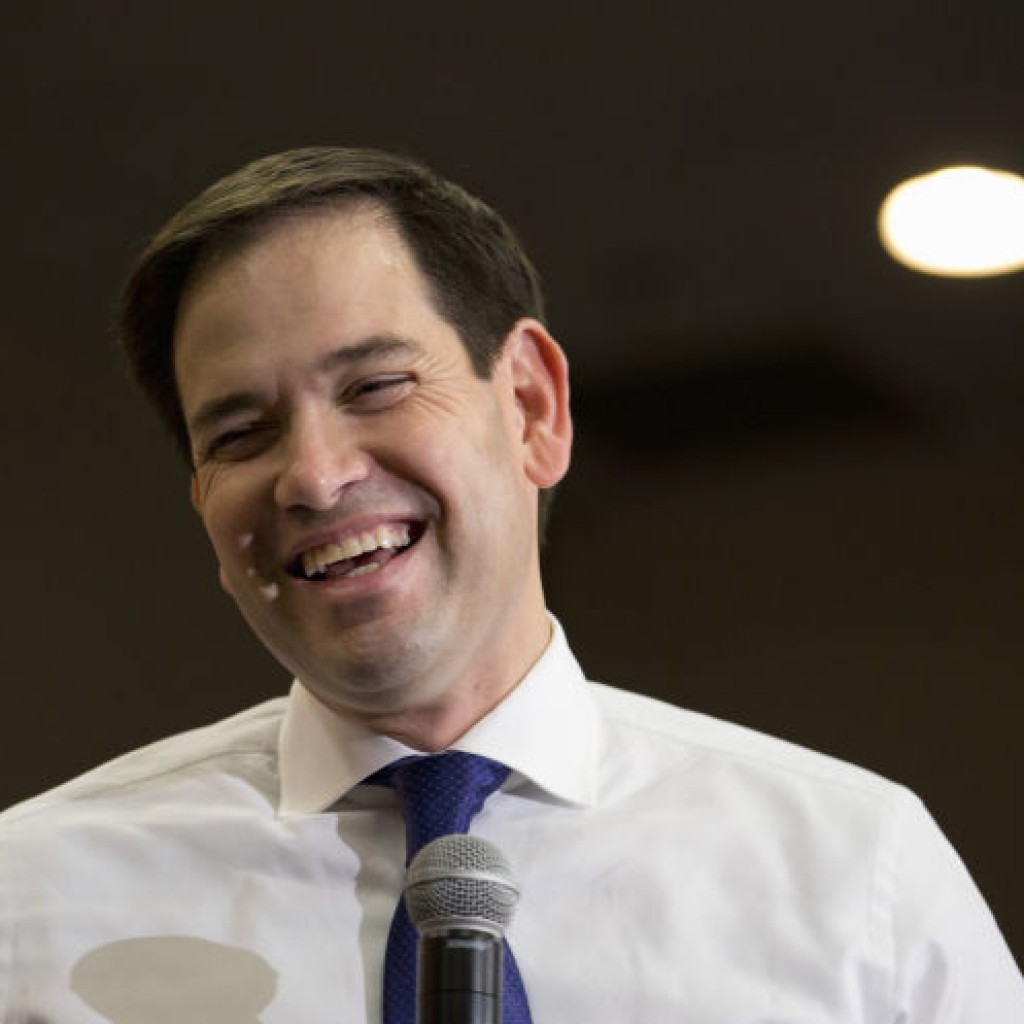 The Florida senator’s GOP rivals have dismissed him as too moderate at times, but on Monday, he spoke of how Christian conservative values would guide his decisions in the White House, if he is elected. The Florida senator, a Catholic, opened up about religion when confronted by an atheist during a town hall-style meeting in Waverly, Iowa.

Added Rubio, “Not only am I a Christian, not only am I influenced by my faith, but it is the single greatest influence in my life. And from that, I’ll never hide.”

Looking up at businessman Donald Trump and Texas Sen. Ted Cruz in the polls, the first-term senator is trying to break out of the crowded Republican field. There are several candidates aggressively courting Iowa’s religious conservatives, who typically play outsize influence in the opening contest. Cruz is particularly popular among such voters, as is retired neurosurgeon Ben Carson, former Arkansas Gov. Mike Huckabee and former Pennsylvania Gov. Rick Santorum.

Rubio’s focus on religion would be less appealing in New Hampshire, which holds the nation’s first presidential primary eight days after the Iowa caucuses and typically rewards economic, rather than social conservatives.

In Waverly, the second of five campaign appearances Rubio had scheduled Monday, he renewed his opposition to abortion and promised to strip funding from Planned Parenthood if elected. He also said pastors, bakers and florists shouldn’t be penalized for refusing to participate in a same-sex marriage. On abortion, Rubio supports an exception for the life of the mother, but opposes exceptions in cases of rape and incest.

Rubio told the atheist that his Christian faith shouldn’t be a concern.

“In fact, I think you should hope my faith influences me,” Rubio said, noting that his faith outlines an obligation to care for the less fortunate, to love his neighbor and feed the hungry.

“I’m going to share my faith, especially when I’m asked, because my faith influences who I am in every aspect of my life,” he said.

“But I’m more interested in eternity and the ability to live forever with my creator,” he said. “And that’s what I aspire to more than anything else.”