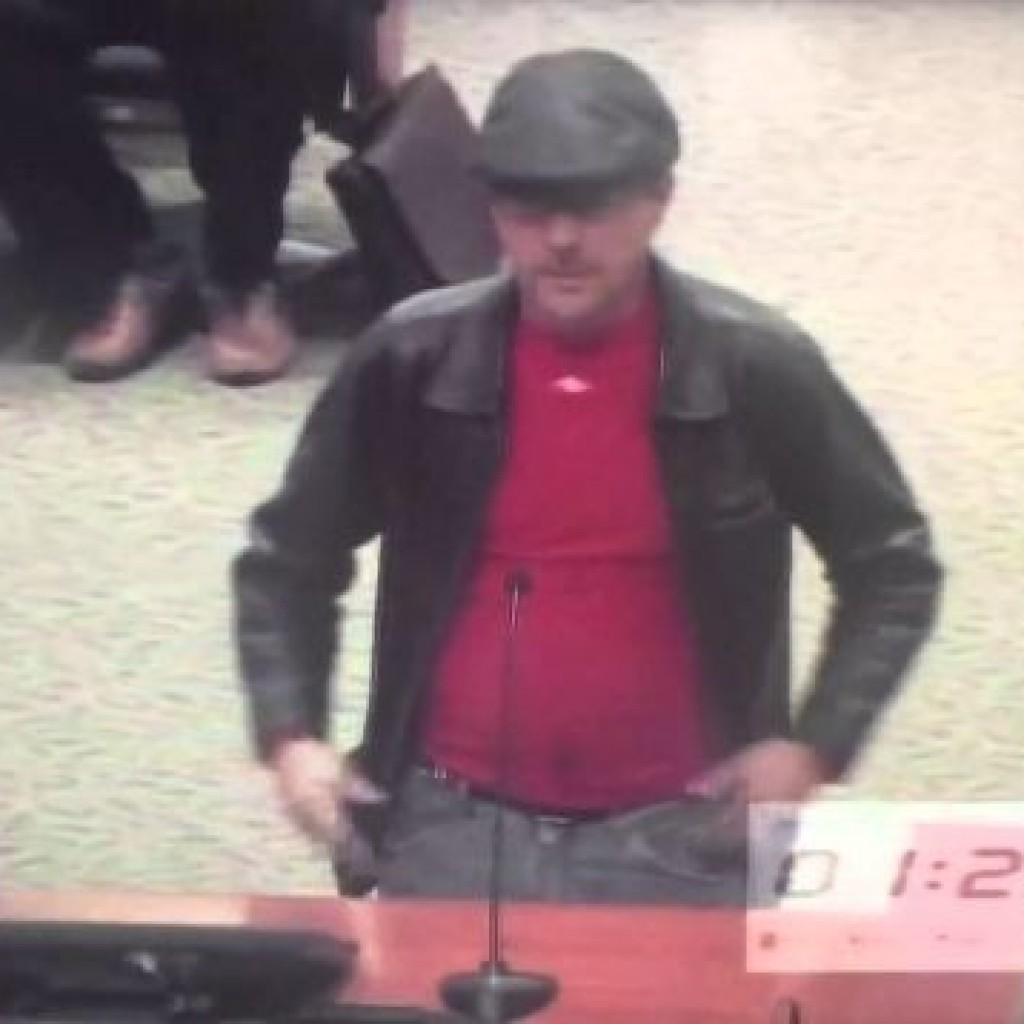 A week after anti-HRO Roy Bay shocked Jacksonville with confessing child molestation at City Council Public Comment (a phrase I never expected to type), he’s got a new look and a new story.

He told WJXT on Tuesday that he had molested young boys in the 1970s and 1980s, after being sold into sex slavery to a man who is dead.

We would have remembered that narrative had it emerged Tuesday. Instead, the narrative put out was different.

After Council Tuesday, Bay said that he had committed his crimes in St. Louis.

Now? They happened on Herschel Street, in Riverside. In a house, presumably. In a neighborhood where the houses are a few yards apart. Over a period spanning two decades. Where, presumably, this would have been noticed.

It’s clear that something went horribly wrong in this man’s life. It’s also clear that based on the week he’s been in the public eye, his narrative has shifted at every turn.

He said he moved to Miami on his Facebook; he didn’t.

He changed his look for the WJXT spot, going from the leather look to more of a Ned Flanders style.

And he changed his story.

I’ve talked to people on Council about this incident. Wherever they fall on the HRO, they are appalled.

As they should be. Bay’s narratives have been appalling.

And, it must be stressed, inconsistent.

And inconsistent in that neither of the lurid scenarios he describes (himself as a bathroom predator, and the current one where he was a sex slave) has anything to do with the modest protections being discussed in the expansion of the Human Rights Ordinance.

Logically, we know that.

But the emotionalism of Bay and so many on the anti-HRO expansion side has contravened logic.

It has turned a public policy debate, one completed in many cities in Florida, two decades ago in Tampa, into some lurid, distortionist narrative more worthy of a Jack Chick Tract than Jacksonville.

Council President Greg Anderson, on Tuesday, talked about his plan for the Committee of the Whole legislation.

Anderson, one of the most decent and fair people in public life in Jacksonville, wants a civil process, one befitting a major city that seeks to be a global economic force, in which people who disagree still respect each other.

Lurid narratives, such as the one Bay advanced, and the one he is now advancing, contravene that process.

We are talking about extending protections in terms of employment, housing, and public accommodations for LGBT people, ensuring that their civil rights are protected.

That debate has become conflated by the Christian Right. It seems to be a rhetorical strategy in a pitched political battle.

Part of the strategy of conflation: instead of talking about the need for the legislation, weighing it against small-government objections, we instead see news cycle after news cycle dominated by whatever happened to Mr. Bay.

There are people in 2016 who are dealing with job and housing insecurity because they don’t fit into the heteronormative paradigm.

These stories aren’t the ones being told in the local media.

In the end, whether Bay gets the Salvation he clearly seeks is between him and his God.

Whether he finds succor at the Evangel Temple is up to Garry Wiggins.

But what is clear is this.

Bay’s performance at public comment, and the last week since, have delineated a flawed process in Jacksonville relative to the HRO expansion.

And now? We’re getting a lot of talk, and a grand total of two legislators willing to unequivocally say that there must be movement on the HRO.

You might as well send Roy Bay on a Chamber Leadership trip.

Because right now, and for the last week, he has been at the top of search results, read about in Gawker and God knows where else.

The face of prejudice and hatred and conflation is not the face Jacksonville wants to show the world.

However, we have no content filter that can hide it.

To present to the world, we need to clean up the mess in our yard.

The mess that has been with us well before Consolidation.

The mess that is created when the demagogues carry arguments, and the sober realists stand off to the side.

previousMartin Dyckman: Death penalty riddled with too many inconsistencies