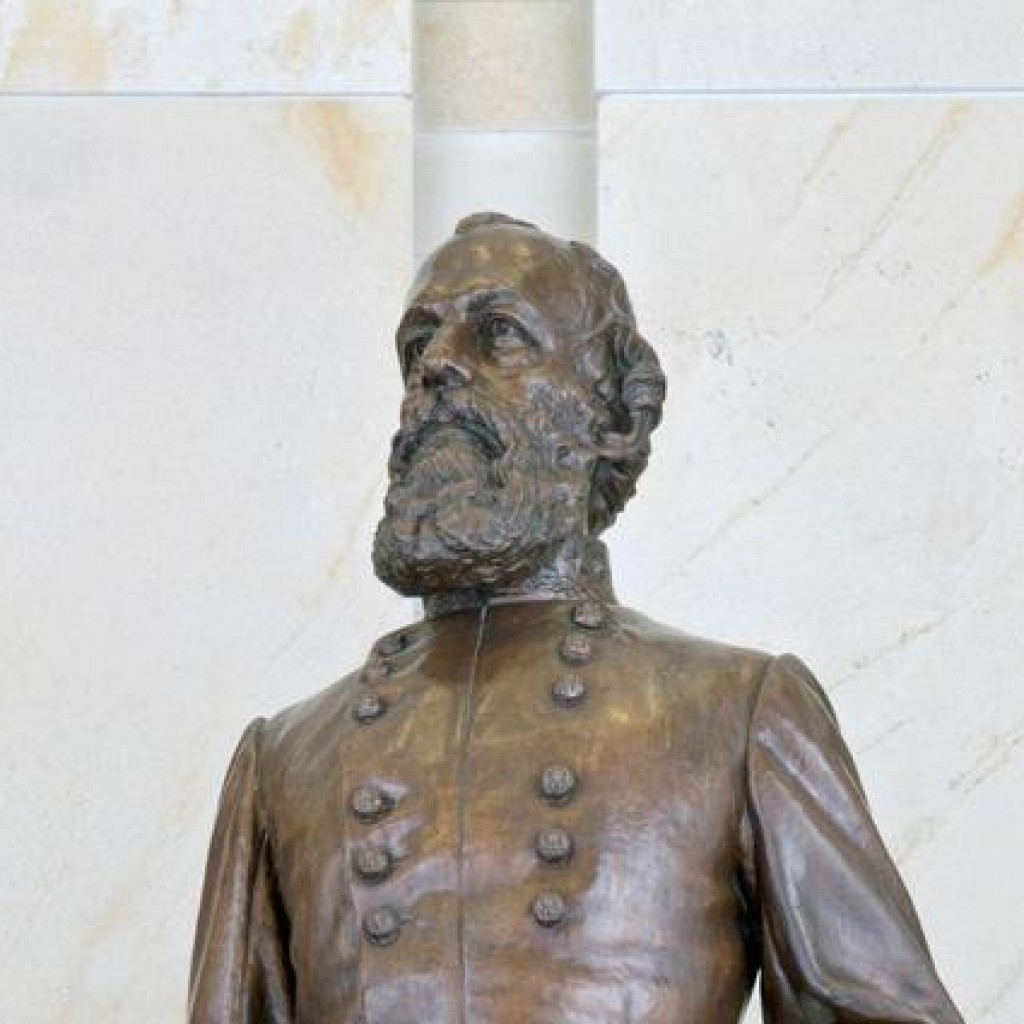 Although Pasco County Republican John Legg’s bill in the Senate that would remove the statue of Confederate Gen. Edmund Kirby Smith from Florida’s place in the National Statuary Hall Collection in Washington, D.C. advanced in committee on Wednesday, it was hardly smooth sailing.

Momentum for such legislation began last summer, in the immediate aftermath of the South Carolina Legislature voted to remove the Confederate battle flag from its statehouse grounds. That event took place after 21-year-old Dylann Roof went on a shooting spree in a black church in Charleston, South Carolina, killing nine black men and women. Roof had posed with a Confederate flag in photos. The tragedy renewed focus on Smith’s likeness in the Capitol, with critics complaining that his statue was a symbol of Florida’s divisive past that should be retired.

However, Legg failed to mention any of that when introducing the bill in the Senate Rules Committee, which led lawmakers like Niceville Republican Don Gaetz to question why there was any need to remove Smith’s statue at all.

“There is nothing in the bill analysis, nothing in the testimony, that tells us any reason why General Smith ought to be gone,” Gaetz mused. “Was he indicted? Did he commit some heinous act? There’s no indictment of him, no criticism of him,” Gaetz said.

Other legislators defended Legg’s bill, saying that there was nothing wrong with changing a statue that has been permanently encased in Washington since 1922.

“I don’t necessarily see any problem at taking a look at these things say every 60 years or so,” said Miami Republican Miguel Diaz de la Portilla.

Legg apologized before making his closing statement, saying that he had failed to make a thorough explanation when introducing the bill to the committee.

He began by referring to the fact that Smith only lived in Florida until he was 12 years old and never came back to Florida, and that his main claim to fame was teaching his slave how to read.

“I don’t think Mr Kirby lived in Florida long enough, had enough impact in our state, and quite frankly, I didn’t think he inspired us enough,” Legg said.

There was considerable opposition to the bill from members of the public.

“It’s a small political group who’s behind all this,” complained James Shillinglaw, a board member of the Museum of Southern History in Jacksonville, and a member of the Sons of Confederate Veterans. “There’s not a real outcry across the people of Florida to remove Kirby Smith. It’s just not there.”

“We cannot remove the good or the bad of our history. We can only move forward,” Ron Parks from Middleburg. Growing emotional, Parks said, “Our history cannot be removed, destroyed or tampered with in any form.”

“So we take Kirby Smith out of the Capitol Building in Washington D.C.  Where does he go? Where do we place him? What do we do with this portion of history?” asked MaryEllen Gwynes.

A companion bill  (CS/HB 141)  sponsored in the Florida House by Miami Republican Jose Diaz. His legislation calls for the Ad Hoc Committee of the Great Floridians Program and the Department of State to recommend candidates to replace Smith and the other Floridian whose statue is in the hall, John Gorrie, a pioneer in creating air conditioning.

previousLori Boyer: "we can change the face of this city"

nextRick Scott on CNN: still too early to endorse in 2016