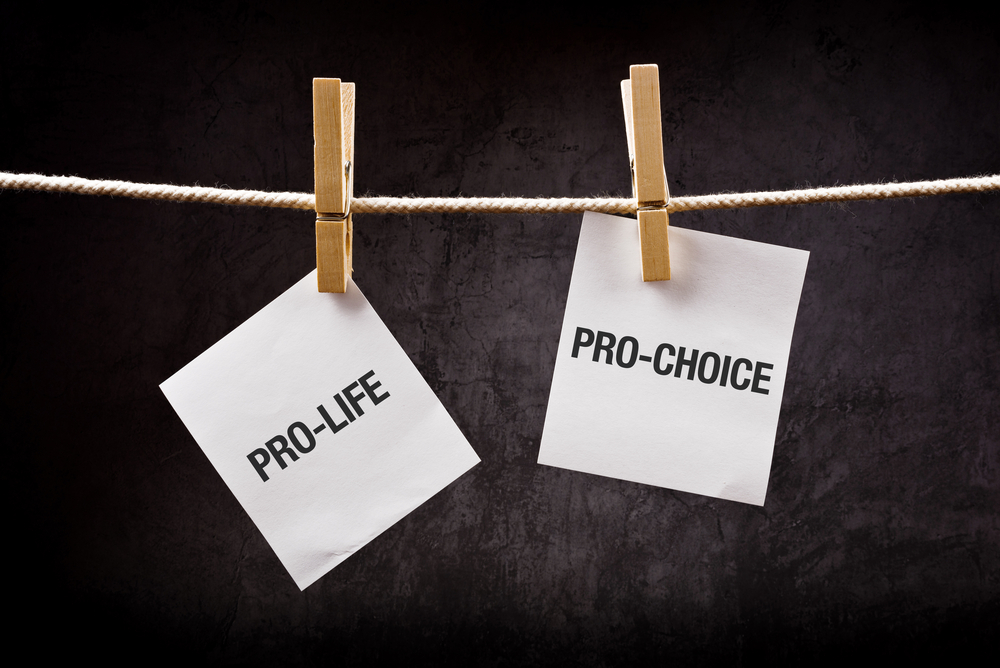 OCCUPIED TALLAHASSEE – The Legislature’s Banana Republicans will not rest until Florida starts to be like El Salvador, minus the delicious pupusas.

Abortion is illegal in El Salvador — no exceptions for rape, incest or the life of the mother. Anyone who has an abortion, anyone who performs an abortion, can be jailed for murder.

Uber-Baptist Rep. Charles Van Zant, R-Misogyny Heights, figures El Salvador’s got it about right. His HB 865 aims to re-criminalize a procedure that has helped millions of women. If Van Zant gets his way, performing an abortion would be a first-degree felony.

Because a zygote is as much a citizen as some chick.

The bill says, “The Legislature finds that all human life comes from the Creator, has an inherent value that cannot be quantified by man, and begins at the earliest biological development of a fertilized human egg.”

Up to a fifth of pregnancies end in miscarriage; the Creator must not put much “value” on those particular “preborn Americans.”

But back to Rep. Van Zant: He’s not one of the dimmer bulbs on the Christmas tree, he’s that broken socket that you worry will spark out and burn the joint down — tree, house and all. In 2009, he informed the Legislature that once we pump out all the oil, God will make some more and plunk it conveniently down in the Gulf of Mexico.

In 2014, he warned that Common Core “will promote double-mindedness in state education and attract every one of your children to become as homosexual as they possibly can.”

On the upside, if the kids are gay, they won’t need all those abortions.

Van Zant has been filing this nonsensical abortion bill every year since Reconstruction, but marginally more sane legislators have pretended not to see it. Until this year, when the House Criminal Justice Subcommittee approved it.

Unfortunately for the women of the state, other legislators share his demented zeal: Sen. Kelli Stargel of Lakeland (another uber-Baptist) has gone all Texas on us, wanting to take Planned Parenthood Clinics out of Medicaid HMOs, require doctors who perform abortions to have admitting privileges at a hospital no more than 30 minutes away from their clinics, and raise clinic licensing fees.

Stargel’s line is that her bill (SB1722) does not affect “the woman’s right to choose,” she said she’s just trying to make sure “that when she’s made that choice, it’s a safe choice.”

Translated from the original Doublespeak, Stargel actually means she hates reproductive rights, she doesn’t give a toss whether women choosing abortion are “safe,” and just wants to make it as hard to terminate an unwanted pregnancy as possible because, you know, Jesus hates sex.

Never mind that abortion is 14 times safer than childbirth.

The effect of her bill will be to shut clinics down — no matter what she says. Poor women, women in rural areas, will not only find it harder to have an abortion, they could be without their front-line healthcare provider.

Florida isn’t the first state to try an end run around laws its masters disapprove of. On Monday, the Supreme Court of the United States rejected North Dakota’s attempt to ban abortions as soon as a “fetal heartbeat” is detected — as early as six weeks into a pregnancy.

The Court rejected an appeal from Arkansas that abortions be outlawed after the 12th week as well as an appeal from Wisconsin that wanted to require hospital admitting privileges for abortion doctors (see Florida above).

You’d think these anti-women Republican radicals could take a hint.

Not Florida, of course. We’re famous for Doing Stupid Stuff. Especially there in the appropriately phallic capitol building. Screw the people? Can do!

Hey, your right to control your own body may be enshrined in law, and found constitutional over and over again, but that doesn’t mean Gov. P. Rick Scott and his mouth-breathing legislative enablers won’t try to trip you up. So what if defending unconstitutional measures in court costs millions? It’s just taxpayer money.

Remember when the governor conducted a bogus investigation into Florida Planned Parenthood clinics for violating the rule about second trimester abortions? Scott and his minions didn’t understand what “second trimester” means. PP was cleared. Yet when the state released the report, Scott’s people falsified the report, taking out the sentence exonerating the clinics.

What’s next, criminalizing miscarriages? Throwing women in jail for being addicted or otherwise “exposing their fetuses to dangerous substances”? They do that in El Salvador. They also do that in Indiana, Utah, and Tennessee.

The state could always look to El Salvador on contraception. It’s very hard to obtain there. If Scott and those twit legislators succeed in shutting down clinics, Florida won’t be much different. Most of what Planned Parenthood does is wellness tests, pap smears, and help with birth control. Only 3 percent of their business is abortion.

But Florida’s Republican fringe still want to talk about PP selling “baby parts,” even though that’s been exposed as nonsense. They keep hoping that somehow, some way, the country will elect an anti-choice president and the U.S. Supreme Court will overturn “Roe v. Wade.”

So far, the Supremes seem disinclined to do so. But in early March they’ll hear a Texas case (it would be Texas) called “Whole Woman’s Health v. Cole,” which challenges the state’s attempt to drive abortion providers out of business. We’ll see what happens, whether women are entitled to control their own bodies or are mere hosts for a citizen-fetus.

Diane Roberts teaches at Florida State University in Tallahassee. Her latest book is “Tribal: College Football and the Secret Heart of America.”