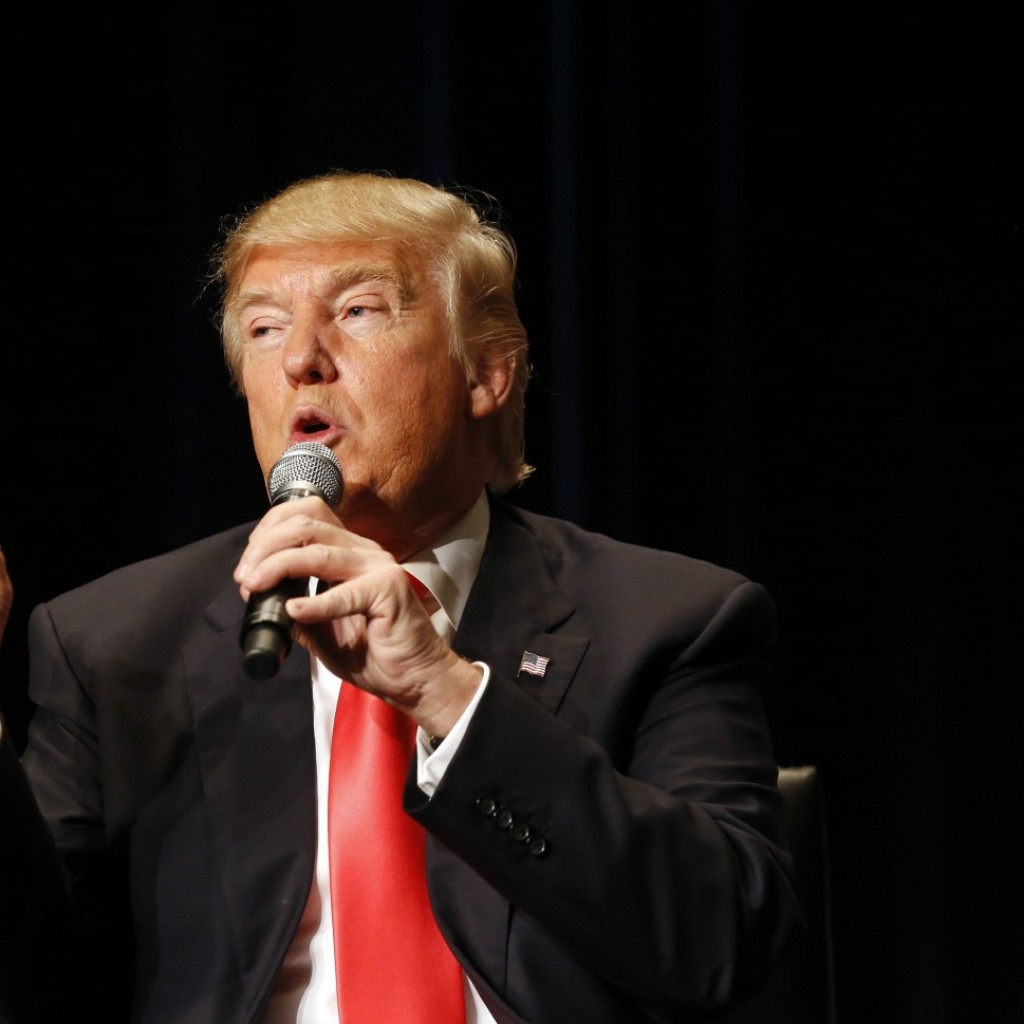 Because of the sheer ubiquitous cable news coverage he’s enjoyed over the past half-year, there are parts of a Donald Trump speech that are familiar territory, even if their new rants, such as his description about why he boycotted last week’s Fox News debate.

The presumptive GOP front-runner was in Milford, New Hampshire on Tuesday night, giving his second speech since being humbled on Monday evening, when he lost out to Ted Cruz in the Iowa caucuses, despite polls that said that he was the favorite going into the first election of the 2016 presidential cycle.

Trump would get around to Cruz in due time, but he seemed exasperated by what he felt was excessive coverage of the man who finished behind him in Iowa, Florida Senator Marco Rubio.

“The headlines said, ‘Trump Comes In Second. He’s humiliated!’ There were 17 people when we started. Now you have 11. I come in second. I’m not humiliated,” he said, as the sympathetic crowd cheered.

“Trump: no good. Rubio: unbelievable night!” he said, mocking the press coverage. “They said, ‘he’s very, very close,’ before noting the actual distance between second and third was over 2,000 votes.

“How come the person that comes in third on many of the networks, is being covered like one of the great victories in the history of politics in this country?” he asked.

On Tuesday, Cruz issued an apology to Ben Carson after his staff falsely told Iowa caucus goers that Carson planned to quit the race, calling it a “mistake.” Cruz had also been criticized by the Iowa Secretary of State because of a mailer was sent out to potential Iowa voters that seemed designed to look like an official notice warning recipients about “low voter turnout in your area.”

Trump trashed Cruz for those actions.

“These are truly dishonest people,” Trump said. “What kind of people do we have running for office?” he asked.

“I think I know why. You know why? Because he’s born in Canada!,” Trump said with expert timing, adding that if the Texas Senator gets the GOP nomination, the Democrats are going to “sue his ass.”

The New York City real estate magnate also couldn’t resist bashing “the legendary”Jeb Bush for his rather pathetic showing on Monday, a sixth-place finish that broke down into paying $2,884 for every vote. Trump said Bush should have just promised every voter a thousand dollars if they voted for him. “He would have won,” he mused.

Introducing Trump was former Massachusetts Senator Scott Brown, who formally endorsed him in his brief speech.

Organizers opened up a second room with a video screen because of the size of the crowd, though there was still plenty of space inside the hall in Milford.

Before the speech, Trump supporters said they weren’t surprised or upset about his loss in Iowa.

“Nobody thought he had a chance, ever,” said Robert Ferry, a resident of Worcester, Massachusetts. “He got into it and fought and fought, and he came in a very respectful second, for a guy who people said he’d never make it and self-destruct, he didn’t.”

Peters agreed when I asked if he thought that Trump was lacking details in his policy prescriptions. Then he said he read his recently published book, and no longer thinks that.

“His book explains everything,” he said, adding that “it’s probably the finest political book I’ve ever read.”

Peters also likes Ted Cruz, but said even Mike Huckabee (who quit the race after Iowa), saying, “He’d be better than Hillary.”

“We can’t go socialist,” Peters added. “It’s never worked in the world in history,” before saying again how screwed up the country would be if Trump doesn’t win the election.