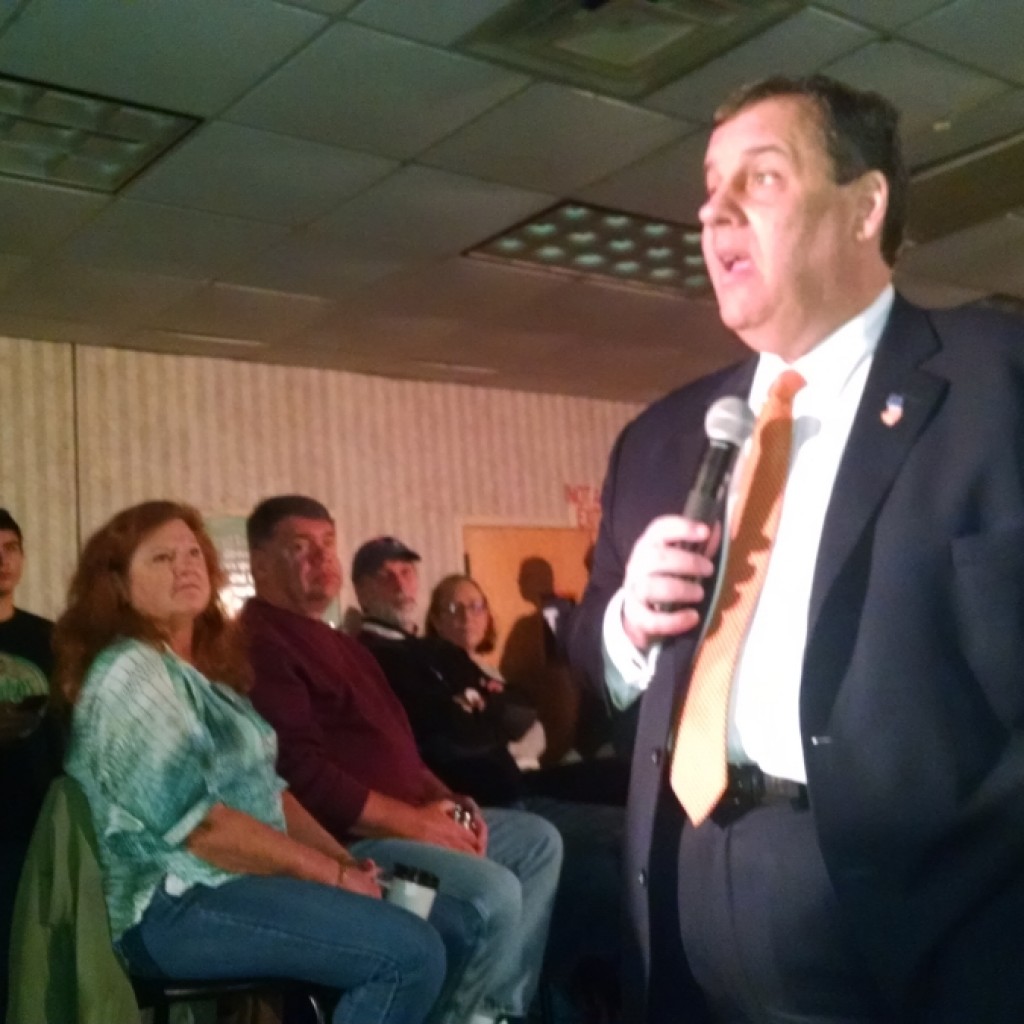 Chris Christie has been on a verbal tear against Marco Rubio this week, but the New Jersey governor was relatively restrained when talking about the Florida senator during his 90-minute town hall meeting held in Keene, New Hampshire, Thursday morning.

Christie said he was watching “Morning Joe” earlier in the day when he saw Rick Santorum discuss why he was endorsing Rubio for president, a day after the former Pennsylvania senator dropped out of the race.

Santorum was at a loss to to mention any significant accomplishments that Rubio has achieved in his political career, other than becoming Speaker of the House in the Florida Legislature and winning his seat to the Senate in 2010.

“That’s not the basis to becoming president of the United States,” Christie said. “A winning smile and a good read of a teleprompter with a set of notes is good, but what will that do for you in a crisis? The choice is too big and too important for us to back away.”

A few months ago Christie was reportedly making his move in the Granite State, where he has essentially lived in recent months, trying to break through in the Republican presidential sweepstakes. He’s been so attached to campaigning here that he apologized to his constituents last month, after he declined an immediate return to New Jersey after the region was beset by a major snowstorm.

Christie is in serious jeopardy of his all-in New Hampshire strategy. He’s mired in sixth place in the first-in-the nation-primary, according to the Real Clear Politics average.

“Shopping time is running out. Just a few days left for your primary shopping season, so now it’s time for a choice,” he said early on, before he fielded over a dozen questions from the intimate crowd of no more than 120 people at the Keene Elks Lodge.

There was plenty of Obama-bashing, as per usual (save for John Kasich) at a GOP presidential town hall. One such criticism came after  woman asked him what he would to restore the reputation of law enforcement officers she said have been disparaged by President Obama.

“I think it is simply one of the two or three most disgraceful parts of this administration, is that every time there’s a benefit of the doubt to be given, this president never gives it to police officers,” he said. “He always takes the opposite side.”

These New Hampshire town halls are definitely unscripted. An elderly woman asked Christie whether he’d be healthy enough to be president. He gave an elaborate response about getting lap band surgery to reduce his weight three years ago. He said he did it not because of his run for the presidency, but because he wanted to be healthy enough to be able to walk his daughters down the aisle when they eventually get married.

With an aging complement of U.S. Supreme Court justices, the next president could likely select several replacements. When asked he’d look for in nominees, Christie said essentially he’d outsource the vetting process to Justice Samuel Alito, like Christie a former U.S. Attorney in New Jersey.

“I’d call my friend, Justice Alito to the White House and I’d say to him, ‘okay, who are the very best circuit court judges whose opinions you read all the time, who are just like you: quiet, smart, consistent conservatives,” he said.”Give me four or five names. I’ll interview those folks, and those are the folks I’ll pick from.”

Christie boasted he hasn’t been ambivalent in acknowledging that climate change is real and human beings are contributing to it. He criticized the recent U.N. accord on global warming, saying it lets China off the hook for the next 15 years.

Christie said New Jersey is reducing carbon emissions, boasting the state gets 53 percent of its energy portfolio from nuclear power. “Three Mile Island was a long time ago. We need to get over it,” he said dismissively of nuclear critics.

He also said the Garden State is the third largest producer of solar power in the nation, behind Arizona and California. “Bring that to a bar in Keene, tonight,” he said as the crowd laughed. He said that because solar has gone down so much in price that in recent years that the New Jersey government has reduced the tax incentives it had been offering, and that by 2020, fully 22 percent of all the energy in the state will come from solar.

On health care, Christie said he didn’t have a perfect solution, but getting rid of the Affordable Care Act would be a good start. He said he’d let states decide.

He was less decisive, however, after Vermont resident said his state had tried that with Green Mountain Care, a single-payer health care plan ultimately tabled by the current governor because of rising costs.

Christie said he didn’t think it worked out because it wasn’t operating in a system being done elsewhere in the country.

Before the speech a Keene resident named Bob (who insisted on keeping his last name out of the story) said that he has seen Bernie Sanders, Hillary Clinton, Kasich and now Christie in New Hampshire recently. He said he thought Christie once had something special, but said he had become too much like every other Republican running in the race. He left before the meeting ended, so we couldn’t get his take on what he thought of Christie’s response on climate change.