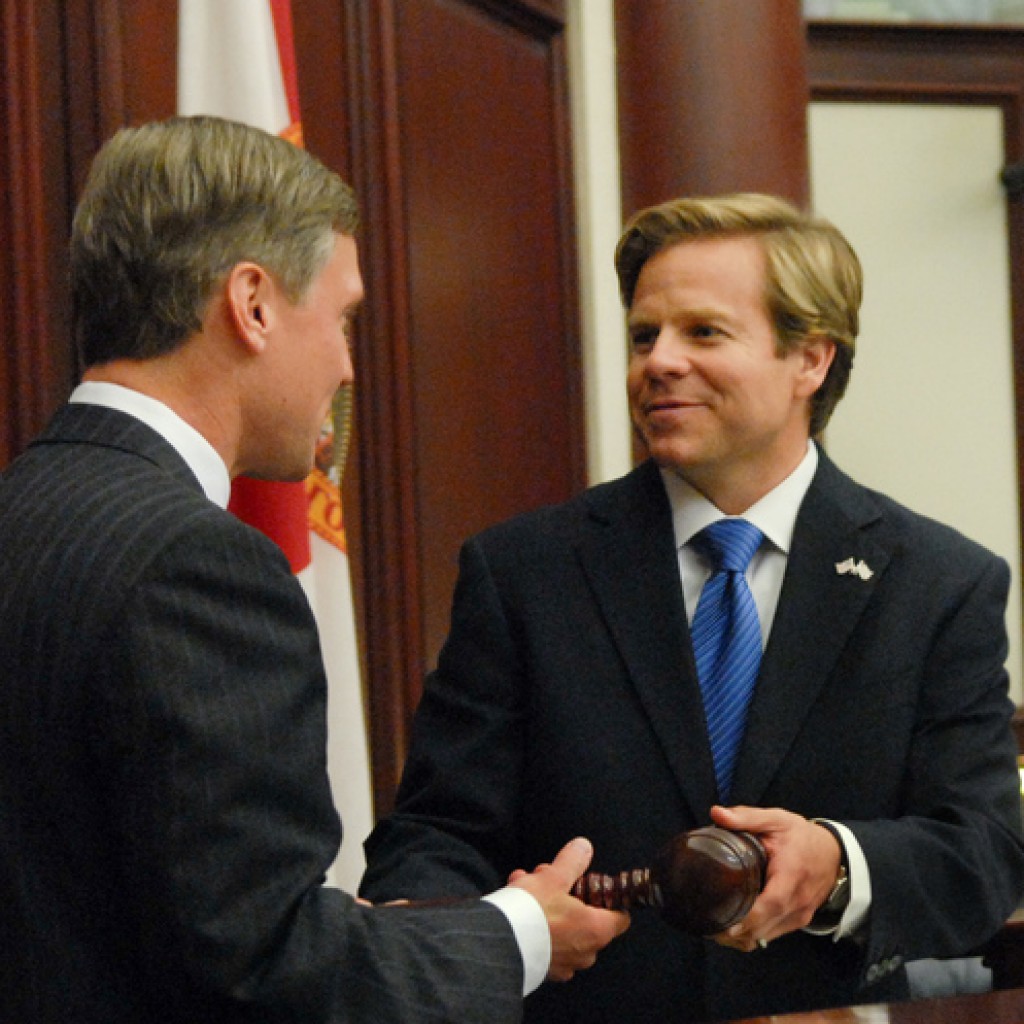 Longtime lobbyist Frank Tsamoutales has filed suit against former Senate President Mike Haridopolos, who until recently worked for him, saying the ex-politician committed fraud and breach of contract by “trading on his former political positions to receive large sums of money” instead of “performing meaningful work,” according to a complaint.

Haridopolos called the suit “laughable,” saying it was a preemptive strike against Haridopolos’ own planned lawsuit for nonpayment of more than $400,000 in fees that Haridopolos told FloridaPolitics.com he’s still owed.

He also is suing Haridopolos for tortious interference with a contractual relationship, saying he wrongly “encouraged and induced” lobbyist Amy Bisceglia to leave Tsamoutales’ firm, Tsamoutales Strategies, taking confidential information so that she and Haridopolos could steal lobbying clients from Tsamoutales, the suit said.

The complaint alleges that Haridopolos and Bisceglia now are working together. Bisceglia packed up her belongings, “unbeknownst to Tsamoutales,” when the office was closed in December “for a 2-week paid Christmas break.” She turned in her resignation on Jan. 4, according to the suit.

Haridopolos, a Merritt Island Republican who was Senate President in 2010-12, was close friends with Tsamoutales, joining his firm in 2013 as “chief strategy officer” for $240,000 a year.

Tsamoutales is based in Tallahassee but has clients across the United States, his suit said. In Florida, Tsamoutales is personally registered to lobby for The Florida Bar, Honeywell International, Masonite Corp. and Rubin Communities, among others.

On the other hand, “Haridopolos is an unknown throughout the country,” the suit said.

Tsamoutales made Haridopolos promise he would “devote considerable personal time and effort” to the job, the suit said.

The reason: He was “concerned about a pattern of conduct on the part of Haridopolos that was thoroughly investigated by journalists, where he had traded on his political position within the state of Florida to receive large sums of money for alleged services which he never performed, or as to which he delivered only token performance,” according to the complaint.

Haridopolos “repeatedly assured (Tsamoutales) that (he) would personally devote substantial portions of his time” exclusively for Tsamoutales Strategies.

Further, “Tsamoutales paid (Haridopolos) close to $500,000” during his time with him, though Haridopolos contends he hardly saw a dime.

“This is laughable,” Haridopolos told FloridaPolitics.com. “Frank filed this so-called suit because he knew a lawsuit from me against him for nonpayment was imminent. Just last week, we concluded two failed mediation attempts, which my lawyer initiated, where he offered to pay me a fraction of what he owes me for consulting retainers over the last year and a half.”

Haridopolos called the lawsuit “a legal stunt in an attempt to dodge paying his bills … This will all be settled in court where it will be clear that Frank has failed to pay me for services rendered.”

Tsamoutales could not be immediately reached for comment at his office Monday afternoon.