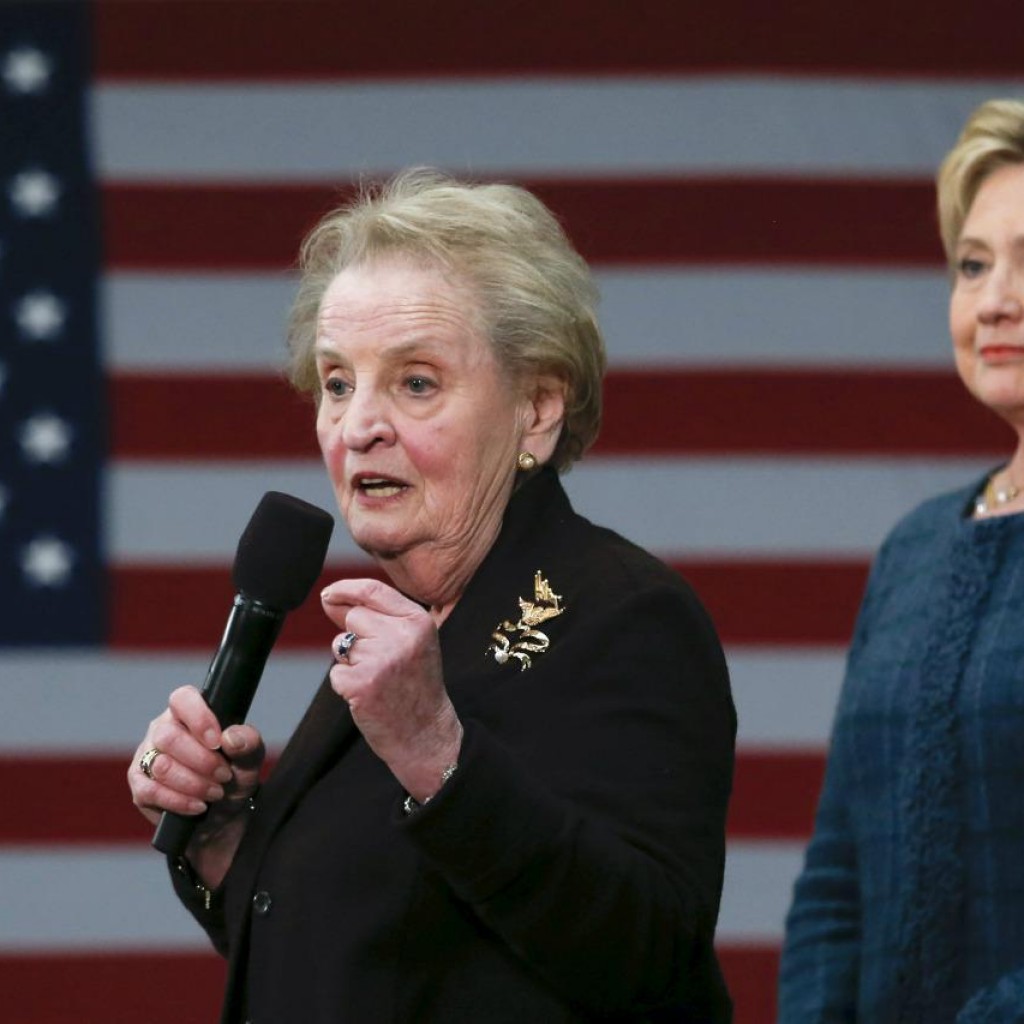 Madeline Albright and Gloria Steinem need to stop obsessing about young women who won’t vote for Hillary Clinton. There’s a better use for their time and energy if they want her to be elected president.

That’s to take Clinton by the shoulders, shake her until her teeth rattle, and scream into her ear, “Who do you think you are? Marie Antoinette?”

But here’s what Clinton did say when asked why she took $675,000 from Goldman Sachs for just three speeches.

“That’s what they offered.”

It didn’t occur to her how that would sound to the average American, who earns less over five whole years than Clinton’s $225,000 for a one-hour speech.

Her tone-deafness persisted when she was asked to release the transcripts.

“Let everybody who’s ever given a speech to any private group under any circumstances release them,” she said. “We’ll all release them at the same time….These rules need to apply to everybody.”

Now for an actuality check.

If the Wall Street bankers offered her $225,000 per speech, it’s because that seems to be the least she expects from any outfit that wants to hear her, and her agents aren’t the only ones who know that. McClatchy newspapers reported last week that she was paid that much or more from each of four public universities, with UCLA topping out at $300,0000. The article estimated $21.5 million for her speaking fees from the time she stepped down as secretary of state until she declared her candidacy last year.

As for “everybody else,” everybody else isn’t running for president. She is. Her friendship with Goldman Sachs and other Wall Street institutions is a legitimate concern for voters, and so are the contents of those speeches.

It would be surprising, though, to find in them any sensitive information, anything that the bankers couldn’t get from hearing any other well-informed person, be she a politician, pundit or professor. One of the speeches reportedly was about nothing more out of the ordinary than her views on the status of women.

According to the New York Times, this describes another:

“Mrs. Clinton mainly offered what one attendee called ‘a tour of the world,’ covering her observations on China, Iran, Egypt and Russia. This person said Mrs. Clinton also discussed the dysfunction in Washington, how to repair America’s standing in the world after the government shutdown and also talked a bit about the Affordable Care Act, which had had a difficult rollout.”

One likely reason Clinton doesn’t want to release the transcripts is because they would reveal that she wasn’t paid for what she would say but for who she is — a potential president whose favor Goldman Sachs would value most highly.

Another factor, regrettably, is an instinct for secrecy that keeps getting her in trouble. The stonewalling over her Whitewater transactions — which proved eventually to be insignificant — led directly to an out-of-control special prosecutor and the stunning spectacle of her husband’s impeachment over a sexual affair.

The closed-door gestation of the Clinton Administration’s health care package bred suspicions and lack of trust that contributed directly to its defeat.

That said, it’s time for context.

Clinton isn’t the only candidate with a Wall Street problem.

Jeb Bush went from the governor’s office to the Lehman Brothers payroll at $1.3 million a year just after his State Board of Administration began entrusting the Wall Street firm with – eventually — some $1.5 billion in Florida pension and municipal trust funds. Lehman’s collapse in 2008 left him without that job and Florida taxpayers with huge losses.

More context: Clinton is hardly the only golden-tongued ex-officeholder. Former President George W. Bush reportedly commands between $100,000 and $150,000 for each of his speeches. From 2001 to 2013 Bill Clinton earned more than $100 million, according to CNN, which added that Condoleeza Rice, Colin Powell, Dick Cheney, and Jimmy Carter, among others, have had speaking fees in the five-to-six-figure range. (Carter’s exemplary ex-presidency moots that issue.)

Large as those sums seem, they’re small compared to such excesses as the average $5.15 million salary of a professional basketball player or the $254,000 that Alex Rodriguez averaged for each base hit in a single season.

Everyone knows that life isn’t fair. Most people understand that teachers, firefighters, soldiers, police officers and so many others will always be woefully underpaid, particularly when compared to speechmaking politicians, rock stars and hotshot athletes.

But most people also expect those they elect to show some sensitivity to life’s unfairness. The sense of entitlement that Clinton projects through her tone-deaf explanations is quite the opposite of that.