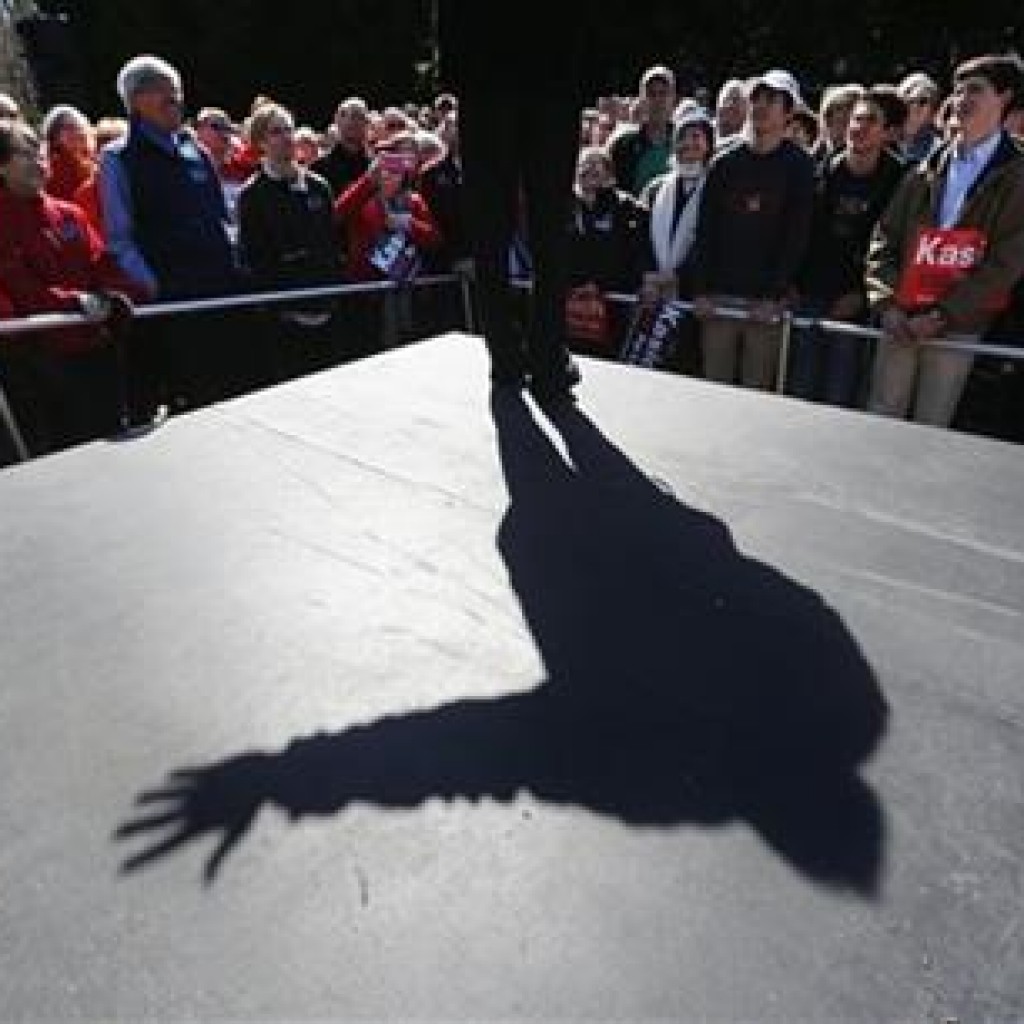 The death of Supreme Court Justice Antonin Scalia jolted the Republican primary hours before Saturday night’s debate, with Ted Cruz and Marco Rubio arguing that Scalia’s replacement must be nominated by the next president, not Barack Obama.

Cruz called the conservative Scalia an “American hero” and said the Senate should “ensure that the next president names his replacement.” Rubio said the “next president must nominate a justice who will continue Justice Scalia’s unwavering belief in the founding principles that we hold dear.”

The candidates were backed by Senate Majority Leader Mitch McConnell.

Other candidates, including Donald Trump and Jeb Bush, sidestepped the question of who should nominate Scalia’s replacement in statements mourning the justice. But they’re sure to be pressed for their opinions during the debate in Greenville, South Carolina.
Until now, the Supreme Court has factored into the presidential race only tangentially, with candidates reminding voters that the next president could be responsible for filling multiple vacancies.

Just six contenders will take the debate stage, far from the long line of candidates who participated in earlier GOP events. But even with a streamlined field, the Republican race remains deeply uncertain.

Rubio, Bush and Ohio Gov. John Kasich are vying for the support of more traditional Republican voters. But all three are chasing Trump and Cruz.

Much of the attention Saturday night will be on Rubio, who fell to fifth place in the New Hampshire primary after stumbling badly in the last GOP debate.

Florida’s junior senator has faced criticism that while he delivers a good speech and sharp answers in debates, he lacks depth. He played into that characterization when he repeated the same practiced line multiple times under pressure from New Jersey Gov. Chris Christie.

While Rubio has sought to shed some of his reliance on talking points in recent days, the debate will be a prime test of whether he can rebound.

Rubio’s poor performance has created a potential opening for Bush, the former Florida governor, and Kasich. Bush in particular will need a solid showing in South Carolina, given his prominent political family’s ties to the state, while Kasich is just hoping to remain viable until the race heads to friendly territory for the Midwestern governor.

Having split the first two voting states, Trump and Cruz are hoping to add to their win total in South Carolina’s Feb. 20 primary.

The relationship between the billionaire and the Texas senator has become increasingly acrimonious in recent days. Cruz released a television advertisement before the debate accusing the real estate mogul of a “pattern of sleaze,” spurring Trump to fire back on Twitter with another round of questions about his Canadian-born rival’s eligibility to be president.

If Cruz “doesn’t clean up his act, stop cheating, & doing negative ads, I have standing to sue him for not being a natural born citizen,” Trump wrote.

While Trump will be standing at center stage, signifying his lead in national preference polls, Rubio will be the center of attention.

Katon Dawson, former chairman of the South Carolina GOP, said he expects the debate to have more of an impact on his state’s voters than the results in either Iowa or New Hampshire.

“In the last couple of races, we have seen our voters hold their final pick until a couple of days before,” Dawson said. “After the church bells ring on Sunday, people are going to start paying a lot of attention.”

Also on stage Saturday will be Ben Carson, the retired neurosurgeon who has struggled to stay relevant in the debates as his standing in the race sharply slipped. Carson pledged that he wouldn’t allow himself to be ignored.

“I’m going to be much more boisterous,” he said on Fox TV.

Poor showings in Iowa and New Hampshire led some frequent debate participants, including Christie and Kentucky Sen. Rand Paul, to end their campaigns. Nearly all lower polling candidates who have populated undercard debates have also all ended their White House bids.