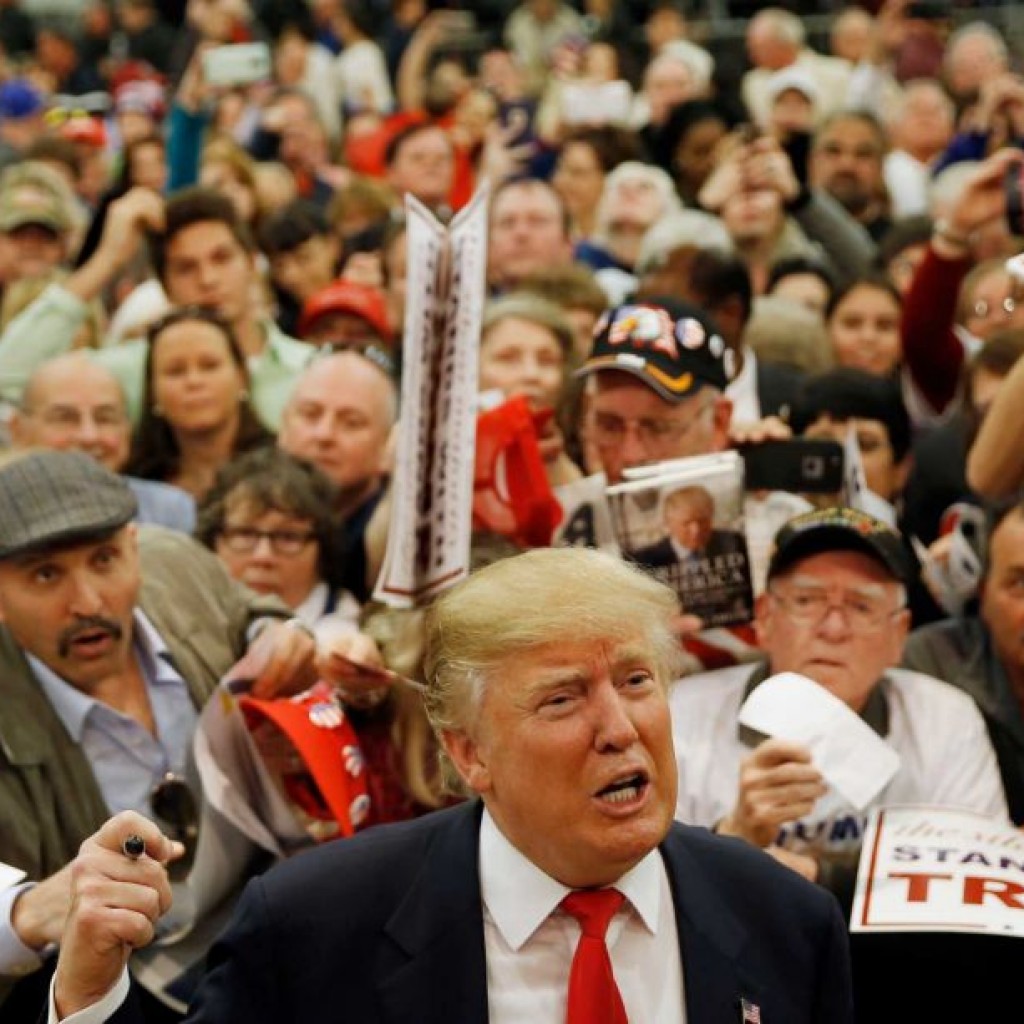 The Republican battle for South Carolina turned deeply personal on the eve of Saturday’s high-stakes presidential primary, as New York businessman Donald Trump eyed a delegate sweep and his Republican rivals fought for a southern surprise.

Texas Sen. Ted Cruz, the son of a pastor, evoked “the body of Christ” in his closing message while fending off allegations of campaign misconduct in a state where most Republicans identify as evangelical Christians. At the same time, Trump allies took subtle shots at Pope Francis for questioning the Republican front-runner’s devotion to Christian principles. Ohio Gov. John Kasich opened up about the death of his parents. And Jeb Bush turned to his mother to help revive his underdog campaign.

Friday marked an emotionally charged day in the campaign, with 50 delegates up for grabs in Saturday’s primary contest. Candidates were also trying to stoke some badly needed momentum heading into the next phase of the campaign: March 1’s Super Tuesday.

Trump appeared to hold a commanding lead less than 24 hours before voting was to begin in South Carolina. With a big win, the billionaire businessman could take home most, if not all, of the state’s 50 delegates. Such a victory would mark a particularly painful blow to Cruz, whose consistent focus on Christian values and southern roots should have given him a distinct advantage here.

As the undisputed Republican front-runner, Trump was a popular target in the final-hours’ scramble for votes.

“Trump values are not South Carolina values,” the state’s senior senator, Lindsey Graham, charged during a Charleston rally for Bush. Former first lady Barbara Bush offered a positive contrast with her son’s values: “He’s steady. He’s honest. He is modest. He is kind, and he is good.”

Trump’s campaign continued trying to brush off an extraordinary criticism from Pope Francis the day before. When asked about Trump’s call to build a massive wall on the U.S.-Mexican border, the leader of the Roman Catholic Church said those who seek to build walls instead of bridges are not Christian.

“I say only that this man is not Christian if he has said things like that,” Francis said aboard the Papal plane.

Trump called the Pope’s words “disgraceful” on Thursday, but offered a distinctly softer jab as he courted South Carolina voters on Friday.

“Yesterday, the Pope was great,” Trump told an audience in Myrtle Beach. “They had him convinced that illegal immigration was like a wonderful thing. Not wonderful for us. It’s wonderful for Mexico.”

Added Trump supporter, pastor Mark Burns: “We respect and honor the Pope. But I don’t know … The walls that are around the Vatican are pretty big walls.”

Campaigning in the same city, Cruz tried to take advantage of the spiritual spat by highlighting his own religious devotion.

“Every minute that you’re not on the phone calling friends and loved ones, spend beseeching God, praying for this country, that this spirit of revival that is sweeping this country continue and grow, and that we awaken the body of Christ,” the Texas senator said.

Cruz also took a veiled shot at Trump’s campaign motto, featured on hats, T-shirts and bumper stickers. “It’s easy to say, ‘Let’s Make America Great Again,'” he said. But, he asked, “Do you understand what made America great in the first place?”

While Cruz wanted to be on offense, his campaign faced new questions about a website it created this week attacking Rubio’s record. The site features a photo of Rubio shaking hands with President Barack Obama. After Rubio’s team complained, Cruz’s campaign acknowledged that the photo was manufactured using a computer program.

“Every picture in a political campaign is photoshopped,” Cruz spokesman Rick Tyler told FOX News when pressed to explain the tactic.

Meanwhile, the lesser-known Kasich continued to highlight his compassionate side. In a television ad broadcast across the state, he spoke of his parents’ deaths at the hands of a drunk driver.

“I was transformed. I discovered my purpose by discovering the Lord,” Kasich says in the ad.

The day before, the Ohio governor hugged for several moments a teary supporter who opened up about his own personal struggles. Speaking to reporters Friday, Kasich recalled a New Hampshire woman who told him about her child’s fight for sobriety and another in South Carolina who talked about her medical problems.

“For some reason people feel safe in telling me stuff,” Kasich said. “There’s a bigger message than about me. Forget me, it’s about all of us having to pay more attention to some other people.”

The personal and religious appeals come in a state where religious conservatives typically play an outsized role. In South Carolina’s 2012 Republican primary election, two-thirds of the voters identified themselves as born-again or evangelical Christian.