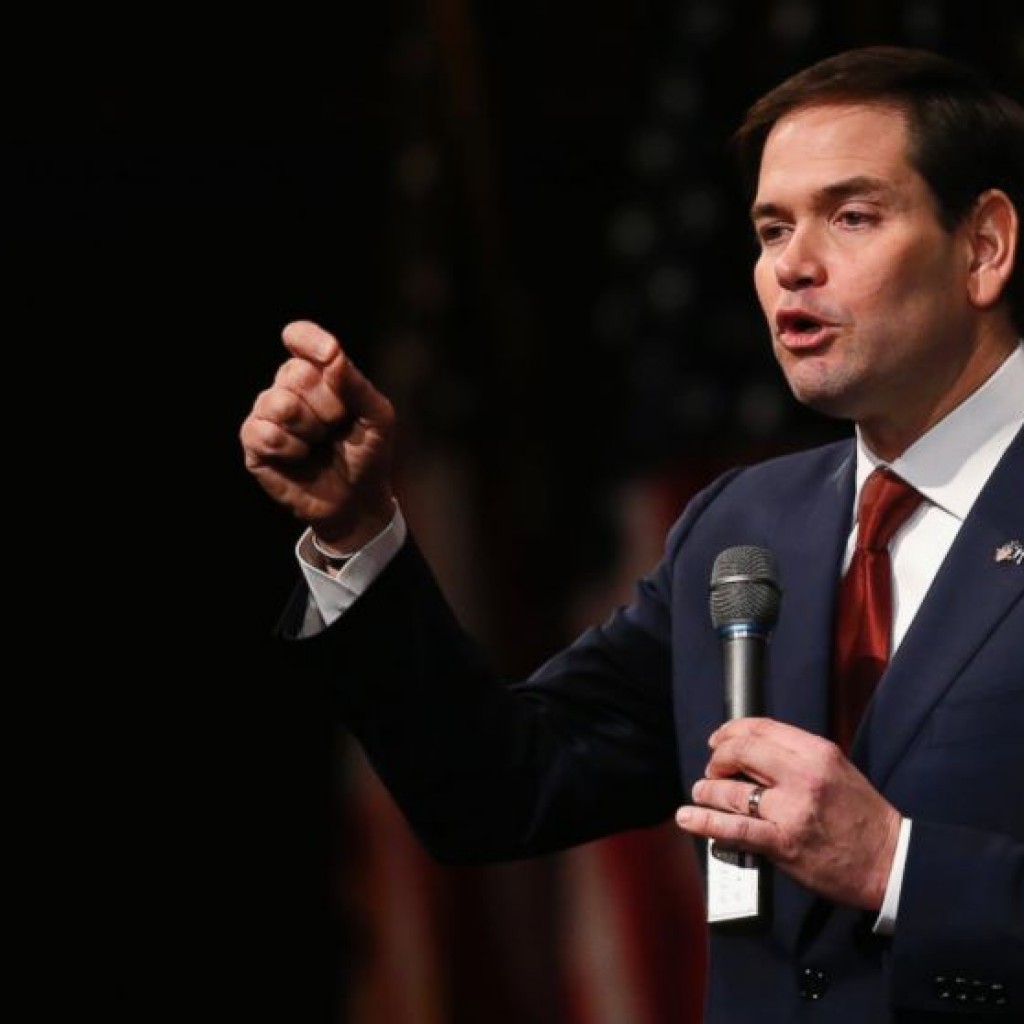 An election watchdog organization filed a complaint Friday with the Federal Election Commission over a $500,000 donation to a super political action committee aiding Marco Rubio from a mystery firm headed by a New York investor. Efforts by good government groups to stem the use of shadowy corporate entities to channel large political donations have been long stymied by the FEC’s internal political paralysis.

The complaint from the Citizens for Responsibility and Ethics in Washington, or CREW, seeks an investigation into IGX LLC for masking the donation and to determine whether the Conservative Solutions PAC was aware of the origins of the contribution. The actual donor, Andrew Duncan, of Brooklyn, New York, acknowledged to The Associated Press earlier this month that he had routed his contribution through IGX, a business entity registered last year in Delaware.

Noah Bookbinder, CREW’s executive director, the group filed its complaint because “you’re not allowed to use a corporation as a pass-through to hide donations.” He said IGX’s lack of business activity “makes it appear that it was being used as a pass-through.”

Duncan and spokesmen for the super PAC and the FEC did not immediately respond to requests for comment from the AP.

Large political donations masked behind limited liability companies have become increasingly common with the rise of super PACS. Donors are obligated under federal law to identify the source of the gifts but are allowed to shield them through corporate entities.

In many cases, donors’ identities have been exposed by media or political organizations, but the FEC has yet to rule on recent complaints because the agency’s Democratic and Republican-leaning commissioners remain deadlocked. The agency’s six commissioners are divided evenly between Democratic and Republican appointees and have repeatedly split in recent years along party lines, prompting the FEC’s chairwoman, Ann M. Ravel, to publicly vent frustration last year about its inaction.

“We’re very concerned about the stalemate at the FEC, but we feel we have an obligation to take the steps necessary to get action,” Bookbinder said. He said that bringing attention to the issue of masked donors “creates a political cost to donors and campaigns that violate the rules.”

Election watchdog groups have filed a spate of FEC complaints about masked donors since the rise of super PACs. The Supreme Court ruling in 2011 in the Citizens United case allows nearly unfettered contributions from corporations and labor unions to political committees.

One good government group, the Campaign Legal Center, has filed five complaints. Among them is a 2012 request for a closer look into the use of two Tennessee “straw companies” that channeled $12 million in donations to a super PAC run by the conservative organization, FreedomWorks of America. The money was spent on congressional races. The FEC has yet to rule on the 3-year-old complaint.

In the IGX LLC case, Duncan conceded that he was the source of the money after the AP found a similar $2,700 donation he had made to Rubio’s campaign under his own name and IGX. Duncan, an activist on behalf of human rights in China, told the AP he supported Rubio’s stance on China but was worried about reprisals.

Duncan’s corporate shield was one of several that cropped up in federal contribution filings last month. Billionaire Frank VanderSloot of Idaho also gave $175,000 to Conservative Solutions through two LLCs. And a $125,000 donation was made to a super PAC supporting Republican Iowa Gov. John Kasich from HJK LLC, an entity registered to a firm headed by Peter S. Kalikow, the former publisher of the New York Post.