Lenny Curry stands behind Marco Rubio, even as path to victory narrows 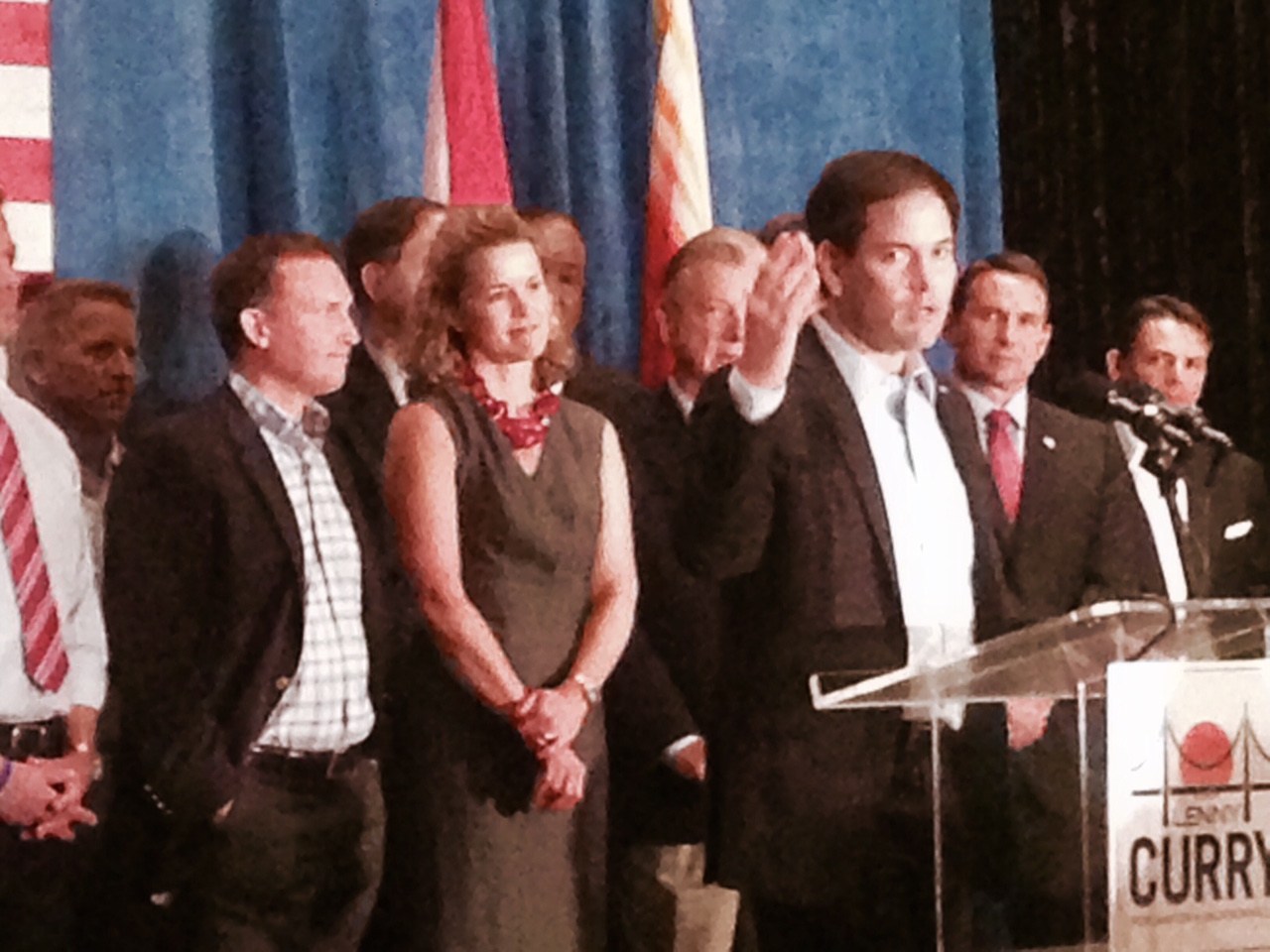 Jacksonville Mayor Lenny Curry endorsed Marco Rubio one day after the South Carolina primary. before an underwhelming Super Tuesday for the Florida Senator.

Curry participates in an event Thursday evening at the Rubio campaign headquarters in Jacksonville. With no polls having Rubio in first place. the question Florida Politics had for Curry: was there Rubio remorse?

It didn’t happen, of course, and the mythology of Rubio’s rise from 3% in the polls to Senator is one that Curry, like other Jacksonville Republicans who supported the Senator early on, clearly subscribes to.

When we asked Curry if Rubio was just running a one state campaign, and about Rubio’s path going forward, Curry used a sports metaphor: “we’re in the ballgame.”

A cynic would point to the scoreboard, either of polls, delegate count, or cash on hand, all metrics that show Rubio in need of a hurry up offense.

The rumors are flying fast and furious from supporters of other candidates. One has claimed that staffers in the mayor’s office (the names mentioned are Donna Barrow, an avowed Rubio partisan, and Robin Lumb, the former Duval GOP chair to whom Barrow is a direct report) made calls from city phones to former and current City Council members attempting to enlist their support of Rubio.

Curry had no comment on that, but Curry’s spokeswoman, Marsha Oliver, did.

“Both Ms. Barrow and Mr. Lumb have been asked about the rumors. They are false. Both advised that they have not used any city equipment,  property, or time for campaign efforts. Ms Barrow shared that she has not made any such calls,” Oliver said.