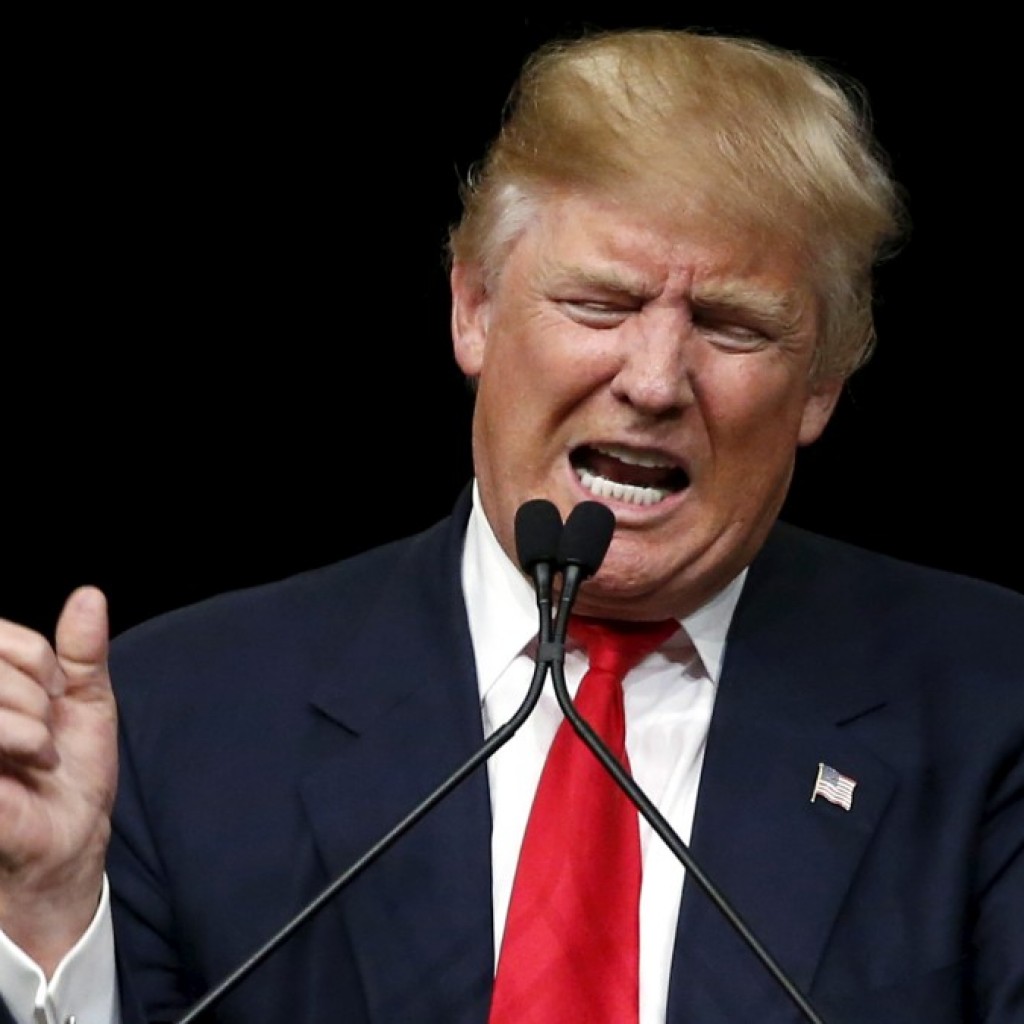 Donald Trump doubled down on war crimes in that gutter-level brawl the other night, insisting that military personnel who have been trained to refuse illegal commands would not dare to disobey his orders to torture terrorism suspects and murder their families.

“They’re not going to refuse me,” said the would-be egotist-in-chief. “If I say do it, they’re going to do it.”

Did any other aspiring tyrant ever make his criminal intent so clear?

There’s a theory among Republicans — the rational ones, anyway — that Trump would spell disaster for them in November.

I’m a liberal Democrat. So shouldn’t I be rooting for Trump to take the Florida delegates in the March 15 primary and just about seal the GOP’s doom?

Reason one: America needs the checks and balances of two fully functioning major political parties. It isn’t good for the nation if one of them self-destructs.

Reason two: It ought to be unthinkable that someone so amoral, so unqualified, so irresponsible, so brutish, so unbalanced and so vulgar as Trump could become President of the United States.

Even if the odds are against his winning — but remember, the conventional wisdom about him has been wrong from the start — the mere possibility is a clear and present danger to the republic.

So I’m pulling for Marco Rubio to pull it out in Florida, slow Trump’s momentum, breathe some sanity into the campaign, and give the nominating convention a chance to pick a respectable nominee out of the chaos of a first-ballot deadlock.

Rubio exemplifies what they say about politics being an exercise in relativity. His career has been defined by ambition for higher office rather than by accomplishment therein. He’s a crackpot on taxes and an extremist on abortion. He cowed before the Tea Party on immigration and stooped to Trump’s level of bathroom innuendo.

But he has this going for him: He’s not a bigot, a bully, a misogynist, a hater, or a demagogue like Trump. He’s not a political and religious fanatic like Ted Cruz.

By elimination, he is the best of the Republicans except for John Kasich, who is not a viable alternative in Florida.

Rubio can carry Florida only if enough Republican voters stop and think about what a vote for Trump would do to their party and their country.

Some are beyond reason. They’ll vote for Trump not knowing, or caring, that he can never speak truth when there’s a lie to be told. Some will vote for him because he is a bigot, not despite of it, since they hate Mexicans and Muslims as much as he seems to, or because they hate blacks and Jews as much as Trump supporters David Duke and Louis Farrakhan do.

Despite knowing that he’s unfit to be president, there are people who will still vote for him as an obscene gesture to the “establishment” that they have been taught — oh, so carefully taught — to hate. He is to right-wing politics as the monster was to the fictional Dr. Frankenstein.

No one has diagnosed the problem better than David Brooks, the conservative New York Times columnist, in his Feb. 26 op-ed, “The Governing Cancer of Our Time.”

A “big, diverse society” like ours, Brooks writes, can function in either of only two ways — “politics or some form of dictatorship. Either through compromise or brute force. Our founding fathers chose politics.”

In politics, no one ever gets everything they want. But now we have people like the Tea Party, and some groups on the left, who want “outsiders” unwilling to compromise on anything.

“They suffer,” Brooks explains, “from a form of political narcissism, in which they don’t accept the legitimacy of other interests and opinions. They don’t recognize restraints. They want total victories for themselves and their doctrine.”

Trump is the product of that death spiral, “the culmination of the trends we have been seeing for the last 30 years … the bashing style of rhetoric that makes conversation impossible … the declining importance of policy …

As Mitt Romney put it the other day, Trump personifies a “brand of anger that has led other nations into the abyss.”

A vote for Trump, even if only to “send a message,” is in effect an obscene gesture at everyone who tries in good faith to make American politics work. It’s an extended middle finger against everything America should stand for.

If you’re still of a mind to make that gesture, try practicing it in front of a mirror, and reflect upon what it says about you.