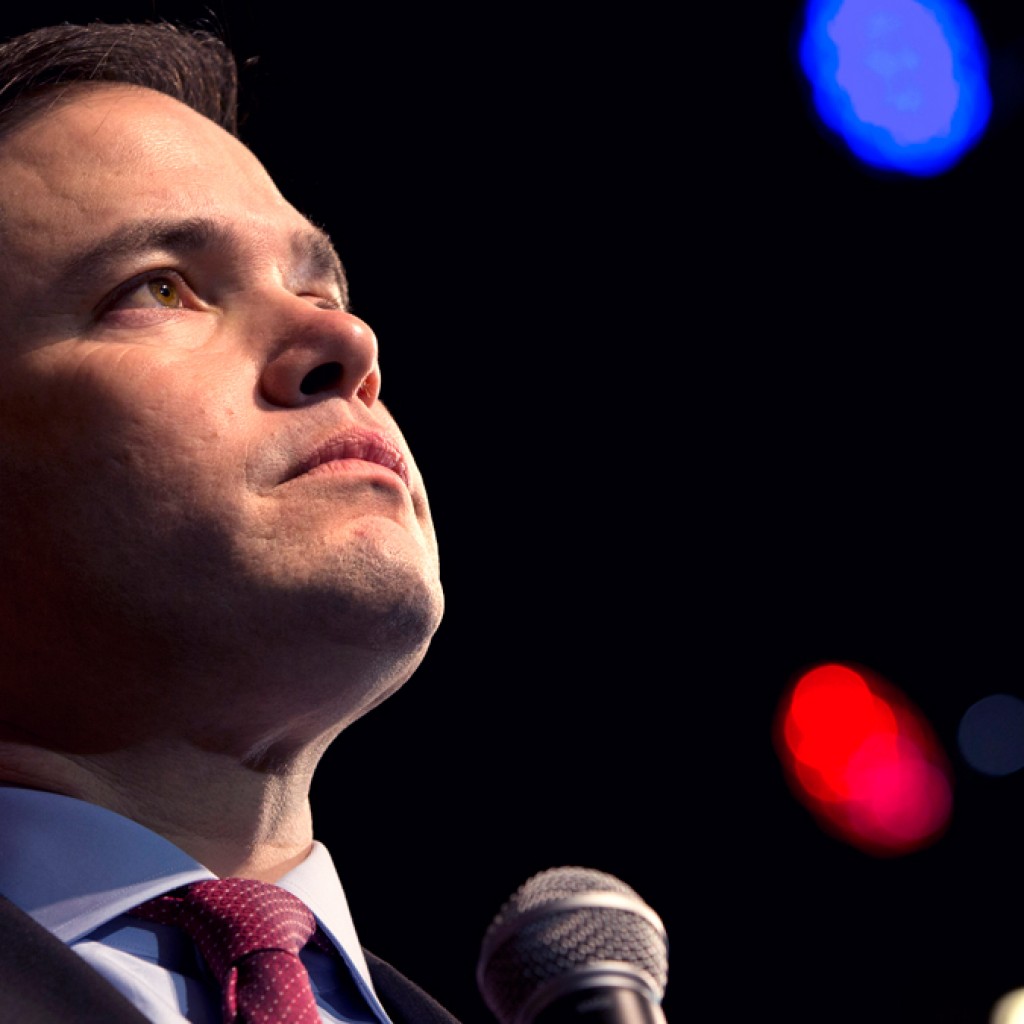 Marco Rubio ended his campaign Tuesday after being trounced in his own state by New York businessman Donald Trump.

Rubio is expected to come in a distant second behind Republican front runner Trump. According to the Florida Division of Elections, Trump leads the pack with 45 percent of the vote. Rubio trails Trump with 27 percent, followed by Ted Cruz with 17 percent. John Kasich is in fourth with 7 percent.

“After tonight it is clear that while we are on the right side, this year we will not be on the winning side. I take great comfort in the ancient words which teaches us that in their hearts humans plan their course, but the Lord establishes their steps,” said Rubio before announcing he was suspending his campaign. “And so yet, while this may not have been the year for a hopeful and optimistic message about our future, I still remain hopeful and optimistic about America.”

The vote results came as a blow to the Florida Republican’s campaign. He long said he would win his home state, and spent the past week barnstorming Florida to drum up support. Florida’s junior U.S. senator failed to gain traction, though, and several recent polls showed Trump handily beating Rubio.

Rubio announced he was running for president in April 2015. The 44-year-old Republican faced criticism from some Floridians for his decision to run as a competitor to one-time GOP presidential hopeful Jeb Bush.

Bush, who bowed out of the presidential race after the South Carolina primary last month, received about 2 percent of the vote in Florida, according to unofficial election results.

In a 15-minute speech to supporters Tuesday evening, Rubio thanked supporters for their hard work and dedication over the past year.

The former Florida legislator said he “endeavored over the last 11 months to bridge this divide within our party and within our country.” He also said he tried to build a campaign “that would love all of the American people, even the ones that don’t love you back.”

“I know firsthand ours is a special nation because where you come from here doesn’t decide where you go.”