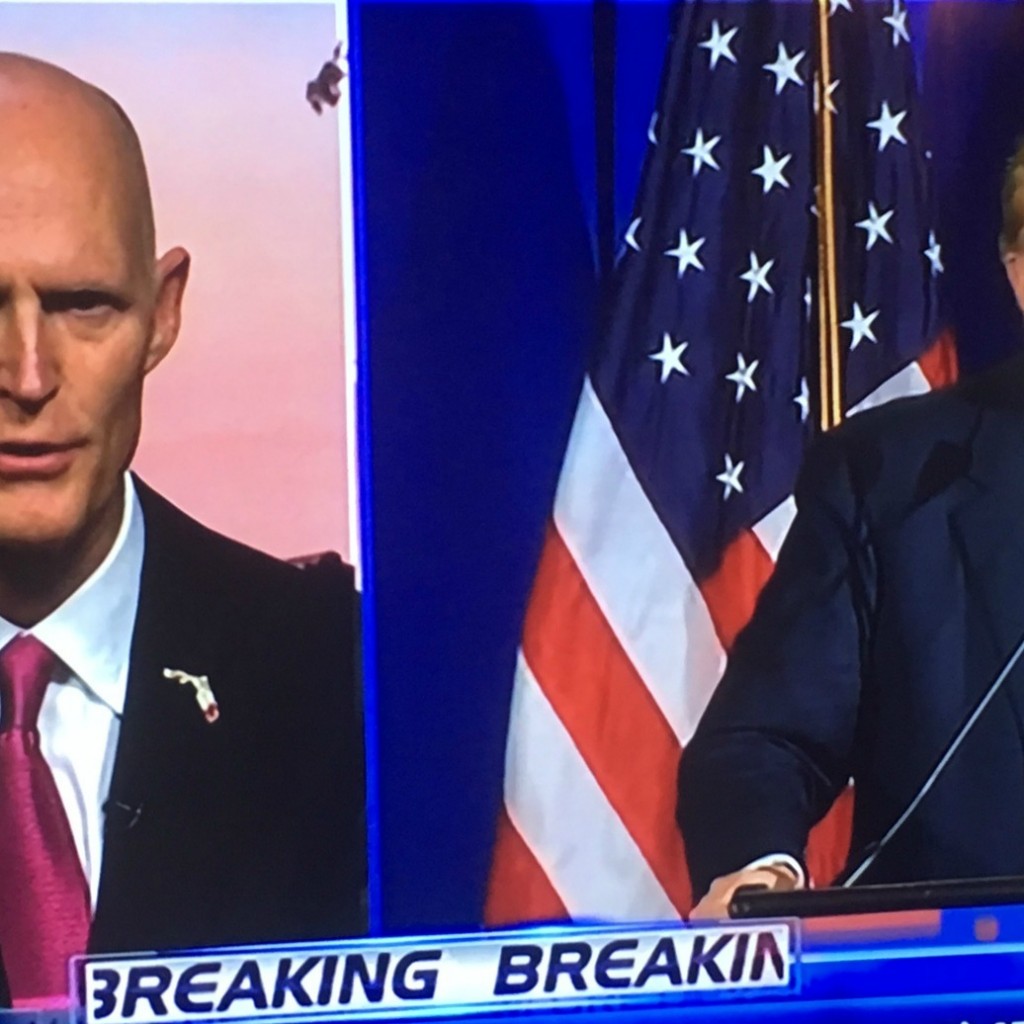 In an appearance on the Greta Van Susteren show Wednesday night, Florida Gov. Rick Scott backed up his endorsement of Donald Trump for the Republican presidential nomination and called for an end of “Republican on Republican violence.”

In an appearance on the “On The Record with Greta Van Susteren” show on the Fox News Channel, Scott stayed with his theme of letting the voters decide, and said “Donald Trump is clearly the will of the voters” and it is time for Republicans to coalesce around him.

Van Susteren did not ask him what he was referring to as violence, nor whom he thought was responsible for it.

Scott deflected one of Van Susteren’s questions about whether he would accept a job in a Trump White House, saying only that he likes his job in Florida.

He also said he thinks Trump would be a good president because Scott is convinced Trump would focus on jobs, rebuilding the military and appointing justices who “understand they are the judiciary, not the legislative branch.”

Scott said he would talk to as many people he could to try to build support for Trump, but would not call for U.S. Sen. Ted Cruz of Texas or Ohio Gov. John Kasich to get out of the race to avoid a convention decision.

Yet he said if Trump is short of having enough delegates to win the nomination outright, but close, then the Republican National Committee needs to give him the nomination.

“If we sit here and say oh, we’re going to let the party leaders take this away from somebody that either has the voters or is close to it, they’re not going to show up in November,” Scott said, referring to voters. “We can’t do that. We’ve got to listen to the voters.”