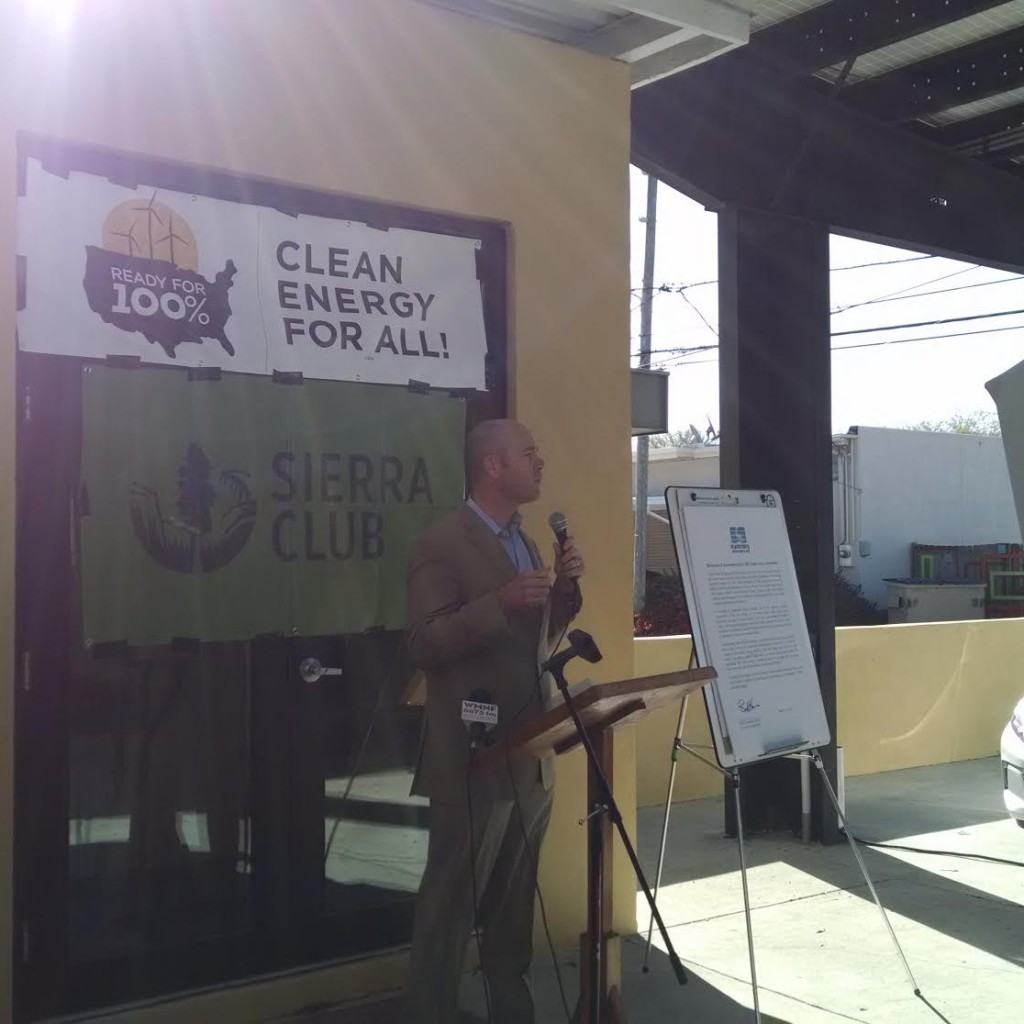 Although all of the Republican presidential candidates on the stump over the past year have shown little interest in proposing legislation to combat climate change, the head of one of the nation’s leading environmental organizations says that’s going to change soon.

“I have no doubt in my mind that, in a few years from now, you’ll see leaders up and down the Republican Party join in with leaders up and down the Democratic Party in acknowledging the obvious climate change is real, human beings have helped cause this problem, human beings can solve this problem,” said Michael Brune, the Executive Director of Sierra Club.

Brune spoke in St. Petersburg, at the official launch of the Ready for 100 Clean Energy for All Campaign. The initiative is challenging 100 cities in the U.S. to commit to a 100% clean energy portfolio, and the Club says it will work to get St. Pete to join more than a dozen other cities who have committed to making that goal.

Florida Senator Marco Rubio says that America is not a planet, and that it’s useless for the U.S. to commit to goals to reduce climate change since countries like China and India aren’t.

That drive took a hit last month when the U.S. Supreme Court temporarily blocked the Obama administration’s effort to combat global warming by regulating emissions from coal-fired power plants. The case is expected to return to the high court after an appeals court considers an expedited challenge from Florida and 28 other states and dozens of corporations and industry groups.

Brune says that the country is already moving beyond coal and natural gas, which he attributes to market forces that are making those forms of energy less competitive. “The utilities are moving past coal, and increasingly they are leapfrogging over natural gas and investing in energy efficiency and renewables,” he says.

That hasn’t been the case necessarily in Florida, where the public utilities suffer from the perception that they don’t encourage solar power, for instance. Brune says that’s the fault of a system that hasn’t historically lifted their bottom line.

“What the Sierra Club is doing is simultaneous to push and inspire, encourage, embarrass if we need to, all of these utilities to get them to move forward and to change the way that these industries are regulated so that can profit and they can compete with other energy providers to produce 100 percent clean energy at an affordable cost.”