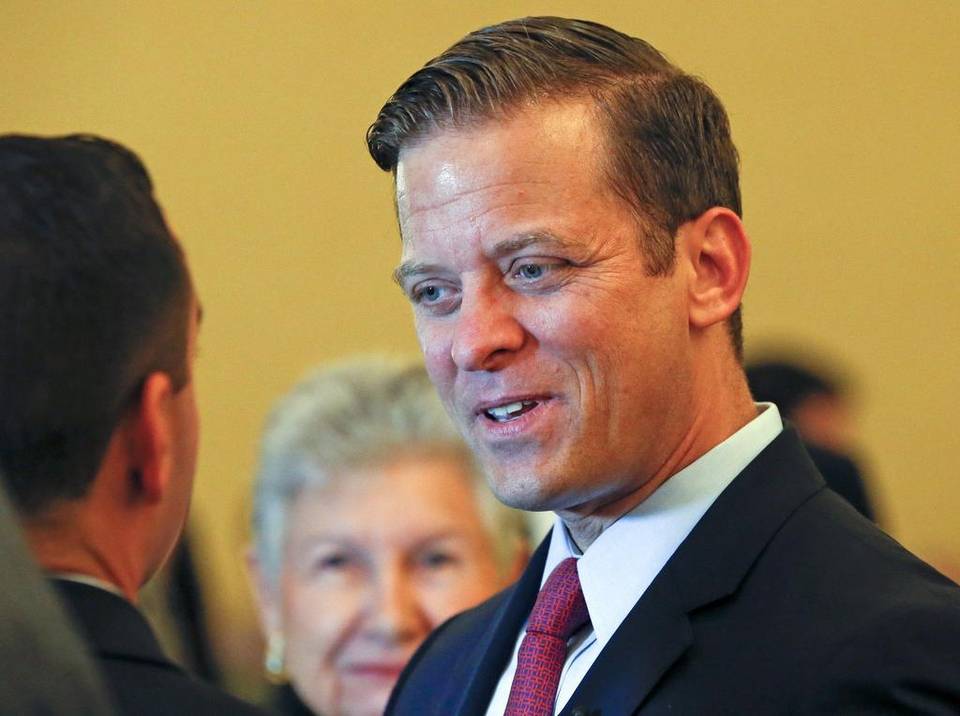 Being a descendant of Cuban exiles, it’s no surprise that Carlos Lopez-Cantera takes a dim view of President Barack Obama’s rapprochement with the Raul Castro-led government.

“They’ve figured out our political system. They’ve seen how our political system works,” the Lieutenant Governor and U.S. Senate candidate said in a speech at the Tampa Economic Club on Monday. Because it’s a presidential election year with many in Congress running for re-election, he said, Cuban leaders are ” taking advantage of this country right now. What they really want is to be eligible for aid, because they have no economy in Cuba.”

Comparing it to the recent nuclear program accord with Iran, Lopez-Cantera said the president’s visit last week sent a “dangerous message to the rest of the world.”

His disdain was evident when asked about St. Petersburg Mayor Rick Kriseman calling for a Cuban consulate to be located in St. Pete.

“The Governor and I are firmly in favor of maintaining the embargo, until there are freedoms,” he replied to an audience question.

“The consulate is separate,” his questioner fired back.

The issue is personal for the Lieutenant Governor: Both his father and grandfather are Cuban exiles. He lives in Miami, and represented Miami-Dade County as a state representative for eight years before becoming the Miami-Dade County property appraiser in 2012. Two years ago, he was selected as Rick Scott’s running mate.

The politics of re-establishing relations with the Communist government, though, aren’t nearly so volatile in Tampa Bay as they are in Miami-Dade. The excitement about bringing a Cuban consulate to the Tampa Bay area is a big deal for many in the local business community. Though Mayor Bob Buckhorn doesn’t support the idea, the Tampa City Council and Hillsborough County Commission and the Greater Tampa Chamber of Commerce do, in addition to Kriseman.

Although public opinions polls show that overall Republicans in Florida have moved considerably when it comes to continuing to maintain sanctions on the Castro-led government, none of the GOP U.S. Senate candidates favors such a move.

Lopez-Canters told FloridaPolitics.com after his address that he believes there are serious national security implications in Obama’s attempt to continue diplomatic relations. He also continues to say that the U.S. government’s removal of Cuba from the very small list of state sponsors of terrorism last year was a mistake.

“China and Russia both have spy bases in Cuba,” he said. “And you know what the Russians are spying on? Southern Command. Central Command,” he said. The Defense Department has command centers located at Doral in Miami-Dade County, and at MacDill Air Force Base in Tampa, respectively.

“That’s a big deal, and what happens if they hear something out of one of those command centers that they don’t like and and they’re going to target?” he said. “That target is in Florida. It’s definitely a national security issue. Cuba was a state sponsor of terror only until the president needed to take them off the list for political reasons, but they had helped North Korea bypass U.N sanctions. This is very troubling.”

That’s not what the Obama administration says. The last U.S. country report on terrorism released last year said that there is “no indication that the Cuban government provided weapons or paramilitary training to terrorist groups.”

The Lieutenant Governor also says he doesn’t support giving U.S. Supreme Court nominee Merrick Garland an up-or-down vote in the U.S. Senate, saying the president has set too many negative precedents in ignoring the U.S. Constitution with his executive actions.

“So if he has a proclivity for ignoring the Constitution when it benefits him, I have no faith in anybody that he puts up as a Supreme Court Justice,” he said, dismissing Garland’s reputation that earned plaudits from Republicans such as Orrin Hatch before he was nominated by Obama.

Lopez-Cantera 13-minute speech sounded similar to what you’d hear from Rick Scott: lots of talk about how the Florida economy is flourishing, with plenty of boasts about the $1 billion in tax cuts that the Scott administration proposed and the Legislature approved over the past two years.

“You should put a hold until we have a level of comfort and a level of understanding that the background checks and the vetting is of a nature that we can be 100 percent certain that they do not pose a threat to this country,” he said.

Lopez-Cantera is one of five Republicans vying to keep the senate seat in Republican hands as his good friend and political ally Marco Rubio steps down after just one term in office.

When asked why he was running, Lopez-Cantera sounded like those who criticized Rubio, who found little support from Florida Republicans in the lead up to this month’s presidential primary, where the state’s native son lost by an embarrassing 19 points to Donald Trump.

“One of the things that frustrates me about federal office holders is that they get elected, and then you only see them when they’re back to ask for your vote, or, in some cases, for your money.”