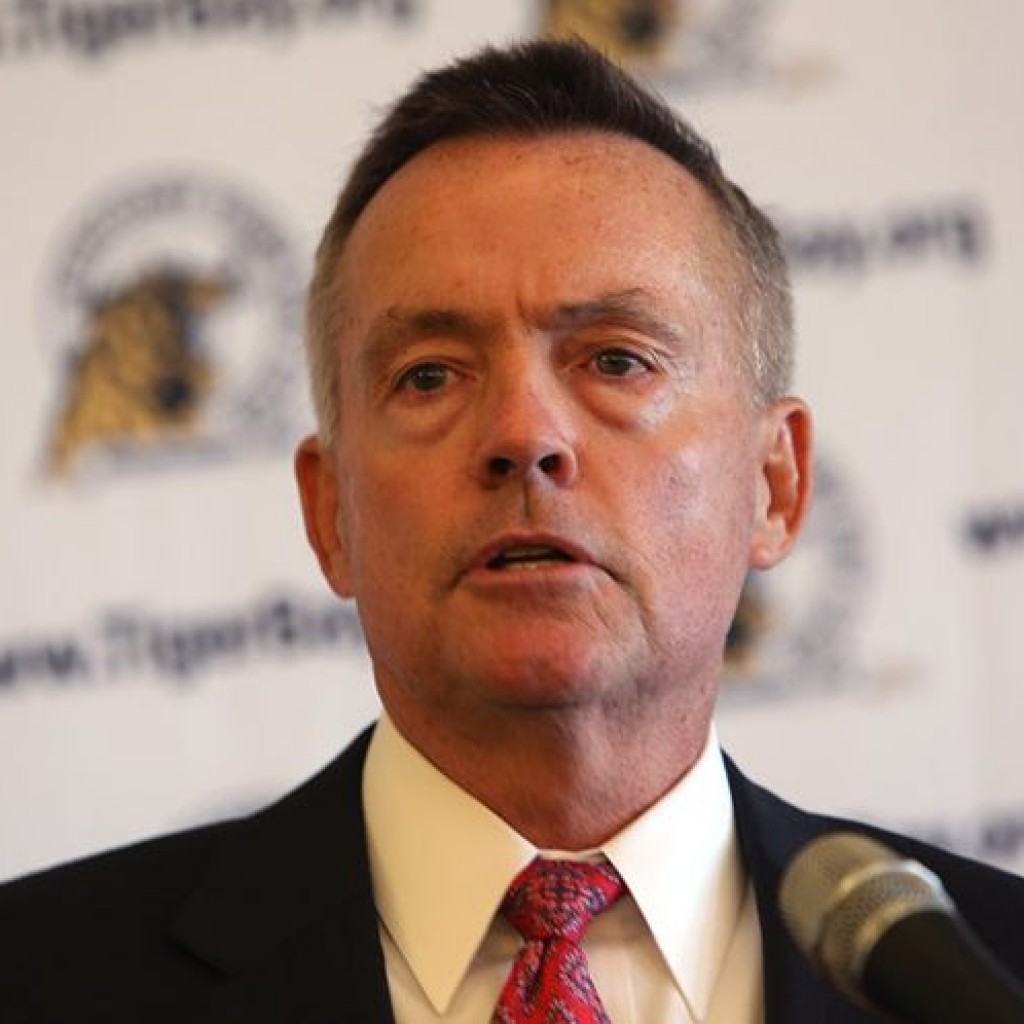 Florida’s Congressional District 13 seat based in Pinellas County has received a lot of attention in recent years.

The special election to replace the late C.W. “Bill” Young in 2014 was one of the most expensive congressional elections in U.S. history. After the Florida Supreme Court ordered the state Legislature to redraw the district last year which resulted in a more Democratic-friendly district, incumbent David Jolly announced he was ditching it to run for the U.S. Senate, while former Gov. Charlie Crist declared the time was now right to begin his political comeback and entered the race.

While Crist’s race against fellow Democrat Eric Lynn has made news in 2016, the only talk on the GOP side is whether or not former St. Pete Mayor Rick Baker will get into the contest.

There’s been nary a word about the only declared Republican in the race, Mark Bircher, the retired Marine Corps Reserve brigadier general, commercial pilot and attorney who finished third in the GOP primary in 2014.

Despite the fact the district is considered to be leaning strongly Democratic after the redistricting, the 62-year-old Bircher thinks he has a chance of winning the primary and general election later this year.

I am not looking at that as a burden,” he says about the reconfigured district. “Because when I talk to the people, they say the same thing – they want good schools, good job opportunities, safe neighborhoods. They want the same thing. If people will listen to my platform, I think for me, it doesn’t matter about the redistricting, or I wouldn’t be trying. Obviously, I think there’s a path for me.”

Bircher speaks often about fidelity to the constitution when discussing every issue broached his way. And that includes foreign policy, where he speaks from experience about how the lack of preparation for war can result in bad consequences.

Regarding the invasion of Iraq in 2003, Bircher said there wasn’t nearly enough debate in the Congress.

“If we want to remove Saddam Hussein, can we predict the vacuum of power there? And if we do, what are the consequences? And are the American people ready to say my son and daughter and my money are worth that? I don’t know that answer?”

Bircher says Congress has abdicated its role in declaring war for far too long now.

“They’ve been abrogating their oath,” he says, adding that the constitution isn’t “discretionary” on the issue.  “It is an impermissible expansion of the legislative powers to the executive to pass a resolution that essentially makes a president a king, in deciding on going to war,” he says, which is why Vietnam was called ‘Lyndon Johnson‘s war’ and Iraq was ‘George W. Bush‘s war.'”

“The framers of our constitution said no, the people are the ones that pay in blood and treasure, the people will decide, and that’s an impermissible of separation of power,” he adds. “The executive is supposed to be one-third (of our governing structure) not two-thirds, and further, it makes a politician escape the accountability of their vote.”

When asked about Donald Trump‘s recent comments that the U.S. should re-evaluate what it gets out of NATO, Bircher was more circumspect, but did allow that “when I was standing in Iraq in the summer of 2003, when the countries were coming in when the fighting was over, it looked to me like a food fight for state dept. money than it did like an alliance to anything and I think that was a very poor policy in that instance.”

Bircher avers that he is not a strict Constitutionalist, but instead he refers to himself as a textualist, the legal theory that courts in the United States should rely on the plain meaning of the words in the Constitution and in other laws.

The issue comes up when I ask him what should happen in the U.S. Senate, where Majority Leader Mitch McConnell has declared that Merrick Garland, President Obama‘s choice to succeed Antonin Scalia on the Supreme Court, deserves an up and down vote.

Bircher comes down in favor of Garland getting that vote. “The president should do his job and nominate, and the congress and the senate should do their job, that’s how I see it,” he says.

Bircher says the federal government has no role to play in creating a framework for health care policy, and vehemently opposes the Affordable Care Act. He points to the constitution when it comes to immigration policy, however, but is nuanced on how he would deal with the estimated 11 million undocumented people in this country, though he insists absolutely that there should be no amnesty allowed.

Unlike the 2014 special election that was compressed into a few short months, Bircher says he’s enjoying the opportunity to have more time to spread his brand of conservatism to the voters in CD 13.

And he insists he doesn’t mind if Baker opts to get into the contest.

“I think nothing but good things happen when more people are looking at it, as I think we have a better chance of getting an exact fit.”