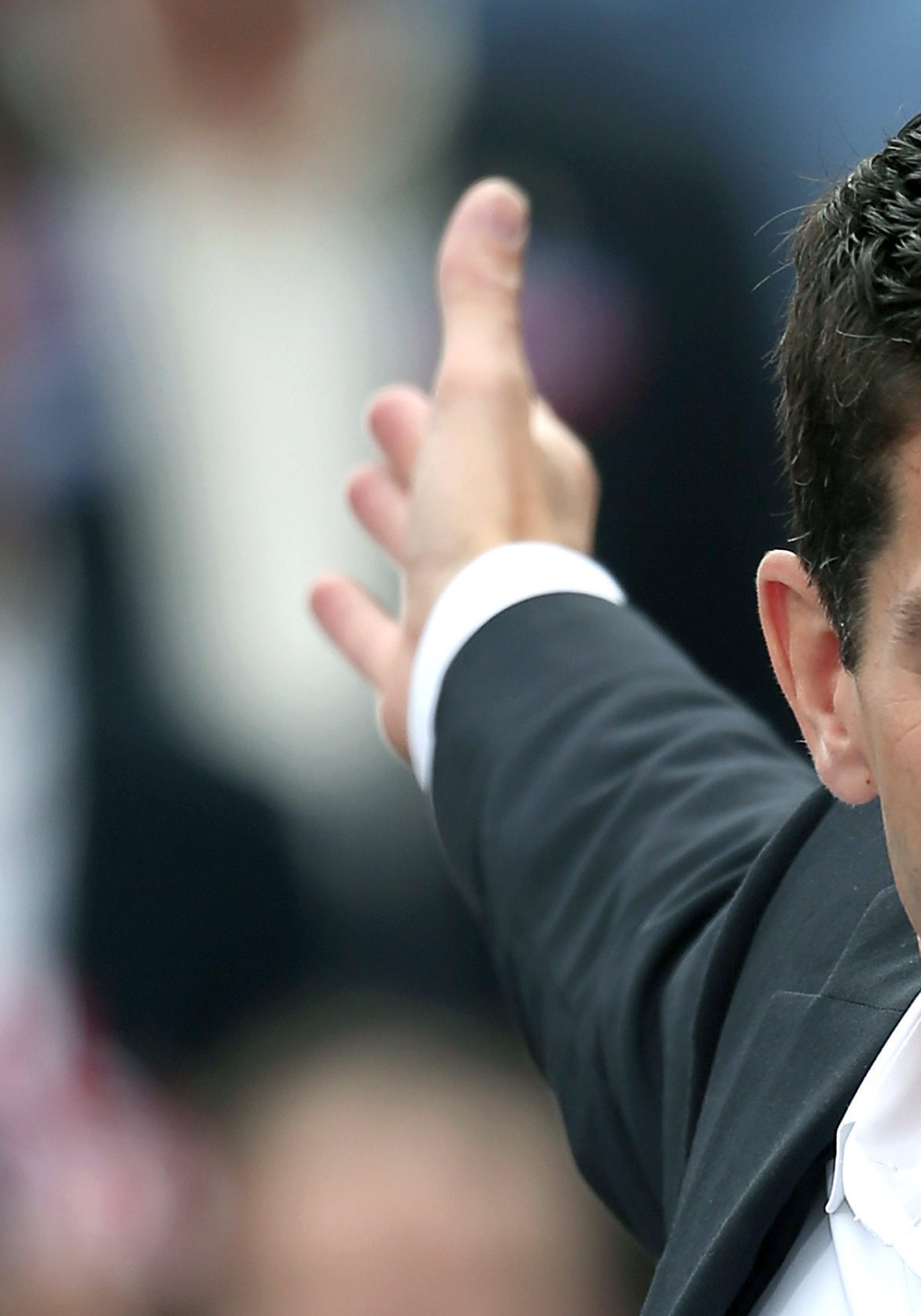 Republican Paul Ryan of Wisconsin, Mitt Romney’s 2012 running mate and the current Speaker of the House, ended the speculation that he would be the white knight who would save the party from Donald Trump.

The white knight refused to become the GOP dark horse.

“Let me be clear,” said Ryan in his brief address at Republican National Committee headquarters, “I do not want, nor will I accept, the nomination of our party.”

Not only did Ryan reject any nomination, but he also said the nominee should only involve “a person who has participated in the primaries. Count me out.”

Ryan’s Shermanesque statement disappointed many Republicans concerned that either Trump or Ted Cruz would lead to a disastrous defeat for the party in the general election. The party is now left to choose between a nativist, name-calling misogynist or an ideological warrior despised by many within his own party.

Ryan’s withdrawal was bad enough. His additional comment that the nominee should only come from the candidates who participated in the primaries closes the door on other potential white knight candidates. This increases the likelihood that either Trump or Cruz will be the Republican nominee.

Candidates have not always come from the pool of primary candidates. Hubert Humphrey won the Democratic presidential nomination in 1968 without participating in a single primary. Republican James Garfield was never a candidate for the presidency in 1880, and never received a vote until the 35th ballot when he won 50 delegate votes. On the 36th ballot, Garfield was elected as the Republican nominee and went on to narrowly defeat Democrat Winfield Hancock. Garfield may have regretted his unique role in American presidential history when he was shot on July 2, 1881 by Charles Guiteau, a disgruntled federal job seeker, and died on September 18.

Why did Ryan make his statement now? First, he wanted to end the chatter that he would save the party from Trump and Cruz. Second, Ryan did not want to be seen as the person who “stole” the nomination without running in the primaries. Finally, Ryan does want to be president at this point in his career. And he certainly does not want to be perceived as a candidate who broke his word.

No matter what Ryan said or did, it was always interpreted as a political move to win the nomination. His raising money for House Republicans was viewed as an attempt to win over Republican support. Never mind that a primary function of the Speaker is to raise money for candidates.

His recent meetings with Benjamin Netanyahu were viewed as attempts to strengthen his foreign policy credentials. Never mind that the trip had long been planned and that many members of Congress met with Netanyahu.

The release of a slick video from his office this past week was seen as an extension of Ryan’s quest for the presidency. Never mind that Ryan promised to engage in more effective communication with fellow Republicans and voters when he became Speaker.

There is little doubt that Ryan has concerns that both Trump and Cruz will damage the party’s appeal to blacks, Hispanics and women. “Insult gets more ink than ideas,” Ryan said. “But we still owe it to the country to show what we would do if given a mandate from the people.”

Until a Republican nominee is selected, there will continue to be attempts to stop Trump and Cruz and find someone who will be perceived as a better spokesperson for the party. Some wealthy donors are pushing for retired Marine Corps Gen. James Mattis to enter the fray. Washington Post journalist David Ignatius mentioned potential dark horse candidates including retired U.S. Army Gen. Stanley McChrystal, Admiral Mike Mullen, retired Gen. David Petraeus and former House Intelligence Committee Chair Mike Rogers.

If Trump or Cruz is the Republican nominee, Hillary Clinton is likely to coast to victory. Not only that, but Republicans will most likely lose their Senate majority and possibly even control of the House.

The expected trouncing of the Republicans has led to all sorts of speculation about the demise of the Republican Party. Similar ideas were offered when Barry Goldwater lost a landslide election to Lyndon Johnson in 1964. The same talk about the death of the Democrats existed after Richard Nixon trounced George McGovern in 1972.

What happened after those two devastating defeats?