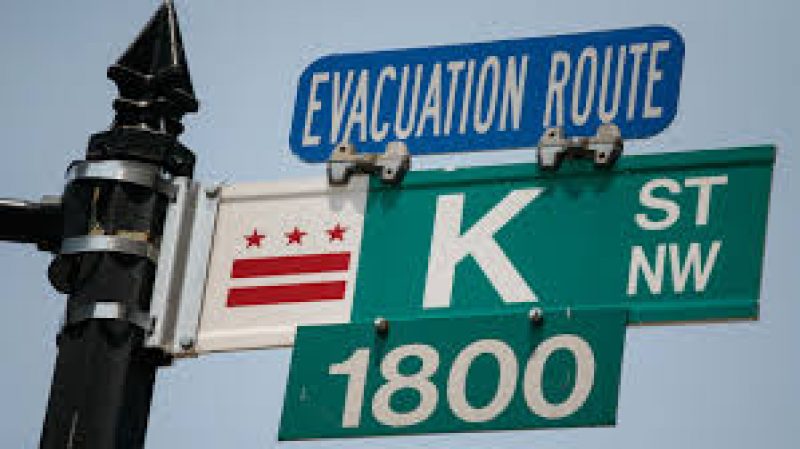 Since declaring his candidacy for his first run for Congress in late 2013, David Jolly had to hear from his critics that he’s a creature of the Washington Establishment.

Jolly spent 11 years working with Congressman Bill Young, the last six as his general counsel. In 2007, he left to join the Washington, D.C. firm Van Scoyoc Associates as a lobbyist. In 2011, he left Van Scoyoc to open his firm, Three Bridges Advisors.

Now he’s running as a Washington reformer in a bid for the GOP nomination for Senate in Florida, and says he believes that members of Congress should not be allowed to go back into the lobbying world after their time in Congress is over.

“Personally, I feel that for members of Congress, there should be a lifetime ban,” Jolly told New York City radio talk-show Bill Samuels on 970 am Sunday morning. “Once you hold the office, I think there’s enough respect due the office that members of Congress really shouldn’t engage in lobbying once they leave.”

Samuels asked Jolly to appear on his radio show to discuss his legislative proposal known as the STOP Act. The bill would ban federal office holders from directly asking for campaign contributions. It’s been derided as a gimmick by his GOP Senate opponents, but has won praise from several editorial boards around the country, and was featured last weekend on CBS’ “60 Minutes.”

Members of Congress and senior staffers are prohibited from making lobbying contacts or communications with former colleagues for a time after leaving their government post. For senators, the period is two years; for House members, one. However, that law has been stretched, if not outright violated in recent years.

A joint study published by the Center for Responsive Politics and the Sunlight Foundation in January of 2015 revealed that of the 104 former federal legislators and staffers whose restrictions ended in time for the opening of the 114th Congress, 29 were already in government relations, “public affairs,” or employed as counsel to lobbying-oriented law firms. But only 13 of them are formally registered as lobbyists.

Jolly’s stance on banning Congress from lobbying is a position that mirrors one of his GOP Senate opponents, defense contractor Todd Wilcox, who laid out as part of his plan to end “career politicians” earlier this year.

Wilcox has hammered Jolly for his lobbying past.

“Welcome aboard, Congressman!” Wilcox emailed to FloridaPolitics.com. “I hope this means he’ll consider supporting the rest of my Plan to End Career Politicians as well. I won’t hold my breath, though, seeing as how Congressman Jolly has been on both sides of the coin when it comes to cleaning up Washington — he wants everyone to stop fundraising, yet he attended a fundraiser on Friday. Today he wants everyone to stop lobbying, yet his staff tried to erase his time as a lobbyist from his Wikipedia page.

“I’ve got whiplash just trying to keep up with this guy’s hypocrisy.”

The Jolly camp fired back immediately.

“Welcome to old news, Todd,” responded Sarah Bascom, Jolly’s campaign spokesperson. “Congressman Jolly is flattered that Wilcox is following Jolly’s leadership on this idea. Would he like to sign onto the STOP Act as well? It may help his listless campaign to take a bold stand, instead of just peddling petty anger.”

In fact, Jolly came out last July to announce he was supportive of a proposal by Jeb Bush to ban former members of Congress from lobbying for six years, declaring to the Tampa Bay Times at the time: “I don’t believe that any member actually should serve as a lobbyist.”

“Rep. Jolly believes members of Congress are given a special honor to serve, to hold the public trust, and they have a constitutional responsibility to honor the founders’ design,” Bascom continued. “Rep. Jolly does not believe former members should lobby and announced nearly a year ago he would never do so.”

Wilcox referenced two incidents involving the Jolly Senate campaign in his statement. His comment about a Jolly fundraising appearance in Washington on Friday came after the Pinellas lawmaker got into a dispute with the National Republican Congressional Campaign, who accused him of lying on “60 Minutes” by claiming he was told he had to spend four hours a day fundraising.

The Wikipedia reference was to a story BuzzFeed broke last month about a Jolly campaign official deleting part of his Wikipedia page, including references to his lobbying past.

Also on New York City radio, Jolly reiterated his comment on Morning Joe last week that he prefers the “British model” of regulating political television advertising. The United Kingdom bans paid TV and radio advertising on any ads on matters of “political or industrial controversy.” It’s one reason why their political campaigns are radically less expensive than American counterparts.

Because Congress funds PBS to the tune of $120 million annually, Jolly says they should provide free airtime for candidates.

“So let’s take these 28-second hit ads that the American public are sick and tired of, let’s get them off TV. That would take out a lot of their cost drivers of current campaigns.”