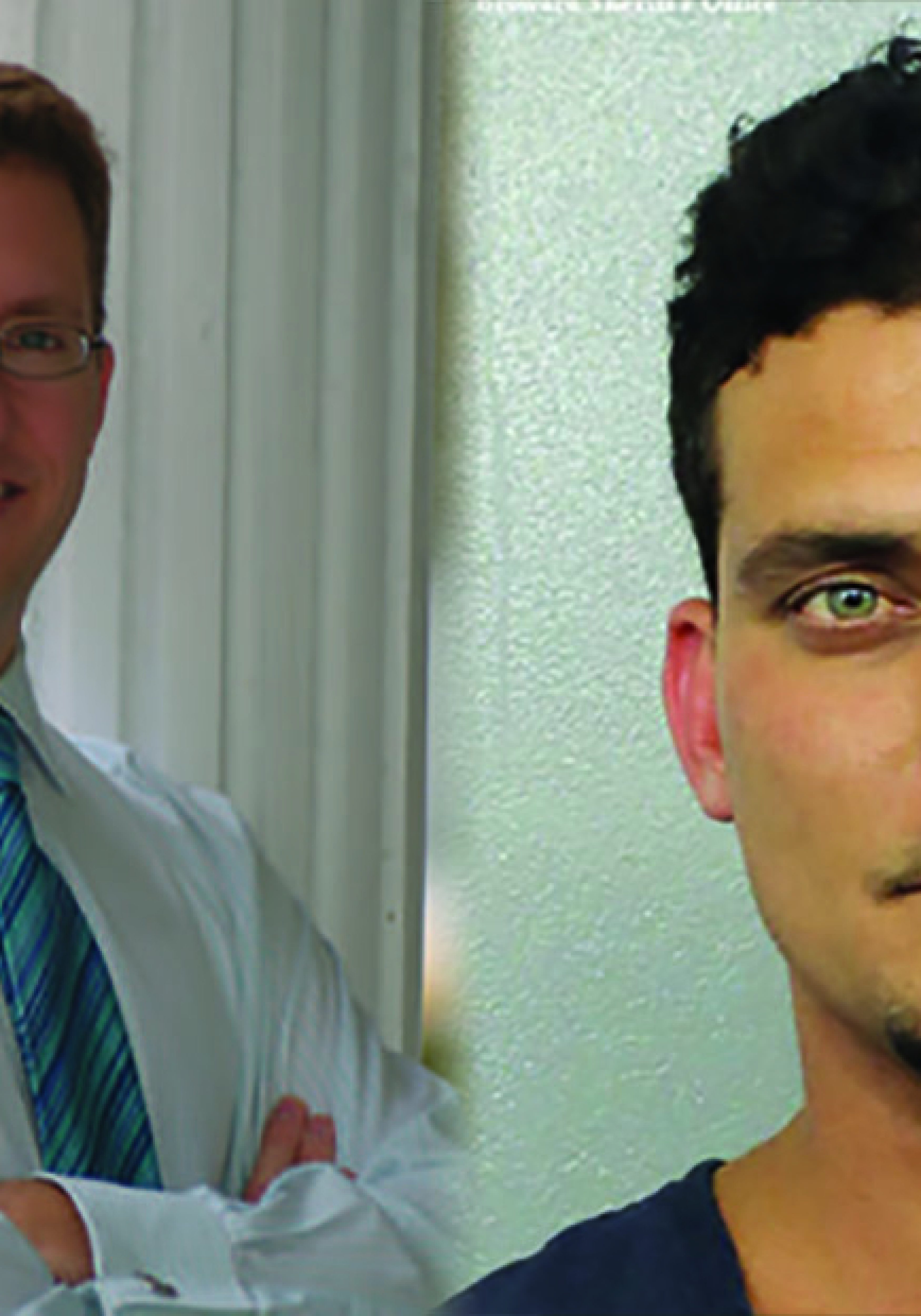 After an investigation spanning nearly two years, a South Florida man has been arrested in the killing of a well-known Florida State University professor.

But the arrest of 34-year-old Sigfredo Garcia hasn’t answered a long line of questions about why Daniel Markel was gunned down in the garage of his Tallahassee home in July 2014.

Garcia, charged with cocaine possession and murder, appeared briefly in a Broward County court on Thursday where a judge ordered that he remain in jail.

Top police officials in Tallahassee are releasing scant details about how they linked Garcia, who lists a Miami Beach address, to the slaying or whether others are involved. They also got a judge to seal records related to the case. Hallandale Beach police arrested Garcia at a gas station.

Tallahassee Police Chief Micheal DeLeo said the case was still active and that they made the request to keep the records private “in order not to jeopardize this ongoing investigation.” DeLeo and other Tallahassee police officials refused to answer any questions about whether other arrests are coming or what led them to Garcia.

Markel’s shooting in the middle of the day stunned colleagues as well as residents inside the upscale neighborhood where he lived in Tallahassee. He was shot in the head and died later at a nearby hospital.

The 41-year-old Markel, who was born in Toronto, was well known in national and international legal circles. The father of two boys and a 2001 graduate of Harvard Law School, he practiced white-collar criminal defense and civil litigation before joining the Florida State law school faculty in 2005. He was tenured in 2010.

Markel finalized a contentious divorce from his ex-wife, Wendi Adelson, in 2013. The two had split custody of sons Benjamin and Lincoln, but they had follow-up litigation over money settlements. Adelson, who is also a lawyer, had worked at FSU but moved to Miami Beach about a year and a half ago.

Police initially had few leads in the case and eventually circulated pictures of the car believed to have been used by those involved in the killing.

When he appeared in court, Garcia declined a public defender. He told Judge Mary Rudd Robinson he has a lawyer, but just met him Wednesday and couldn’t remember the name. He said he put the lawyer’s card in his wallet, which had been confiscated.

“I didn’t know I needed one until yesterday,” Garcia told the judge. Robinson then asked him: “You didn’t know you had a murder warrant?” she replied. He told her no.

State arrest records show Garcia has multiple arrests dating back to 1997. Charges included car theft, cocaine possession, burglary, threatening a witness and a strong arm robbery charge in 2012. Those records show that other charges were filed against him – including possession of an explosive device – but that the charges were dropped.

His occupation is listed on his arrest records as a heavy machine operator.