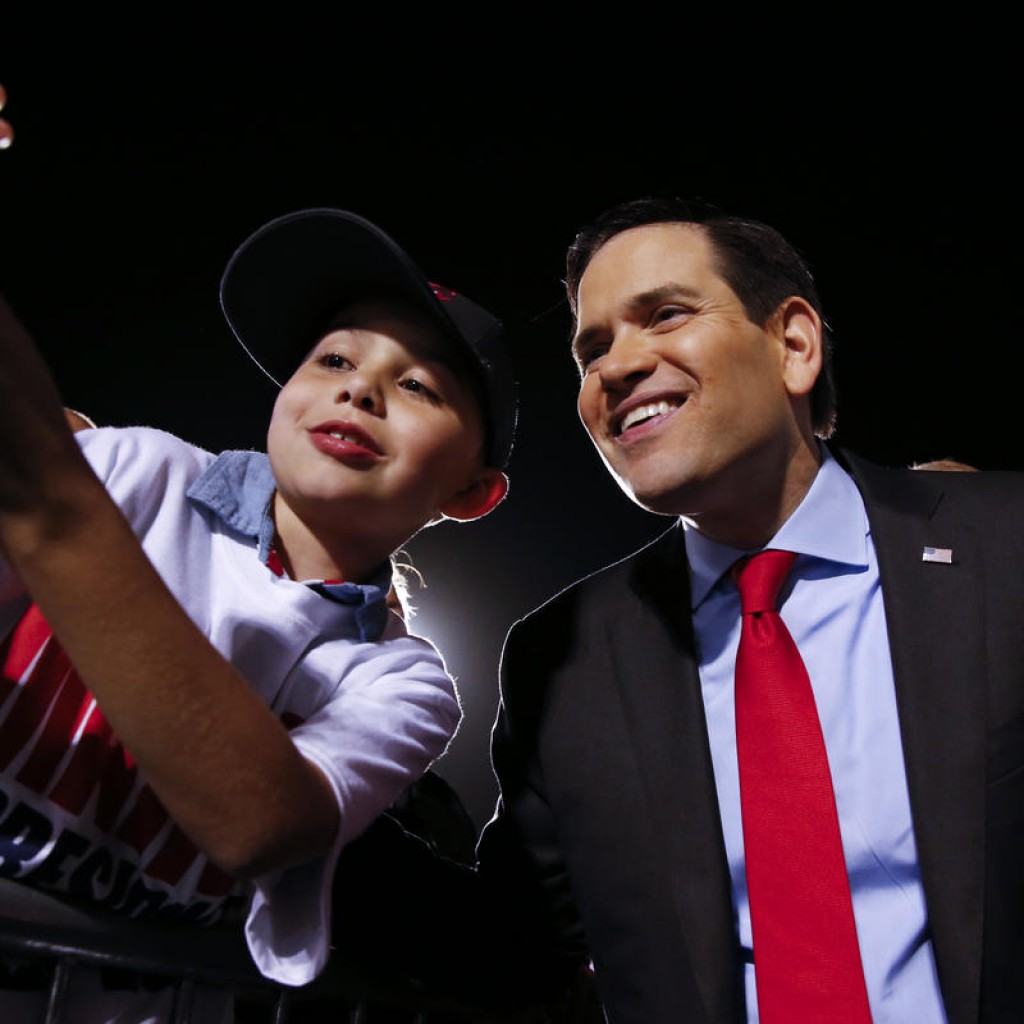 Well past the point that it became abundantly — and, in some circles, painfully — obvious that Marco Rubio should have applied himself to the job he convinced Floridians he wanted in 2010, a fresh question has arisen:

Should Rubio declare himself a candidate for re-election?

The answer is: Duh.

Of course, he should. This is the biggest no-brainer since Captain America rejected United Nations sanctions. It’s hard to believe he’s even hemming, let alone hawing.

Listen, everyone gets that Rubio has been that “young man in a hurry” for nearly 20 years, especially those on whose hands he stepped reaching for the next rung. And he almost couldn’t be blamed for seeking the presidency, considering how establishment conservatives rhapsodized about his wonkmanship, his reform policies and his political skills.

And maybe, if he’d been quicker with his wits on that New Hampshire stage, maybe the 3-2-1 strategy laid out by his strategists would have prevailed. I mean, suppose Rubio had prefaced his infamous robotic repetitions with a deft qualifier, such as, “Yes, I’m repeating myself, and I will continue to repeat myself because it doesn’t matter how you pose the question, the answer remains the same. What’s true is true: Barack Obama knows exactly what he’s doing.”

This is not beyond imagining, no matter how programmed Rubio’s critics think he is. Indeed, those who know him well, and those who covered him closely during the primary, know he is perfectly capable of riffing off-script without sacrificing expertise.

But that was then, and this is now, more than two months after the stinging defeat in Florida that ended — for the moment, anyway — his White House dream. And just now, Republicans defending lots of purple-state seats need to field their best team if they have any hope of maintaining their majority in the U.S. Senate.

With all due respect to the political talent wrangling to become the GOP nominee — with one tin-eared exception — that team looks better if Rubio is on the roster.

The idea might be growing on him, too. Tuesday afternoon, an email landed bearing Rubio’s signature and the subject line “Time to stand together.”

It reads, in part, “Our liberal opponents have already launched countless attacks against many of my Republican colleagues. We must protect our Republican Senate majority.

“Defeating these Democrats will only be possible if conservatives like us stand together to defend our Republican Senate.”

“Stand together.” At the risk of reading way, way, way too much into a fundraising email, this hints that Mr. I’ll-Be-A-Private-Citizen is signaling a fresh course.

He ought to be, anyway.

With the clarity of retrospect, Rubio shouldn’t have leapt into the awful Republican scrum in the first place. Never mind that he was, with the exception of one memorable debate, clearly the best-informed candidate in the pack. I lost track of the times he fact-checked Donald Trump in real time.

(An aside: The fact Rubio says he’s willing to speak nicely about Trump at the Republican National Convention is a problem for supporters who took his eviscerations of the presumptive nominee to heart, but it’s also, unfortunately, a calculated penance. We’ll be listening closely for what he does and, more important, doesn’t say.)

Alas, this was not the year for facts, articulated policies or — as Jeb Bush came to appreciate and rue — deeply researched and painstakingly detailed plans to fix what ails America. This, instead, is the year a substantial chunk of voters think the presidency is a reality show.

After all, how hard can it be? Barack Obama makes nuke deals with Iran, slows the retreat of glaciers, amends his namesake health plan at will and still squeezes in an afternoon 18 at Fort Belvoir Golf Club.

What’s a first-term senator encountering an unanticipated detour to do? Reroute, already. Hit the reset button. Immediately. Not just because it’s what’s in Rubio’s best political interests, but because the other GOP candidates need time before the June 24 filing deadline to make alternate plans.

Again, re-election to the Senate also is Rubio’s best path forward. He’s not likely to be elected Florida’s governor anytime soon; Agriculture Secretary Adam Putnam, the most-Florida politician ever, is practically Rick Scott’s heir apparent. And former state House Speaker Will Weatherford, every bit as talented, is almost certain to maneuver himself into future consideration.

Besides, being a senator is a cool job, in and of itself. And if Rubio wins again, then buckles down to the work while avoiding past missteps (the Gang of Eight immigration scheme leaps to mind), ratcheting up his constituent service and resisting the lure of another presidential run in 2020, then by 2024 or 2028 at the outside, he’d be in his 50s, experienced, wiser and a little gray at the temples; the game would again be afoot.

Indeed, perhaps by then he’ll have served in a Republican administration: Secretary of State Marco Rubio. It could happen. And there are worse launching pads.