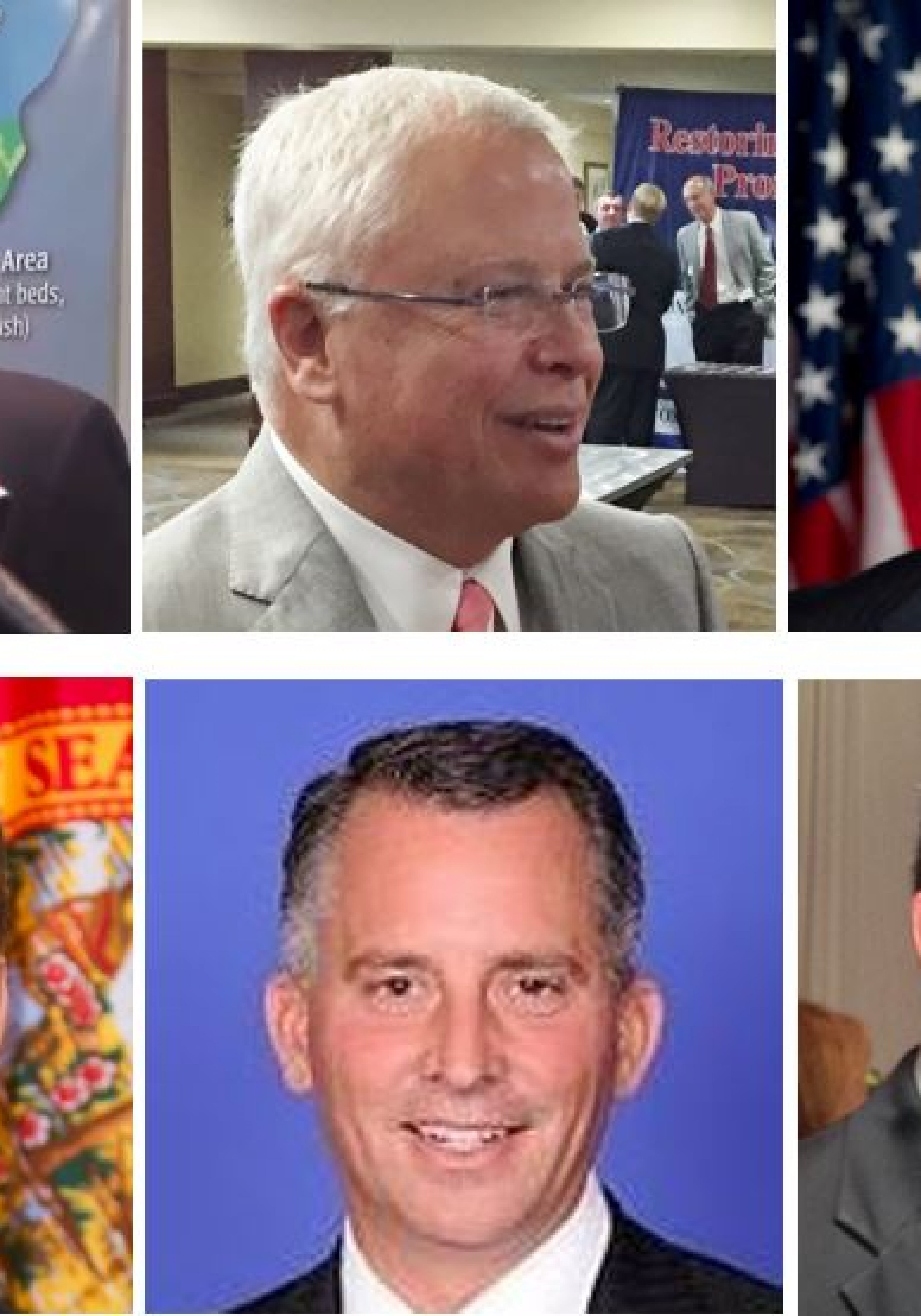 Several Republican U.S. Senate candidates squared off Thursday night in South Florida in hopes of catching fire in a nationally watched race in which none has risen above the pack.

Each talked more about his experience rather than attacking the others. Yet they did share the same wish — seeing Democratic presidential candidate Hillary Clinton, along with whoever wins the Democratic Senate nomination, defeated come November.

The forum had been billed as the first to feature all five major Senate GOP candidates on the same stage, but developer Carlos Beruff backed out earlier in the day because of a scheduling conflict. All are battling for the seat being vacated by outgoing Sen. Marco Rubio.

That left Florida Lt. Gov. Carlos Lopez-Cantera, businessman Todd Wilcox and Congressmen David Jolly and Ron DeSantis to make their cases before a large crowd inside a Marriott hotel ballroom in Boca Raton.

Lopez-Cantera described himself as a “Florida Republican and not a Washington, D.C., Republican” because he and Gov. Rick Scott have teamed up to cut taxes, brought millions of jobs to the state and paid down the state debt.

“When we say we are going to do something, we deliver,” Lopez-Cantera said. “It’s not about red-meat rhetoric; it’s about results.”

DeSantis, who has declined his congressional pension, criticized the culture of “crony capitalism” in Washington and pledged to push for term limits for those serving in Congress.

He promised to repeal President Barack Obama‘s health care law and rid the economy of government regulations and bureaucratic red tape. “Our own government is shooting our economy in the foot,” he said.

Wilcox pitched himself as an outsider who said Washington has too many career politicians and that he would bring his “real world experience” as a former Green Beret, CIA officer, and businessman to the Senate.

“I’m the only one with real-world experience,” he said. “I’m running out of frustration, not aspiration.”

He said Washington needs a return to “citizen government” and needs to kick out career politicians by imposing term limits and banning lawmakers for life from becoming lobbyists.

Jolly, a fifth-generation Floridian and son of a preacher, spoke of his experience in Congress as a plus, saying Senate candidates must have “a vision for governing — not for rhetoric.”

Elected in a special election in 2014, Jolly spoke of his achievements in Congress to reform the Department of Veterans Affairs, the federal flood insurance program and Congress. “This is a job interview, so let’s get someone” who can do the job, he said.

Jolly gained national attention recently when he was featured on CBS’ “60 Minutes” promoting the “Stop Act,” a bill he’s championing that would prohibit members of Congress from directly soliciting campaign contributions.

The GOP primary is Aug. 30, but the race remains wide open with no clear frontrunner. In the Democratic contest, the two major contenders are Congressmen Patrick Murphy and Alan Grayson. A Quinnipiac University poll released last month found that at least one in five likely voters was undecided about the Senate contenders.

The race is a worrisome one for the national Republican Party because a loss could mean losing control of the Senate.

Rubio chose not to run last year after embarking on his unsuccessful presidential run. He suspended his campaign March 15, the same night he lost the Florida primary to Trump.

previousSunburn for 6.3.16 — Hillary Clinton up 3 in Florida