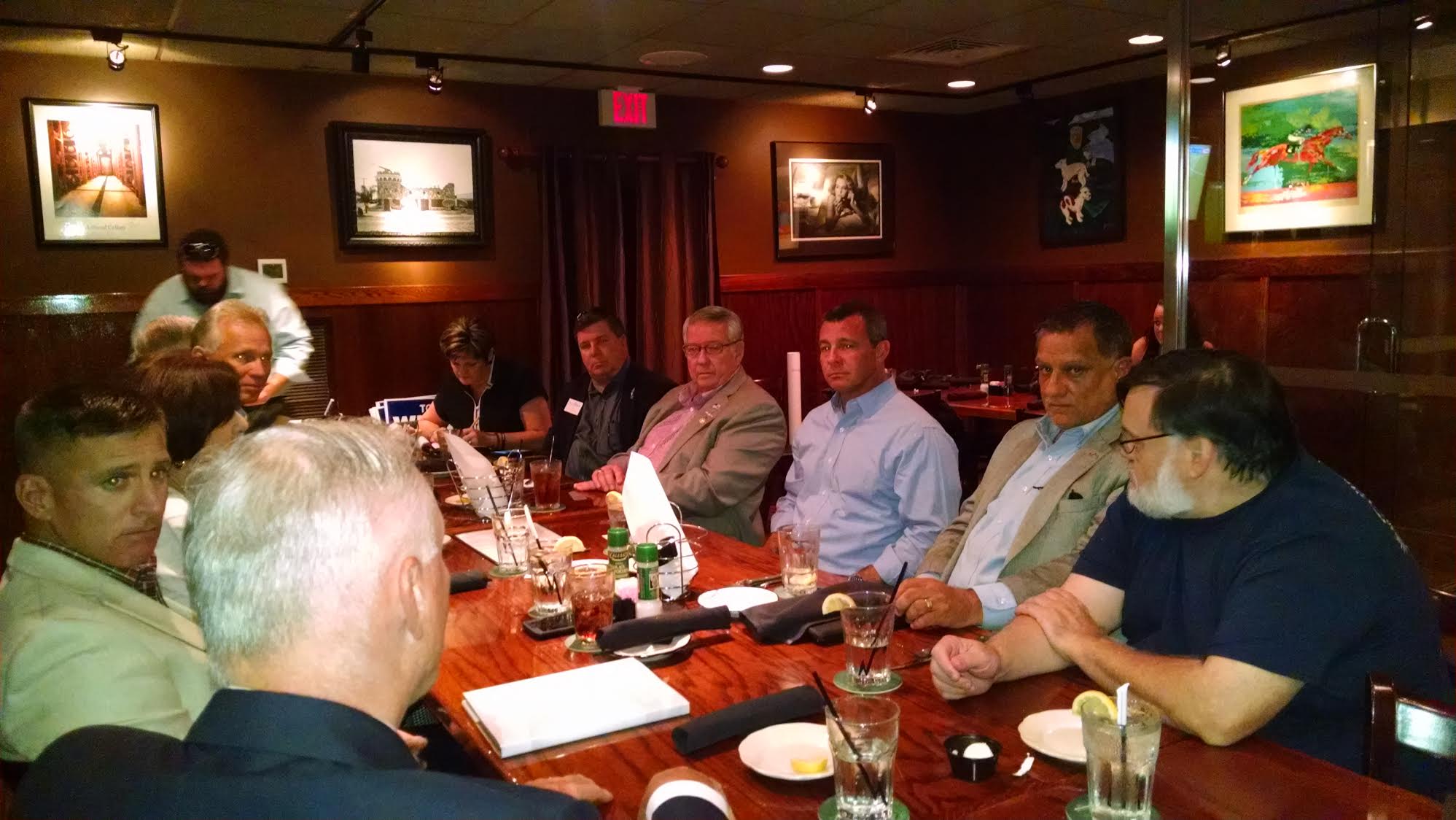 GOP Senate candidate Todd Wilcox says his campaign strategy won’t change a bit if Marco Rubio enters the contest for the seat he gave up over a year ago to run for president.

The former Iraq War veteran and CIA case officer kicked off his “Preserving Peace through Strength” tour Tuesday in Tampa, where he sat in the middle of a long table and spoke with a dozen former combat military veterans (as well as Deborah Tamargo, Hillsborough County Republican chair) about Syrian refugees, the Islamic State and the cultural differences between the two political parties.

Wilcox staffers say his three-day statewide tour has been in the works for weeks, tamping down speculation by some in the media it was created to exploit the interest in national security issues in the wake of the gun shooting massacre that took place in Orlando on Sunday morning, where 49 people were killed and dozens more injured.

Wilcox’ history gives him an ease in talking about military and foreign policy issues on the stump, and he took questions and heard some provocative comments for an hour from those who dined on either salads or sandwiches at Iavarone’s Steakhouse & Italian Grill in North Tampa.

“Who wants to be associated with a failed thing?” one veteran told Wilcox, referring to the Iraq War. “I did two tours in Iraq, and two in Afghanistan, and I regret the whole thing. (We) lost many Marines. For what?” The veteran went on to say the nation didn’t care about the current situation in Iraq, referring to the fact that more than 50 percent support Barack Obama.

“What you’re expressing is the backlash of this continued failed policy,” Wilcox remarked, a major critic of Obama’s foreign policy. He later said the creation of ISIS was a result of the U.S. “precipitous” pullout in Iraq, though the Obama administration says they were simply adhering to Status of Forces Agreement negotiated by the Bush administration that called for all U.S. troops to leave Iraq by the end of 2011.

When another veteran said he had recently had discussions with a liberal friend who worried Donald Trump would likely get the U.S. into war, Wilcox said he feared “chicken hawk politicians who have not served and who don’t understand the effects of war.”

Wilcox served eight years in the Army Infantry and Special Forces, serving in combat in Iraq during Desert Storm. He said while the search for weapons of mass destruction was part of the justification for invading the Middle Eastern nation in 2003, the real reason was extremely simple: President George W. Bush wanted to get revenge for Saddam Hussein attempting to assassinate his father, George H.W. Bush.

In his first campaign for any elected office, Wilcox says he’ll continue to speak candidly on issues, though he expressed frustrations about a recent interview he conducted with the Miami Herald, that highlighted his support for waterboarding. “Speaking candidly as I can, what does that get me?” he asked. “I did an hour and a half interview with a journalist down in Miami, and all she took out of that hour and a half was one comment where I said that enhanced interrogation techniques work.” He added that PolitiFact followed up on his comments a few days later, ruling his statement was false.

Two of the guests around the table also expressed anger at the Hillsborough County government for bringing in Syrian refugees. Last August, the county government joined, “Welcoming Cities and Counties,” a national program that helps localities improve outreach and helps refugees who relocate to the United States.

“We had a hand in what has created part of this problem in terms of the refugee crisis, and we should help, but we should help over there,” Wilcox says about the refugee situation. “We should be compassionate, but our priority should be protecting the homeland.”

And Wilcox labeled as “sad” proposals by Democrats to bring back gun control regulations in the wake of the Orlando massacre. “This is not an issue about gun control,” he said. “This is an issue about national security. We can have those political debates ongoing, but we’ve gotta step up and lead this nation. We’re not getting that from our civilian leadership right now. Our elected civilian leadership is not securing America, they’re failing America.”

The “Preserving Peace through Strength” tour continues through Thursday.