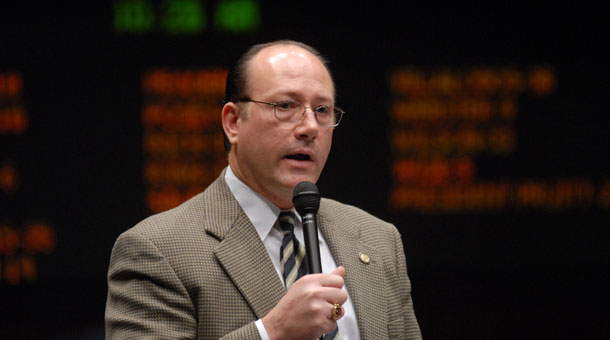 A court has rejected a request by a coalition of taxi cab companies to have Victor Crist removed as chair of the Hillsborough County Public Transportation Commission.

The Second District Court of Appeal in Lakeland issued an order dismissing the request Thursday.

“This was a malicious intent by the taxi coalition and their representatives to discredit me,” Crist said, adding his attorneys had told him that it was a “ridiculous and unfounded claim.”

Crist has increasingly become a source of controversy within his own agency in recent months, as the PTC continues to come up short in trying to negotiate a deal to bring ridesharing companies Uber and Lyft into compliance.

Crist’s relationship with his own board reached a nadir last month, when Temple Terrace councilman and PTC board member David Pogorilich called unsuccessfully for Crist step down, which came after yet another heated meeting at the PTC.

Pogorilich’s move came after Crist called to abolish the PTC, a move he has furiously resisted when such calls have come from state lawmakers like Jeff Brandes and Jamie Grant over the past two years.

Crist has been subject to intense criticism by the taxicab and limousine industry, which initially accused him of cozying up too closely when Uber and Lyft began operations. Three taxi companies filed a petition in Hillsborough County Court in May to have Crist removed from participating in the rule-making proceedings, but the 2nd DCA ruled against that request Thursday.

“It was in our best interests to at least address it,” said Menardi, adding that it wasn’t just the cab industry but some of his fellow PTC members who feel Crist is no longer capable of running meetings in a fair and impartial way.

There is no doubt Crist was frustrated by the inability to reach a deal satisfying both the ridesharing companies and the Hillsborough County taxi and limousine industry. Despite the hype in the past few months of an imminent deal, nothing has come to fruition, though reportedly representatives from both camps continue to negotiate with PTC staff.

“The right thing to do is level the playing field, open the market, and provide a baseline of regulation that guarantees safety to the community,” said Crist, whose proposal to regulate Lyft and Uber was rejected by the PTC in May. Crist said it was the most progressive and comprehensive regulatory ordinance proposed anywhere in the nation, and could have served as the model for the Legislature when they resume consideration of such regulations next year.

Menardi has also filed an ethics complaint, claiming a conflict of interest on Crist’s part. The claim involves Crist’s wife, Angela, who works at the University of South Florida as the director of the John Scott Dailey Institute of Government. Menardi said he didn’t hear the comments himself, but had affidavits filed from three other cab companies saying they overheard conversations with Crist in which he acknowledged his wife needs the goodwill of legislators like Brandes and Grant to get state grants.

Crist said he expected the ethics commission to dismiss Menardi’s claim as well.