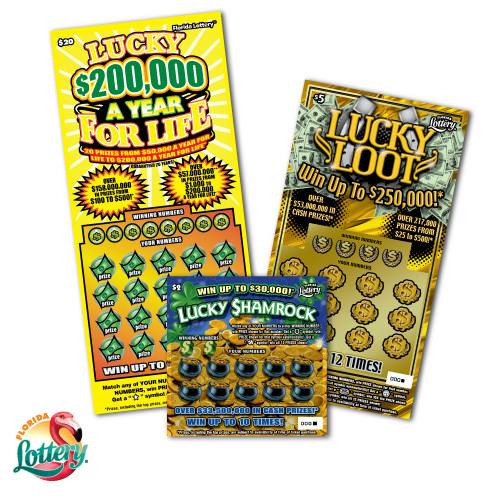 A Florida Lottery advertising contract worth $125 million is being challenged by the losing bidder.

Representing the company is Foley & Lardner partner Robert Hosay in Tallahassee. He’s an expert in bid protests and former interim secretary of the Florida Department of Management Services under Gov. Jeb Bush.

The Lottery last Tuesday awarded the five-year contract to PP+K, a Tampa-based advertising agency. A call last week to firm owner Thomas Kenney was not returned.

Among the St. John protest’s allegations:

Bishop, who had been a deputy secretary of the Lottery, represented PP+K on the contract “only 15 months after his departure” from the agency in April 2014.

PP+K, however, told Lottery officials that Bishop — also a top aide and spokesman for former Senate President Mike Haridopolos — “never met with any Lottery official privately” or otherwise actively lobbied on behalf of the firm. He voluntarily withdrew his representation in December 2015.

— Lottery officials broke the state’s Sunshine Law by not holding a public meeting to discuss “the relative merits of the vendors and arrive at a best value determination and award recommendation,” according to the protest.

Instead, they “made a best value determination among themselves in private,” something they were “forbidden” to do under law. That voids the contract award, the protest said.

Lottery communications director Connie Barnes on Friday confirmed a protest had been submitted but otherwise declined to comment.

She also declined to provide a copy of the protest under the state’s public records law until she consulted the department’s in-house lawyers. FloridaPolitics.com independently obtained the protest paperwork over the weekend.

In it, Hosay said his client “provided the best value to the department … and should have, under any reasonable and rational analysis, been selected.”

The idea behind the contract, first put out last June, was to “provide lottery players with the knowledge to purchase its products in a responsible manner, enhance sales (and) attract new and lapsed players,” according to the protest.

A January report by the Legislature’s watchdog arm said Lottery transfers to the EETF “increased slightly in fiscal year 2014-15 to $1.496 billion, or $1 million more than the prior year,” according to a summary.

The Office of Program Policy Analysis and Government Accountability, or OPPAGA, recommended the Lottery should “continue to regularly assess the effectiveness of its advertising,” among other things.

The latter two were eliminated this January after Lottery officials determined they were not “qualified” to bid on the contract.

In a second round, the companies were given work assignments and asked to make oral presentations, the protest said.

The Lottery then entered into final “negotiations” with both, the protest said. For St. John, that resulted in “little in the way of substantive comment or meaningful change requests,” according to its filing.

The protest also faulted the Lottery for never asking for a “best and final offer” in which company executives could “sharpen their pencils and provide the best offering and lowest margin they can.”

The company is asking that the Lottery to suspend awarding the contract until its protest is “resolved by final agency action” or by the courts. That includes either giving the contract to St. John or scrapping the deal and starting over.

previousMitch Perry Report for 6.27.16 — The auditioning begins to be Hillary's VP pick