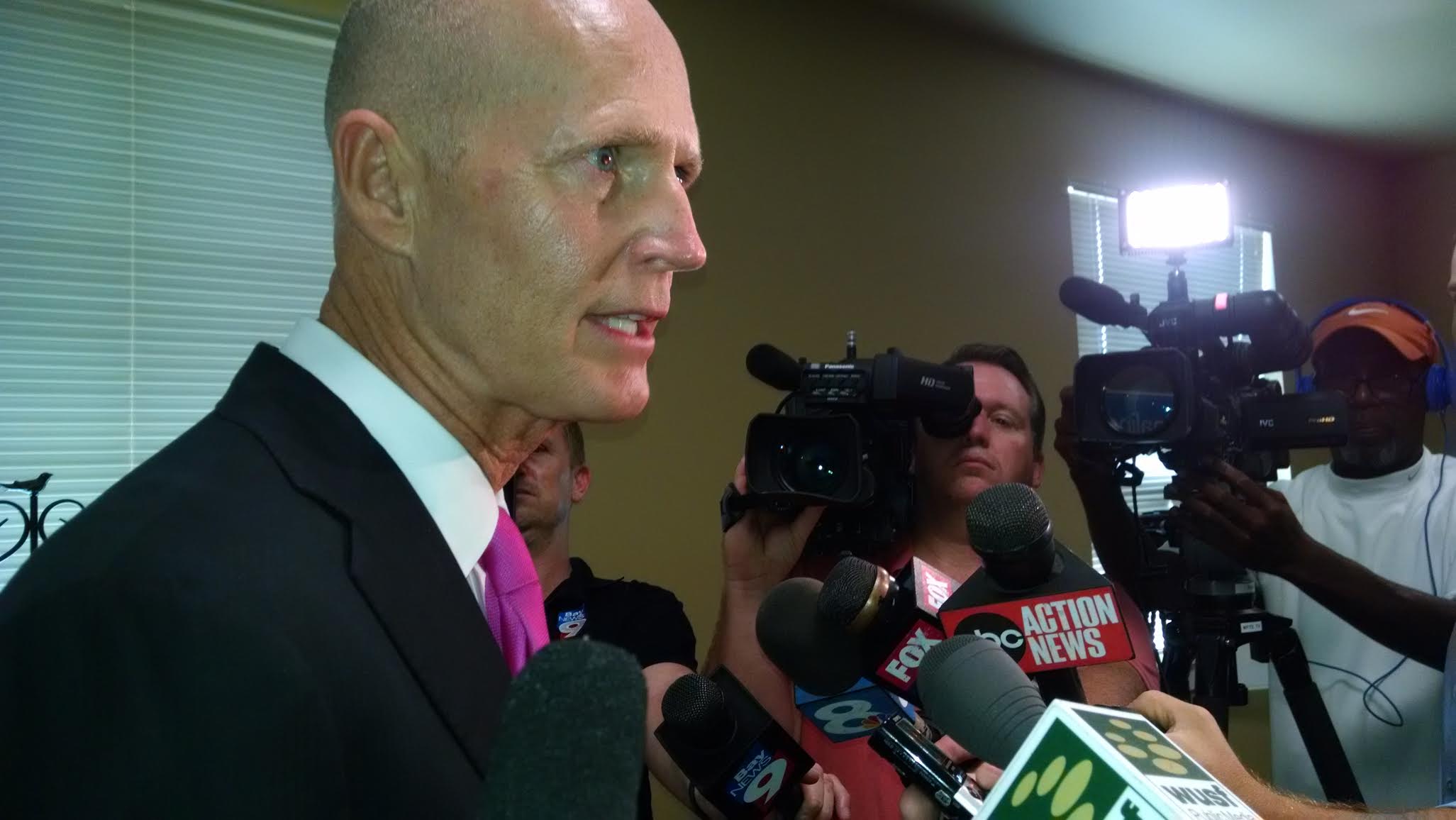 When Marco Rubio announced last Wednesday he would re-enter the U.S. Senate race that he insisted he would never do, the Florida GOP establishment immediately embraced his return. Despite the fact that he lost all but one of Florida’s 67 counties in the state’s presidential primary in March, Rubio still outpolled the five Republicans who were at one time running to replace him.

There has been one notable holdout in the Rubio love fest, however, and it’s Gov. Rick Scott.

Scott posted a statement last week upon Rubio’s re-emergence by seemingly going out of his way to praise Bradenton developer Carlos Beruff, the only Republican Senate candidate left standing after the GOP incumbent made his ambitions known.

Scott did not endorse Beruff. However, it was a point he emphasized Monday while speaking to reporters after holding an event in Tampa.

Scott said he never endorsed during the primary season, and wouldn’t now, but did say, “Marco Rubio has done a good job as U.S. senator. He’s also a friend. What I’ve said is, I’m not endorsing; let the voters decide.”

Scott also told reporters he has not been contacted by anyone in Donald Trump‘s campaign about being vetted as a vice-presidential possibility, and said “I like my job now” when asked if he would consider the position, should it be offered to him.

Although Scott was thought to be backing Trump during Florida’s presidential primary (over Rubio), he kept mum during the lead-up to the March 15 election, opting to endorse Trump the day after the vote. He rejected a call for him to advise the Trump campaign on what type of candidate they should consider to be the veep. “He doesn’t need my advice,” he said.

When asked what he thought of the “Brexit” vote by the British people last week to separate themselves from the European Union, Scott said, “We’ll see what happens.” He said he would be traveling to England next month on a trade mission. “The voters decided there, and we’ll see what impact is has there.”

Scott also boasted of his own administration’s move to request $26.2 million to fund preventive efforts regarding the Zika virus. The Florida Department of Health will send the money to counties and mosquito districts.

Scott has been calling on the federal government approve a $1.9 billion package to fight Zika. The House last week approved a $1.1 billion measure, but President Barack Obama is threatening to veto the legislation, as he holds out for the larger measure.

“It’s frustrating,” Scott said. “The federal government has not shown up with their money. We have over 100 cases of Zika. Fortunately, so far they’re all travel related. I want to make sure we do everything that we can. We have 40 entities, mosquito boards, cities and counties that have asked for funding, the feds are playing politics and not putting up (their) money.”