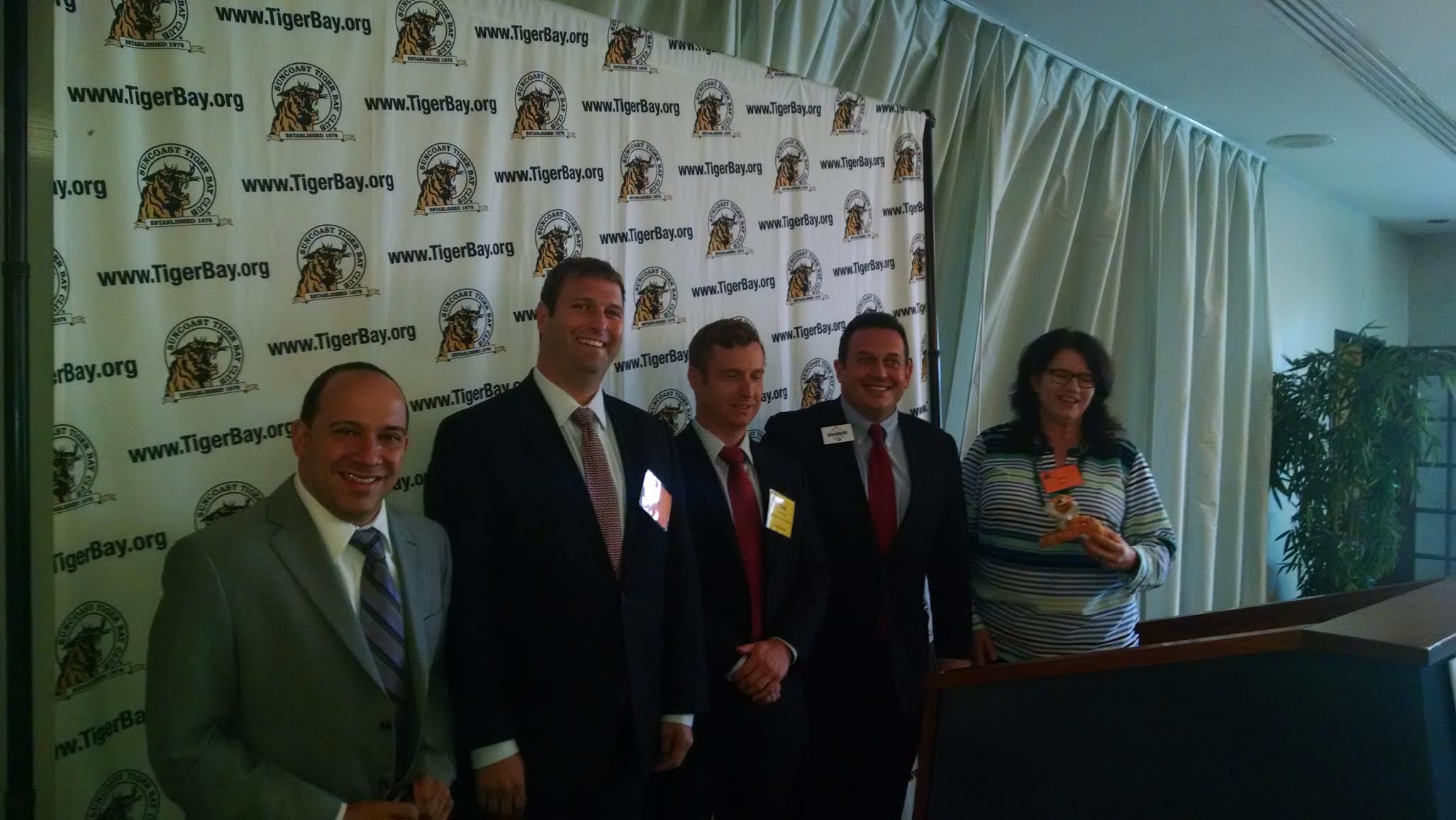 Perhaps the first thing to know about the three candidates vying to become the next state representative of House District 68 in Pinellas County is that none of them awoke on New Year’s Day this year with the dream of winning this seat.

Republican JB Bensmihen spent most of 2015 preparing to run against Democrat Lois Frankel in Florida’s 22nd Congressional District, and didn’t opt to enter the HD 68 contest until April — actually making him the first candidate to declare his interest in the seat.

HD 68 Democratic incumbent Dwight Dudley was expected to run for a third term, but unexpectedly announced in late April he would not run for re-election (he’s now running to be a judge in Pinellas). Just a few hours later, St. Petersburg-based attorney Ben Diamond then became the first Democrat to enter the race. He was joined a week later by Eric Lynn, who spent much of 2015 raising money as the lone Democratic congressional candidate to oppose GOP incumbent David Jolly in Florida’s 13th Congressional District in Pinellas County. But with the emergence of former Gov. Charlie Crist in the race, Lynn opted to pull out of that race and challenge Diamond in the Democratic primary later this summer.

Got all of that? The three men gathered at the St. Pete Yacht Club on Wednesday for a Suncoast Tiger Bay Forum, where there was a lot of agreement, and not much dissent exchanged in the nearly hour-long forum. That’s in part because Bensmihen is a moderate Republican who agreed with the two Democrats on issues like the need for sensible gun control legislation, abortion rights and Medicaid expansion in Tallahassee.

Lynn agreed with some state Democrats who have called for a special session to address gun violence in the wake of the slaughter in Orlando earlier this month. He acknowledged that with a GOP-led majority, however, the Legislature is likely to do very little on the issue, “but every single problem in our country that we have had to solve in the last hundred years, you need to take steps at chipping away at that issue.”

Bensmihen, 47, has achieved a considerable amount during his career working in the home care industry, especially considering he’s grown up with cerebral palsy. His true handicap at the moment, however, is that he’s only been a regular resident of Pinellas County for just a few months. Bensmihen was hit by moderator Peter Schorsch (the proprietor of this website) on his lack of roots in the community, and embarrassed him when he was put on the spot to name local elected officials, such who was the immediate predecessor to Mayor Rick Kriseman (he incorrectly said Rick Baker), or who served on the Pinellas County Commission (he didn’t mention a single member).

“The issue is not that I moved from one part of the state, to another part of the state,” Bensmihen replied. “I’m still running for a state house seat in Florida,” adding that he entered the race when Dudley was the only candidate on the ballot. He also attempted to deflect the question by saying Diamond didn’t appear to have a problem supporting a candidate like Alex Sink in the special CD 13 election in 2014, despite the fact she had previously never lived there (Diamond was Sink’s general counsel when she served as the state’s CFO), and that Lynn had been gone from St. Petersburg for many years before returning in 2015 to run in the CD 13 contest (a campaign staffer for Lynn says that he actually returned back to St. Pete in 2014 to work on consulting and to raise his family).

Lynn, a former senior advisor in the Pentagon during the first six years of the Barack Obama administration, has shifted hundreds of thousands of dollars that he raised as a congressional candidate to a political action committee, as is allowed under Florida election law. But, he was asked, is it fair?

“I have always said that we need changes in campaign finance reform,” Lynn said. “I think it’s wrong that anyone in the state of Florida can set up a political committee to take unlimited funds. Those funds should be limited in the same way that funds from a federal candidate should be limited. But currently, the law states that a political committee can accept unlimited funds.”

“I don’t have a Washington war chest in this campaign, and just because something may be legal, doesn’t mean it’s right,” he said, adding that if Lynn is as concerned with using his PAC money as his comments suggested, “perhaps he and I could enter into some sort of discussion about not doing that.” The two did not appear to be discussing that after the event.

Diamond has served on the PSTA board the past couple of years, and said the advent of Uber and Lyft made this the “most transformational time” ever when it comes to transportation planning since the creation of the automobile. He said he was proud of “incremental” changes that have been made locally, such as Express Bus Rapid Transit (BRT) service in St. Petersburg’s Central Avenue corridor. It’s scheduled to begin in 2019, thanks to funding from the Legislature and Washington.

Lynn attributed part of the failure of the 2014 Greenlight Pinellas transit tax was that its critics were successful in labeling it as, well, a tax. “In Tallahassee we have to fight for transportation advancement, and make sure we are explaining to the voters what it actually does for the community, and not allowed to be tagged as a tax that is not needed,” he said.

Another issue where all three candidates seemed to be on the same page was on their emphasis for funding public education, though how they would find the extra money and get it through the GOP-led Legislature wasn’t exactly clear. Nor, for that matter, was the fact that the candidates all said they would work to get Medicaid expanded in 2017, an issue Democrats (and the business establishment) have been unsuccessful in persuading both houses in Tallahassee to pass since 2013.

The Democratic primary between Diamond and Lynn takes place Aug. 30, with the winner facing Bensmihen in November.