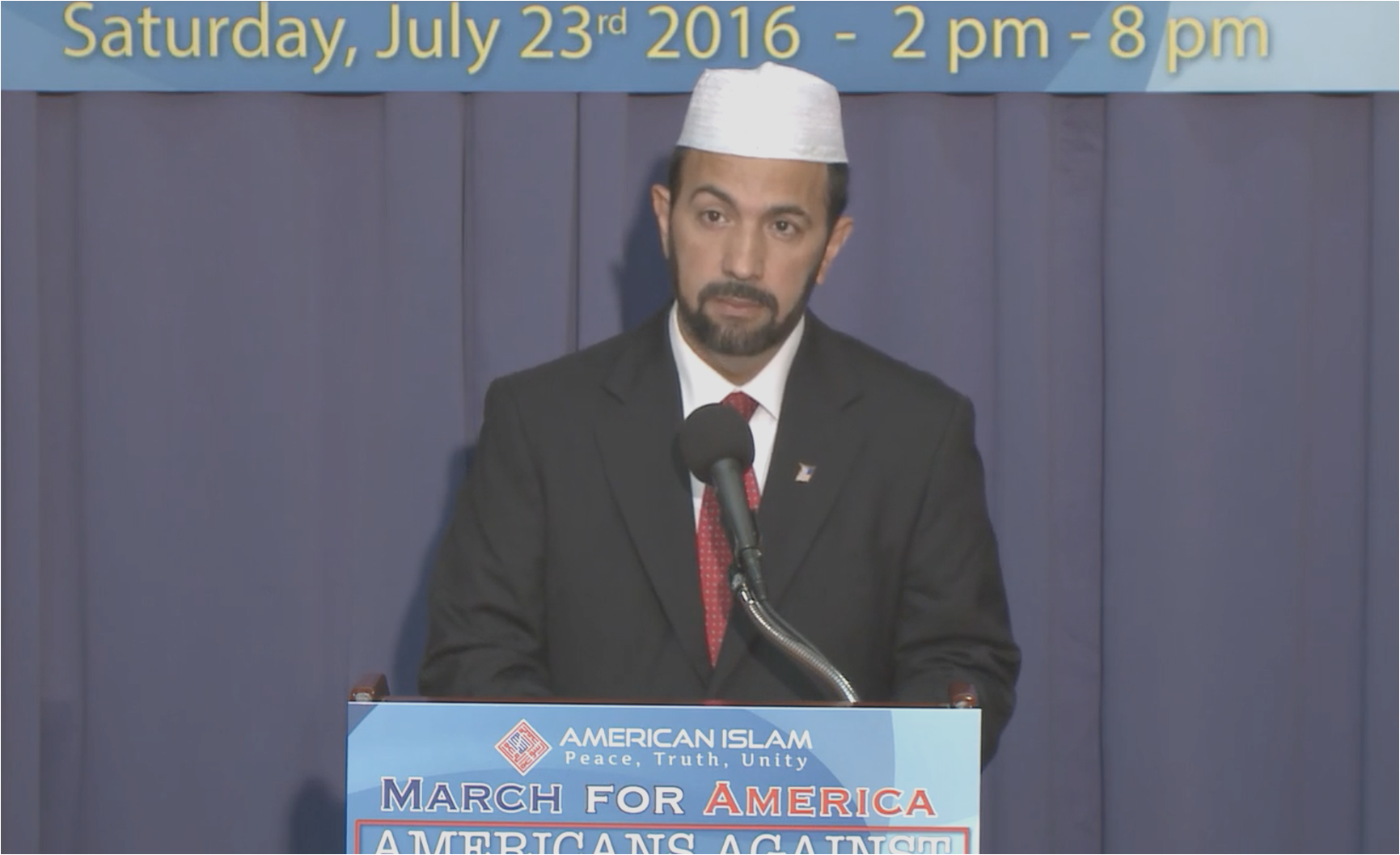 Orlando Imam Muhammad Musri, other American Islam leaders and faith leaders from other religions from throughout the country called over the weekend for a national inter-faith march on Washington D.C. to promote peace and denounce extremist violence.

Musri, Orlando-based president of American Islam, said the “March For America” rally will be aimed at both showing Islam as a peaceful faith that condemns attacks such as the ISIS-pledging gunman who massacred people in Orlando on June 12.

Musri said he wants that message to go through both to Americans of all faiths, and no faith, and to reach young Muslims to show them that radicalized messages are not representative of the Islamic faith.

The announcement was held at the National Press Club Saturday and included Jews, Christians and people of other faiths who pledged their support for the Muslim-based rally, and called on their followers to join the March For America.

They said the rally would be against all forms of hatred and xenophobia.

Musri also used the forum to denounce, on a national stage, the massacre at the popular Orlando gay nightclub, Pulse, and any other violence in the name of Islam. He made similar denunciations in the days following the attack.

“On behalf of the American Muslim community, I want to extend our deepest condolences to the families and friends of the victims of the barbaric assault on my city, Orlando, Florida. We unequivocally say that such an act of hate-fueled violence has no place in anything, and especially in Islam,” Musri said.

“As Muslims we condemn in the strongest terms the mass shootings in Orlando and all forms of violence and extremism done in the name of our faith, Islam. We completely reject the hate and intolerance of those who trample on the rights of others. T hey are besmirching and defiling Islam,” he continued. “We say the criminal who committed this act of killing 49 people and injuring 53 others was not practicing Islam, he was simply a mass murderer.”

Musri and other speakers also cited other acts of terrorism that have occurred worldwide in the weeks since the Pulse shooting. The rally was in the works long before the Orlando attack.

“We’ve been working on this event for the last several months and I think no one in this room would dispute the fact that it is absolutely time that we have to do things like this,” said Bob Morrow of the All Dallas Area Muslim Society, another sponsor of the rally.