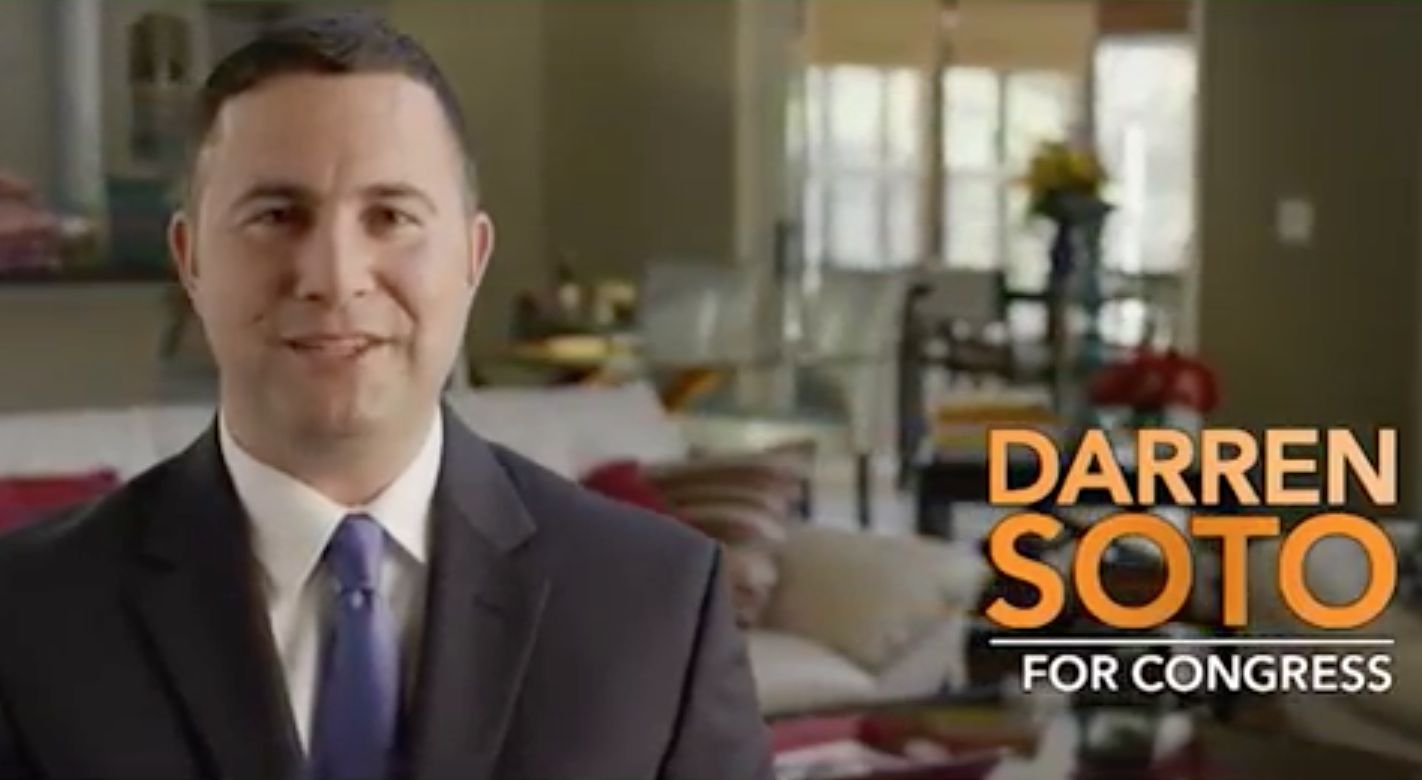 State Sen. Darren Soto is launching two television commercials — one in English, one in Spanish — in his quest for the Democratic nomination to run for Congress in Florida’s 9th Congressional District.

Starting Tuesday, the commercials will run in both the Orlando and Tampa TV markets because CD 9 includes south Orange County and Osceola County in the Orlando market and eastern Polk County, which is in the Tampa market.

Soto faces Dena Grayson, Susannah Randolph and Valleri Crabtree in the Aug. 30 Democratic congressional primary. The winner will face the victor in the Republican primary, either Wayne Liebnitzky or Wanda Rentas.

Grayson became the first CD 9 candidate to hit the airwaves last week with her “Meet Dr. Dena Grayson” commercial in the Orlando market.

Soto’s English commercial, “Get Things Done,” focuses on his accomplishments as a Florida lawmaker, including writing the bill that increased the amount of time women have to report sexual assaults.

The Spanish commercial, “El Momento,” which will run on Spanish cable channels, focuses on the prospect that Soto could become the first Floridian of Puerto Rican heritage elected to Congress, and the first Hispanic from Central Florida.

The district has more than a 40 percent Hispanic base, and is the center of the large and growing Central Florida Puerto Rican community.