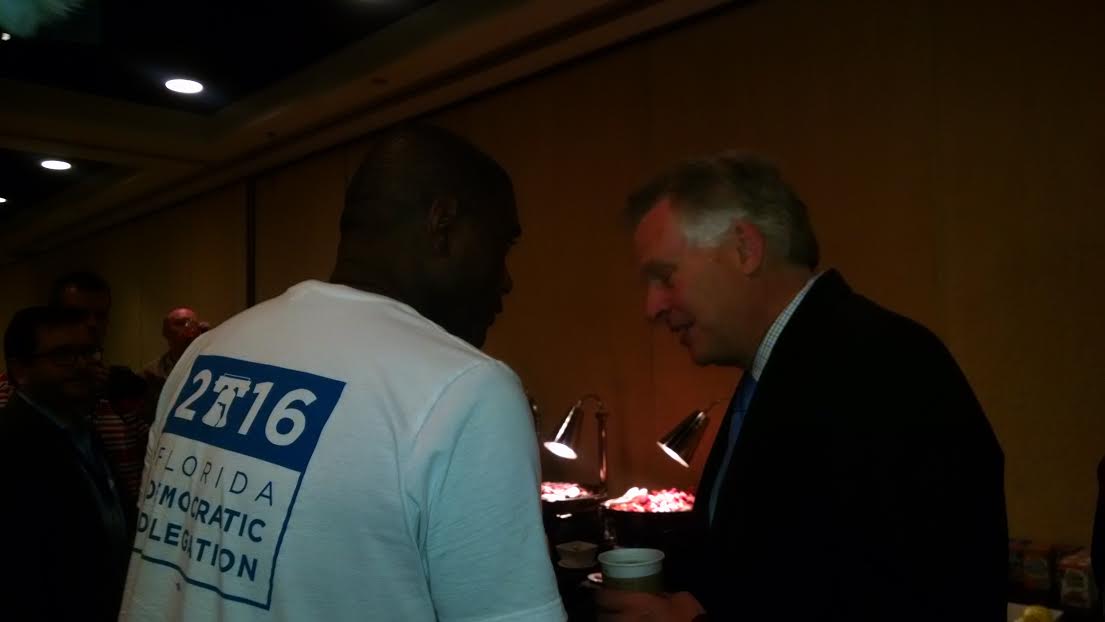 Virginia Gov. Terry McAuliffe recently did something many Florida Democrats can only dream of.

In April, he issued a sweeping order restoring rights to all ex-offenders who are no longer incarcerated or on probation or parole. That move was nixed by the Virginia Supreme Court however, which ruled last week that he had overstepped his clemency powers, agreeing with state Republicans who challenged his order, arguing the governor can only restore voting rights on a case-by-case basis and not en masse.

So McAuliffe told Florida Democrats on Thursday morning that’s exactly what he’s going to do.

“I’ve taken the step myself folks. I’ll be back tomorrow in Virginia, and I’ll be getting the process — I will individually sign all of these (forms) to get these people’s rights back, and we’ll get all 206,000 rights back,” he said as the Democrats cheered.

Virginia is key swing state, and its 13 electoral votes could prove to be the difference in the general election. With most analysts believing that the majority of ex-felons who would vote are Democrats, there are powerful incentives to maintain such a law.

Virginia and Florida are just a handful of states that ban all felons from voting and require individual exemptions for ex-offenders to vote. Democrats and activists who want to change the law know that won’t happen, because the GOP-led Legislature doesn’t want it to. Republican Gov. Charlie Crist and a majority of the Cabinet agreed to relax the rules to make it easier for felons to regain their civil rights, including the right to vote, but Rick Scott repealed that move when he won office in 2011.

McAuliffe’s comment earlier this week that Hillary Clinton would probably approve the Trans-Pacific Partnership has gotten everybody into a lather in Philadelphia. It has fueled further outrage from Bernie Sanders supporters who never believed Clinton in the first place when she reversed her previous position on the controversial free trade agreement, and created a big headache for the Clinton team, who insist McAuliffe doesn’t know what he’s talking about.