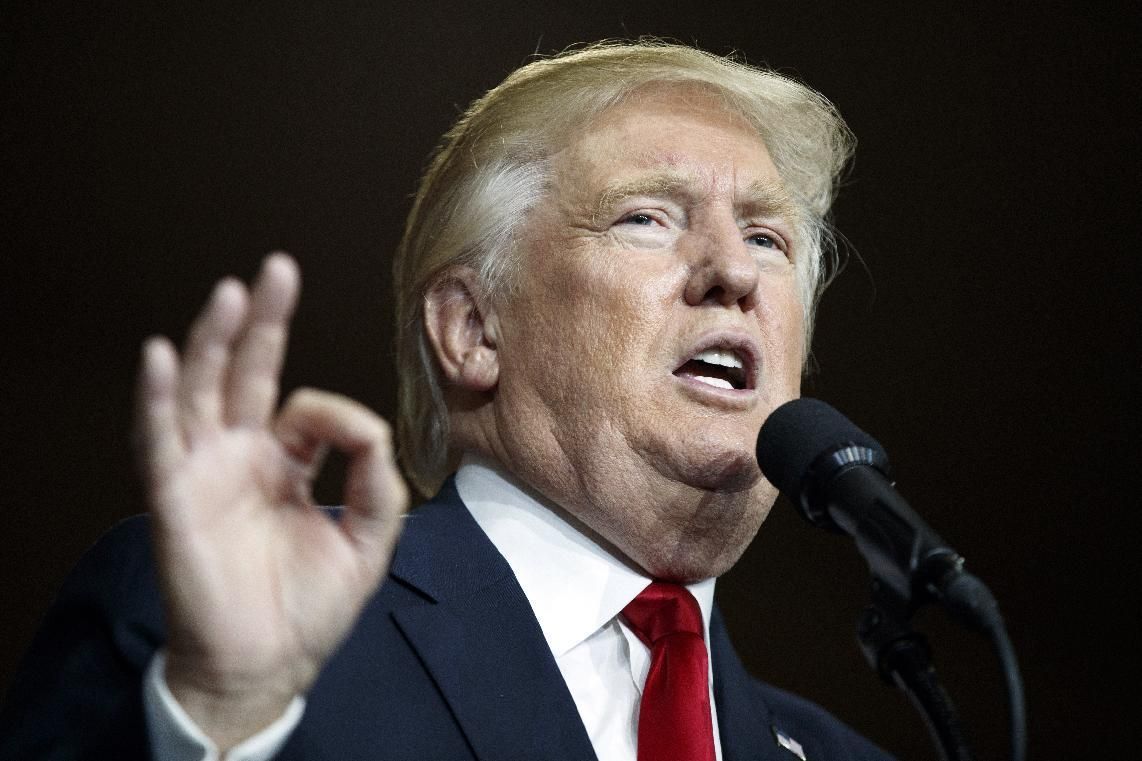 For Donald Trump, it’s become a familiar pattern. The Republican nominee can’t let go of a perceived slight, no matter the potential damage to his presidential campaign or political reputation.

Republican leaders have urged Trump to drop his attacks on Khizr and Ghazala Khan, who appeared at last week’s Democratic convention and harshly criticized the GOP nominee. It’s not just the optics of picking a fight with a military family that has GOP officials eager for Trump to move on, but the timing of his attacks: Election Day is just three months away.

Those who have worked with Trump say that in private meetings, he can often appear amenable to putting a controversy aside. But the businessman can quickly be drawn back in by an interview, especially if he believes he’s already answered the question, or if he grows irritated by commentary on cable television.

“It’s just who he is,” said Stuart Jolly, a former campaign staffer and current political director for the pro-Trump Great America PAC.

Others who have worked with Trump say the only way to ensure he moves on is to wait for him to tire of an issue or get drawn into another matter. Newt Gingrich, the former House speaker who has advised Trump, said the candidate’s inability to back away from a political land mine “makes him vulnerable.”

“His whole experience up until running for office was in a very combative New York media market,” Gingrich said. “He’s been doing it now for over 30 years. It’s a very deeply held habit.”

Khizr Kahn delivered an emotional address at last week’s Democratic convention, with his wife standing by his side. The Pakistan-born Khan told the story of his son, U.S. Army Capt. Humayun Khan, who was posthumously awarded a Bronze Star and Purple Heart after his death in 2004.

Khan said that if Trump were president and enacted his proposed temporary ban on foreign Muslims coming to the U.S., a position Trump has backed away from in recent weeks, his son would have never been allowed into the country. He also questioned whether Trump had ever read the Constitution.

Trump responded by implying Ghazala Khan’s religion preventing her from speaking at the convention, though she later said talking publicly about her late son was still too difficult. On Monday, Trump tweeted that he was being “viciously attacked” by Khizr Khan.

Trump’s unwillingness to let the matter subside sparked outrage Monday from a chorus of Republicans.

Arizona Sen. John McCain, a former prisoner of war, said Trump did not have “unfettered license to defame those who are the best among us.” Rep. Mike Coffman, a vulnerable Republican in a competitive Colorado district, said he was “deeply offended when Donald Trump fails to honor the sacrifices of all of our brave soldiers who were lost in that war.” Missouri Sen. Roy Blunt said the Khans “deserve to be heard and respected.”

“My advice to Donald Trump has been and will continue to be to focus on jobs and national security and stop responding to every criticism whether it’s from a grieving family or Hillary Clinton,” Blunt said in a statement.

However, none of the Republican lawmakers pulled back their support of Trump’s White House campaign.

In his first rally after a weekend of controversy, Trump spoke at length and took several questions at an event Monday in Columbus, Ohio — never once mentioning the Khans.

But when asked about Khizr Khan on Fox News Channel’s “Hannity,” Trump responded, “I guess it’s part of my life.”

“His son died 12 years ago,” Trump added. “If I were president, his son wouldn’t have died, because I wouldn’t have been in the war, if I was president back then.”

Trump backers attending the Ohio rally dismissed the issue, underscoring how the businessman was able to survive numerous such firestorms in the GOP primaries.

“I think the Democrats laid a trap for him,” said Tom McClanahan, a 54-year-old from Johnston, Ohio. “I think they knew what they were doing when they asked that family to speak at the convention. They knew he’d respond.”

Dale Brown, a maintenance supervisor from Grove City, Ohio, whose son is in the Navy, said Democrats were blowing Trump’s comments out of proportion and had “politicized this by asking that family to speak.”

But the real test for Trump isn’t the opinion of the loyal supporters who attend his rallies. It’s the broader general election audience, a far more diverse group still weighing Trump’s readiness for the White House.