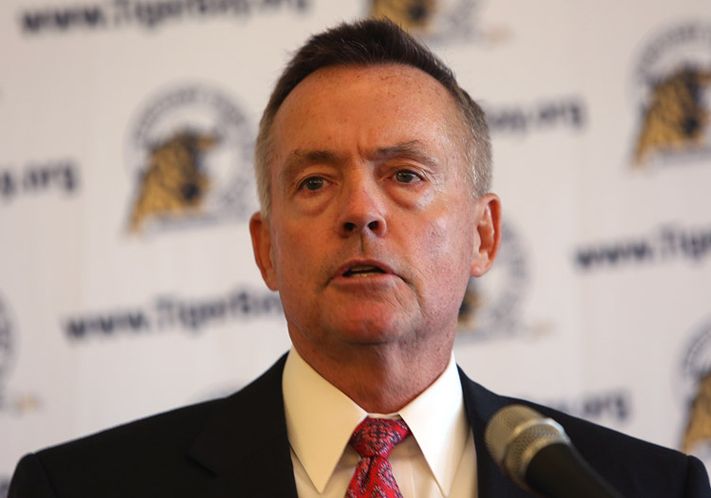 All the talk about the David Jolly–Charlie Crist battle in Florida’s 13th Congressional District contest this race ignores the fact that Jolly DOES have an opponent in the Republican primary later this month.

He’s retired Marine General Mark Bircher, and he said that in the name of party unity, the Pinellas County Republican establishment should rally around his candidacy later this month, unless his opponent sees the light and gets behind Donald Trump‘s candidacy for president.

“We cannot accept divided loyalties when so much is at stake,” Bircher said in a statement. “If Rep. Jolly refuses to endorse Mr. Trump, the Pinellas Republican party leadership should throw its full support to the 13th Congressional District House candidate who supports the nominee. If the party will not support party unity, then the voters must do so on the ballot.”

Bircher is running for the Republican nomination for Congress for the second time in two-and-a-half years. He finished third behind Jolly and state legislator Kathleen Peters in the special Republican primary election in January 2014, held just a few months after C.W. Bill Young died after more than 42 years in office.

“Mr. Trump was not my first choice during the primary, but he is my first choice now,” Bircher said regarding who he will vote for president in November. “Any candidate for federal office who directly or indirectly supports Mrs. Clinton in her quest to preserve the Obama legacy and and continue to ‘fundamentally transform’ America is unacceptable. We can rely upon Gov. Crist to promote the Clinton/Obama agenda in the general election; we do not need our Republican candidate to reinforce that effort in our own party primary. The Republic has withstood eight years of deliberately destructive policy; the outcome may be in doubt under four more years of the same.”

Bircher is running an uphill battle to topple Jolly, who originally announced last year he would not run for re-election to the congressional seat, and instead would attempt to become a U.S. Senator, succeeding Marco Rubio.

However, Rubio changed the political trajectories of several Republicans who were running for Senate when he re-entered the race in June. In Jolly’s case, he had just enough time to qualify to run for re-election to his congressional seat.

Jolly has not definitely said he will not vote for Trump. Instead, he has said that “he is not there yet” in recent months when asked if he could support The Donald in November.

“In order for local parties to endorse in the primary a two thirds vote is required. Our last meeting prior to the August 30th Primary took place last night (8/8) and there are no additional meetings prior to the Primary Election for such a vote to take place. The Republican Party of Pinellas County is looking forward to focusing our efforts to defeat Charlie Crist in November.”

He also notes that the Pinellas County Republicans held a straw poll on Sunday with over 220 members and activists casting ballots, and Jolly defeated Bircher, capturing 79 percent of the vote.

The Jolly campaign said the issue was between Bircher and the party, and declined to comment.