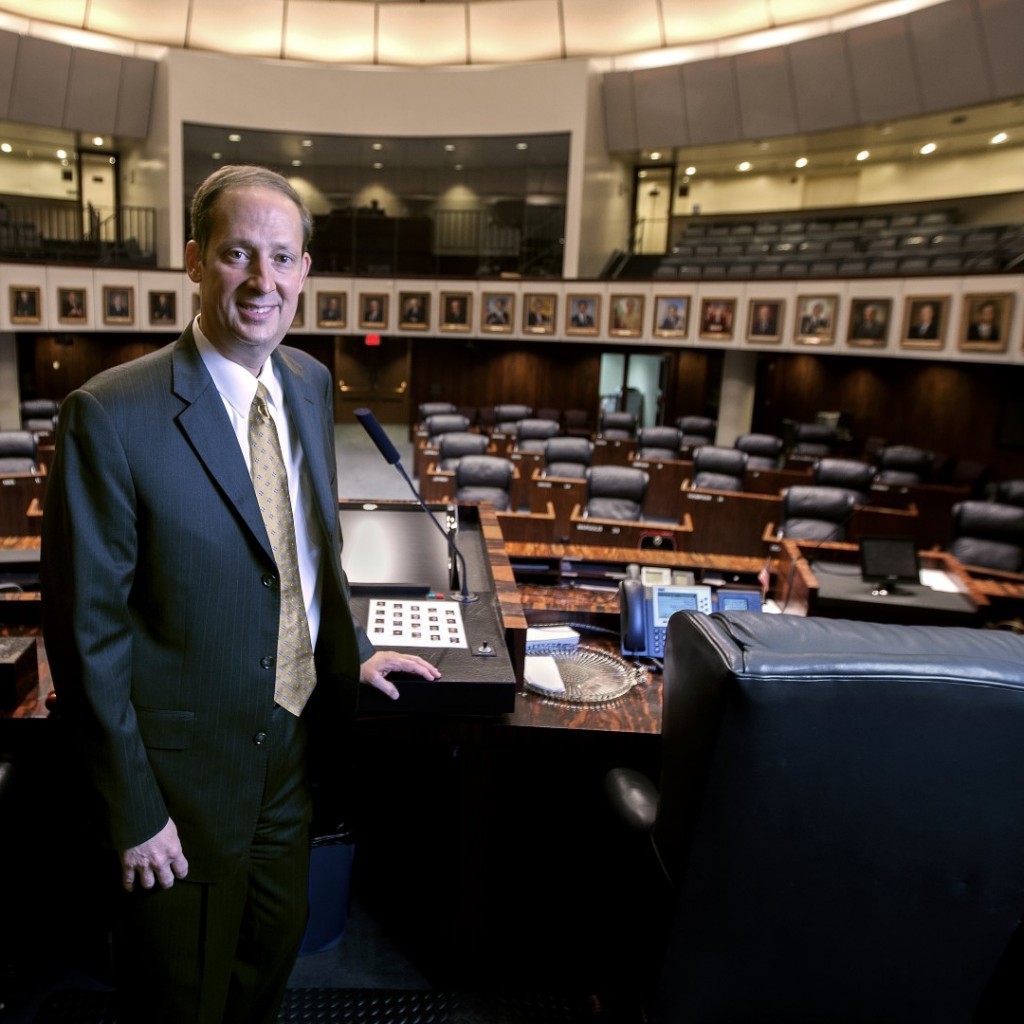 A report in the TCPalm about incoming Florida Senate President Joe Negron‘s fundraising activities offers an incomplete, naive, and laughable insight into the otherwise serious subjects of campaign finance and how legislative leaders rise to the top of their respective chambers.

Investigative reporter George Andreassi paints by the numbers with his exaggerations of the fundraising circuit; use of well-regarded, but stale academics for authoritative-sounding quotes; and the rattling off of eye-popping dollar figures which, when put in the appropriate context, aren’t that eye-popping.

Andreassi leads off with a sentence that sounds like it should be read by the narrator of those “Honest Trailers” videos:

“Incoming Florida Senate President Joe Negron taps his political funds to jet around the country, stay at ritzy hotels and eat at fancy restaurants while engaging in far-flung fundraising missions for himself, the Republican Party and other GOP candidates.”

By “jet around the country,” this means going to the airport and taking a jet to destinations across the country. In some parts of the world, this is called business travel. In Andreassi’s world, it’s cause to tar-and-feather Negron.

Anyway, it’s pretty much downhill from there for Andreassi’s reporting.

The story is incomplete because it plays this kind of game …

Andreassi barrages the reader with statistics:

But he offers little context for these figures.

By Andreassi’s own math, Negron has run in at least 10 general elections during his three decades in politics. That’s not counting primaries. That’s not counting election cycles where he was not on the ballot but his political committee was engaged in other races. When you take that $10 million and divide it by all of the races in which Negron has run, it’s not a lot of money, especially when you consider the population of a Florida Senate district.

Andreassi writes about the amount of money Negron’s political committees have raised — $4.6 million since 2012. What Andreassi doesn’t mention is that this money was used by Negron to engage in the dozens of state Senate races, the outcomes of which won Negron the Senate presidency. When you take $4.6 million and divide it by all of the races Negron had to play in, it’s not a lot of money, especially when you consider the prize Negron won at the end: one of three most important positions in state government.

Take another statistic Andreassi employs to make it look like Negron belongs on a modern-day episode of “Lifestyles of the Rich and Famous.“

Now, $175,000 is a lot of money. But it’s not a lot of money if you are trying to elect dozens of individuals to the Florida Senate. Again, do the math. When you divide $175K by seven years, it equals $25,000 a year. That’s $2,000 a month in travel expenses. That amount barely covers two or three flights to and from southwest Florida to anywhere in the state. (The cost of this writer’s last flight from Tampa to Tallahassee and back was more than $500 on Silver Airways.)

So how is $2,000 on travel that unreasonable for a state Senator aiming to become Senate president? It’s not.

By the way, Andreassi leaves out the very important fact that several other state senators were listed as official fundraisers for Negron’s Treasure Coast Alliance. This is a glaring sin of omission on Andreassi’s part.

The story is naive because Andreassi clearly does not understand Florida’s campaign finance system.

— He doesn’t seem to understand how the legislative reimbursement system works. Instead he pummels the reader with a statistic about Negron being reimbursed by the Legislature for $38,837 for mileage, meals and lodging, as if being reimbursed for expenses related to being a duly-elected legislator is grand theft.

— He doesn’t seem to understand the restrictions on political committees, like them not being able to obtain a credit card. This requires individuals to charge large expenses to their personal credit card they then expect to be reimbursed for in a timely fashion.

The bottom line is Andreassi doesn’t appear to understand a lot. He’s just looking for a bogeyman and using otherwise benign reimbursement forms to find him.

Worst of all, this story is laughable because of the lengths Andreassi goes to make it sound like “there’s gambling going on in here.”

For example, there’s this atrocious section:

“Negron said all his contributors’ names, occupations, addresses and donated amounts are reported to the Division of Elections and readily available to the public online.

However, campaign finance reports do not disclose some key details, such as a contributor’s business interests in the state government, whether a contributor communicated or met with a lawmaker, and, if so, what they discussed. They also don’t say where Negron went, why he went there, with whom he met, or what he did.”

In other words, Negron follows not only the letter but the spirit of the law, yet because he has not divined and detailed why someone is contributing to him, he’s suspect?

Also, by Andreassi’s standard, Negron should be fitted with a LoJack so he can be tracked where he went.

What planet is Andreassi living on?

Honestly, I was prepared to put Andreassi’s story on Genius.com and annotate all of the ridiculous dots he tries to connect.

There’s this one: “The fundraising trips have taken Negron — who represents Martin, St. Lucie and Indian River counties — as far from the Treasure Coast as Palm Springs, California, and Cambridge, Massachusetts.” Oh my God, not Cambridge! That son-of-a-bitch Negron must have been up to something up there at Harvard.

And this one: “Many politicians raise money so they can travel to meet with wealthy contributors in pursuit of large donations so they can pay for more fundraising trips.” No, they raise money to pay for advertising. Fundraising expenses are a very small percentage of almost all political committee spending.

And this one: “The fundraising often occurs in exclusive venues — private clubs, hotels, mansions and restaurants …” Where are fundraising events suppose to occur, Chuck E. Cheese’s?

The laughs continue with Andreassi’s dragging out of professors Aubrey Jewett and Susan MacManus, the two most conventional of conventional wisdom dispensers there are in Florida politics. Instead of saying trite crap like do in campaign stories (“Swing voters will decide this election”), Jewett testifies that “Political committees set up by members are essentially glorified slush funds,” and MacManus says, “Think of the campaign finance system overall as a giant sponge …”

That sound you just heard as you were reading this was my head banging against the wall.

By the way, did I mention this story is also accompanied by some of the most elementary looking bar graphs and timeline graphics you’ll see in a daily newspaper. They’re so bad, it’s necessary to respond with this graphic: 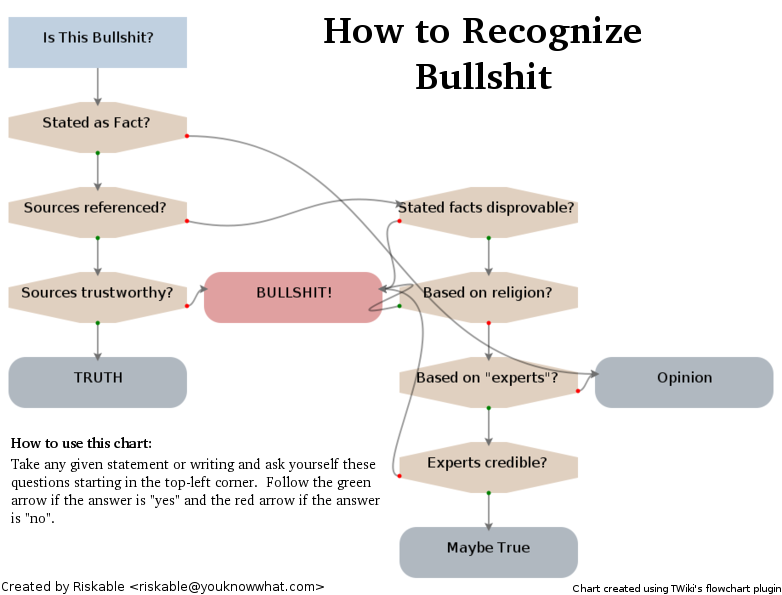 Going beyond this individual story, Andreassi, as well as his colleague Isadora Rangel, consistently dog Negron even though he is focused on hometown priorities, even going up against large special interests. A perfect example of this are water issues and algae blooms, with which Negron has constantly stood up against Big Sugar. For goodness’ sakes, the guy just called for a reservoir to be built south of Lake O.

For this, the TCPalm has responded with this story, which is simply gotcha journalism without the gotcha.