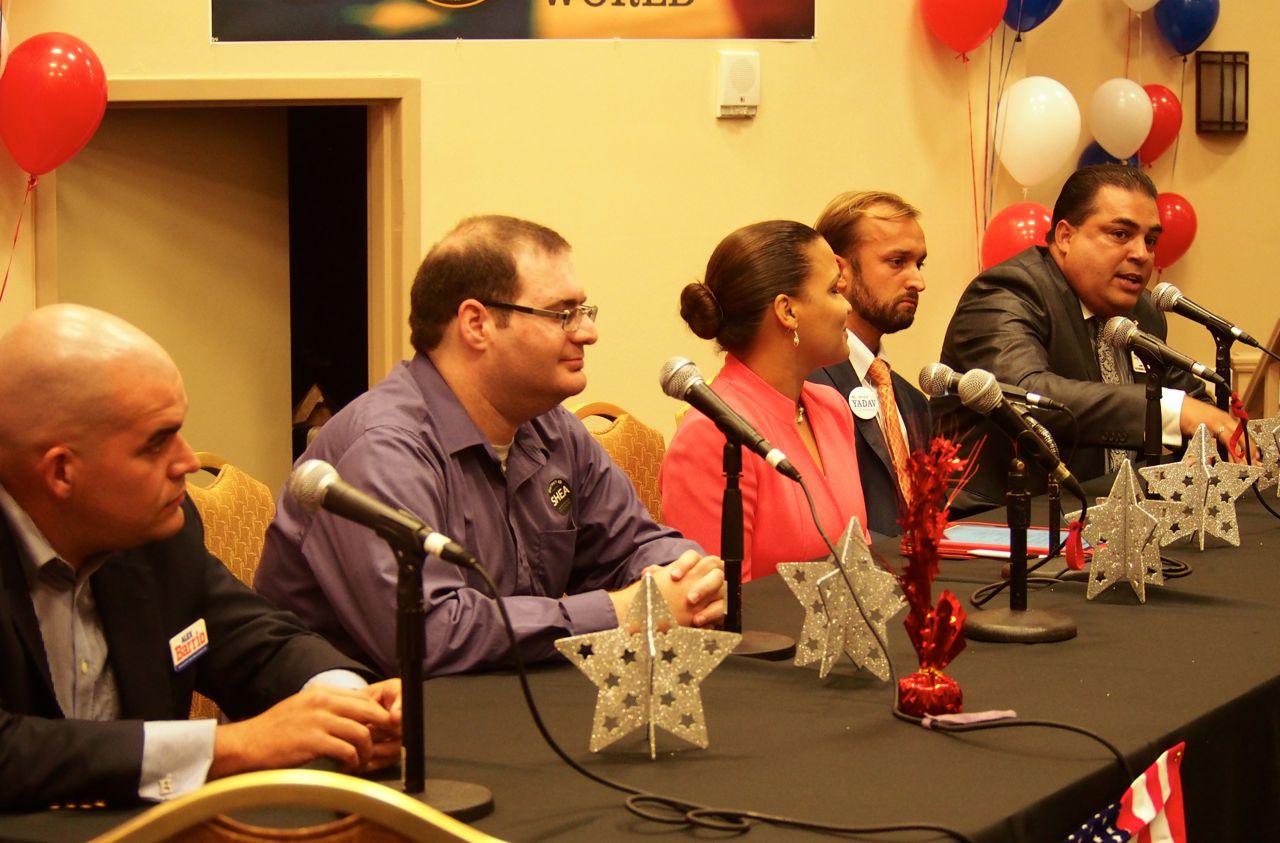 Democratic candidates running in Central Florida for the Florida Legislature are making the Zika threat to Florida their next big reason to push for Medicaid expansion and protection of women’s health centers.

At the annual “Political Salsa” hobnob and debate forum in the heart of Orlando’s Puerto Rican east side, dozens of local, state and federal candidates and hundreds of mostly Hispanic people hashed out issues ranging from gun violence to school testing to the expected spread of Zika-infected mosquitos into Central Florida.

The Democrats, notably House District 48 opponents Alex Barrio and Amy Mercado, House District 30 nominee Ryan Yadav, and House District 42 Benny Valentin hammered home that, in their minds, with Zika coming, there’s no messing around with providing as much access as possible for Floridians’ health care.

Zika is the mosquito-borne disease ravaging Latin America and the Caribbean, now spreading by mosquito in South Florida, with the ultimate worst effect being massive brain deformities for children born of women infected during their pregnancies. The Democrats’ health care access comments drew some of the loudest applause of the night, which featured five panels of candidates.

“Zika is already here,” Mercado declared. “We not only need to continue to fight for health care in Florida as a whole, including Medicaid expansion … but especially, especially, for women who are going to have the most problems with this!”

The forums also saw 9th Judicial Circuit State Attorney Jeff Ashton and his Democratic primary opponent Aramis Ayala argue heatedly over advertising a George Soros-funded political action committee is running on her behalf, and whether or not there are discrimination problems in that office.

Ayala maintained the state attorney can help ease tensions arising from police shootings — those by police and those of police — with consistent prosecutions and with the state attorney getting involved in community discussions. It’s a standard message of her campaign: that she’ll be the state attorney people see at community events, there to answer questions, listen, talk about policies and reassure people the office is there to help.

Ashton said he couldn’t agree more, adding that he already is doing all of that.

“What we don’t do is use racially charged, divisive advertisements,” he added, shooting back at the Soros ads.

And other candidates clashed and sometimes largely agreed on issues ranging from gun violence to state funding for charter schools to gambling.

There were a few outliers.

Republican Florida Senate 15 candidate Peter Vivaldi expressed his support for measures to get assault weapons off the street. Democratic Florida House District 49 candidate Carlos Guillermo Smith declared his intention to introduce a bill his first day in office to decriminalize small amounts of marijuana statewide, as some counties and cities, including Orlando, have done locally.

The June 12 Pulse nightclub massacre, in which madman Omar Mateen shot and killed 49 mostly Hispanic people in the popular Orlando gay nightclub, hung over many of the policy discussions like a new backdrop.

nextIn Florida, babies may one day come in boxes