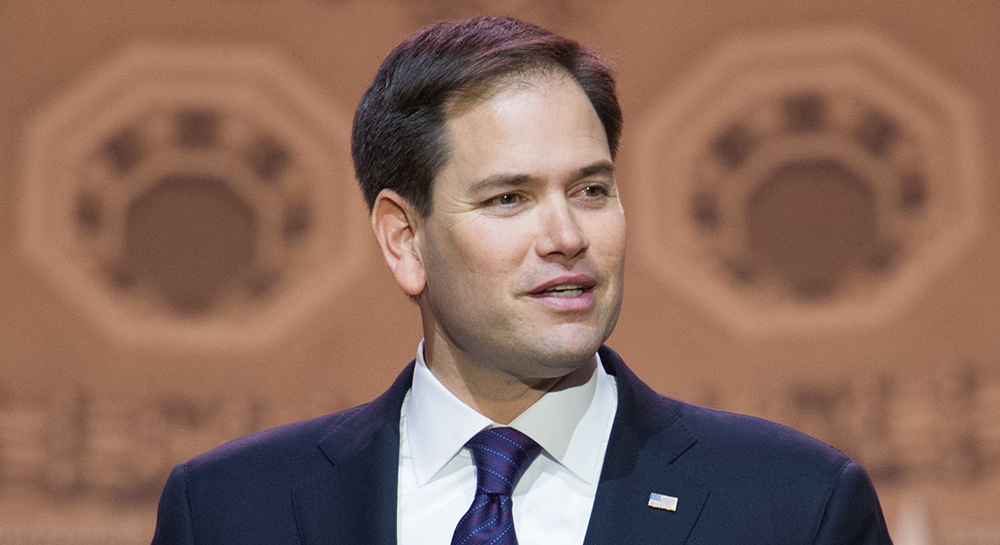 U.S. Sen. Marco Rubio is introducing another bill aimed at preventing suspected terrorists from buying weapons, this time with a 10-year look-back provision on anyone who had previously been investigated.

The bill, dubbed the Terror Intelligence Improvement Act, would require federal agencies to coordinate efforts so anyone investigated for terrorism by any federal agency in the past decade would be flagged if he or she tries to buy a gun or explosive. There would be a three-day delay on that purchase while federal authorities determine whether to go to court to seek a permanent injunction against the purchase.

On that morning ISIS-pledging, gay-hating Omar Mateen shot up the club, killing 49 people and wounding 53 others. He had previously been investigated by the FBI for possible terrorist links, and bought his weapons only a few days before the massacre.

“After the Orlando terrorist attack, I met with Fred and Maria Wright, who shared with me the story of their son Jerry and the unimaginable pain they carry after losing him that night,” Rubio stated in a news release issued by his Senate office. “The Wrights made a simple request: that we improve our laws, so it is more difficult for evil people to get ahold of guns. I told them I would continue working toward consensus on commonsense measures that would help ensure criminals, terrorists and others seeking to take innocent lives are not able to acquire firearms.”

The bill has not yet been assigned a number.

“Today, I’m taking another step toward fulfilling my promise to the Wright family, by introducing legislation that builds on some of the best ideas that have been proposed, and improves them in ways that I hope will make a bipartisan solution more likely,” Rubio continued. “This bill would achieve everyone’s goal of making it harder for suspected terrorists to buy guns, and do so without violating the due process and Second Amendment rights of innocent, law-abiding Americans.”

Numerous gun bills introduced by Republicans and Democrats since June 12 all have died amid partisan disagreement, with Rubio siding on Republican-backed bills and Murphy siding on Democratic bills.

“Floridians won’t be fooled by Marco Rubio’s transparent attempt to paper over his relentless opposition to legislation that prevents gun violence,” Murphy stated in a release issued by his campaign, responding to Rubio’s release. “After the tragedy in Orlando, Rubio used the deaths of 49 innocent Floridians to run for re-election while voting against every bill that would have helped keep our families safe. He even voted against a bipartisan measure, introduced by a Republican, to prevent people on the No Fly List from purchasing guns.

“For Marco Rubio to introduce this bill now is an embarrassment,” Murphy continued. “Floridians deserve better than Marco Rubio’s callous political opportunism as he continues to stand side by side with the gun lobby instead of keeping Floridians safe.”

previousHillary Clinton has the 'endurance of a triathlete,' says Michelle Kwan