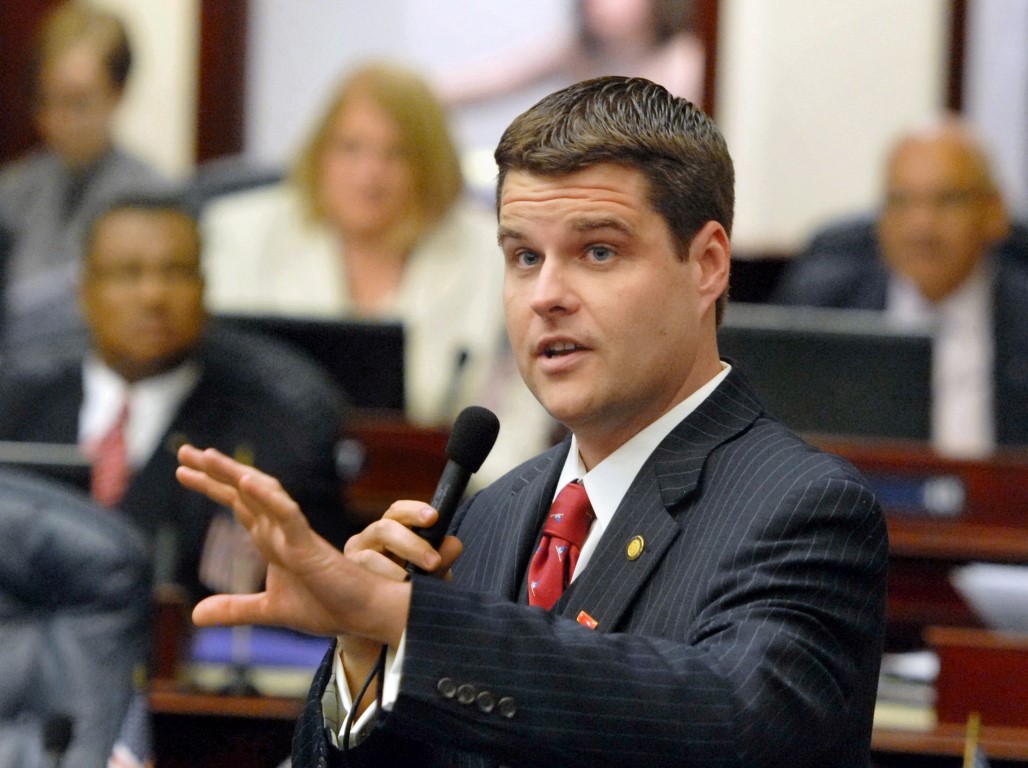 The list of applicants to Gov. Rick Scott for a seat on the state’s Constitution Revision Commission continues to grow, now including conservative lawmaker Matt Gaetz.

The panel, which reviews the state’s constitution every two decades, is scheduled to convene 30 days before the beginning of the Legislature’s 2017 regular session on March 7.

As governor, Scott will choose 15 of the 37 commissioners and selects its chairperson. That means the Naples Republican will indirectly influence the retooling of the state’s chief governing document for an entire generation.

As of late Tuesday, there were 73 names on the list provided by the governor’s office. The newest applicants include:

— Belinda Keiser, vice chancellor of Community Relations and Student Advancement for Keiser University. She’s served on a bevy of boards, including Workforce Florida and the Florida Association of Postsecondary Schools and Colleges. Scott appointed her to the board of Enterprise Florida, the state’s public-private economic development agency.

— Frank Kruppenbacher, an attorney with the statewide Morgan & Morgan law firm. Kruppenbacher also has served on a number of panels, including being appointed by then-Florida House Speaker Marco Rubio to the Florida Commission on Ethics. Scott reappointed Kruppenbacher to the Greater Orlando Aviation Authority, which he now chairs.

— Simone Marstiller, a retired judge of the 1st District Court of Appeal. The Liberian-born Marstiller’s long resume includes being a deputy chief of staff and secretary of the Department of Business and Professional Regulation under Gov. Jeb Bush.

The full list of applicants to Scott is below. The newest names are in bold:

In addition to Scott, the House speaker and Senate president each get nine picks. Assuming they win re-election in November, GOP state Rep. Richard Corcoran of Land O’ Lakes will be speaker in 2017 and state Sen. Joe Negron, a Stuart Republican, will be president.

Any changes the CRC proposes would be in the form of constitutional amendments, which would have to be approved by 60 percent of voters on a statewide ballot.

Scott’s application is here. His “appointments will be made no later than March 6, 2017,” his office has said.