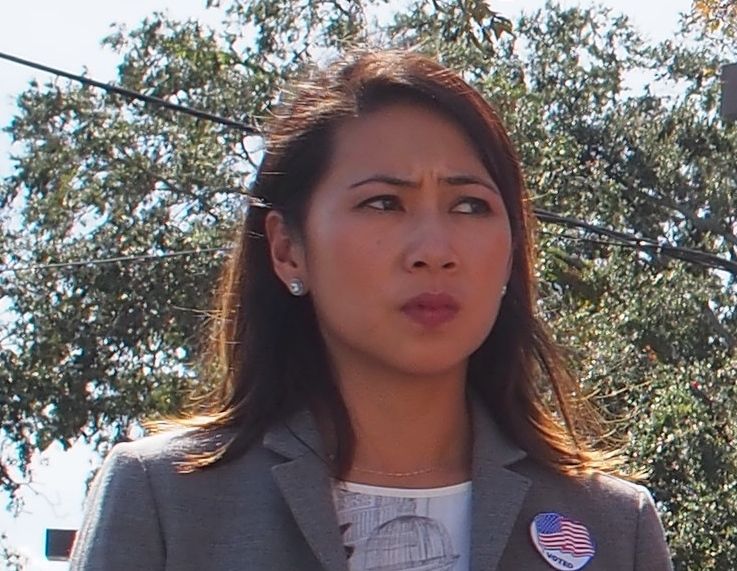 U.S. Rep. John Mica‘s re-election campaign is charging his congressional Democratic opponent Stephanie Murphy with playing a role in trying to hide the origins of a $100,000 2012 campaign contribution in the Virginia governor’s race.

The donation in question was made to the campaign of Terry McAuliffe, a former chairman of the Democratic National Committee who won the Virginia gubernatorial election in 2013. McAuliffe is a former business partner with Ed Haddock of Winter Park, Murphy’s father-in-law, according to the Mica campaign.

Mica, a 12-term congressman from Winter Park, and Murphy, also of Winter Park, are locked in a close, heated, and high-finance battle for Florida’s 7th Congressional District, which covers Seminole County and much of north-central and northeast Orange County.

His campaign described the Dec. 31, 2012, donation to the Terry McAuliffe for Governor campaign contribution as “shady.”

The donation was officially attributed to an unregistered Virginia company at the address of a house Haddock owned in Virginia, according to Mica’s campaign. But the donation was traced back through 2013 news reports to Haddock’s Sungate Capital LLC of Winter Park, where Murphy was and is an executive.

“We chose to list the contribution to the McAuliffe campaign from a geographically relevant Virginia entity,” the TV report quotes Murphy, identified as a spokesperson for Sungate.

Mica’s campaign alleged that Haddock, Murphy, and Sungate deliberately hid the origins of the money and made it look like a Virginia-based donation in order to ease criticism of McAuliffe there for attracting large amounts of out-of-state money for his campaign.

“McAuliffe lost the 2009 election after he was criticized for his lack of local financial support, so Murphy helped their family friend by listing the contribution as a Virginia business,” said Mica campaign spokesman Alan Byrd. “It’s political games with huge campaign contributions like this that are being played on the voters in this race as well and shouldn’t be tolerated.”

There were no known formal complaints or charges brought based on the matter.

Murphy’s campaign responded by calling the attack from Mica’s campaign false, but not specifying what exactly was false about it.

“Congressman Mica is so desperate to distract from his collapsing poll numbers and his abysmal voting record, that he’s resorted to false, Trump-like attacks against Mrs. Murphy,” said Brad Howard, campaign manager. “Just like Donald Trump, Congressman Mica doesn’t stop at falsely smearing his opponent — he tries to falsely smear his opponent’s entire family. It’s beneath the dignity of the office he holds. We’re focused on the issues — Congressman Mica is only focused on preserving the gravy train of taxpayer dollars he’s steering to Donald Trump, his family, and his contributors.”

The new allegation from Mica’s campaign continues a narrative it has been trying to build about Murphy, who was relatively unknown before she filed to run in June. Mica’s campaign has been trying to portray her as someone with ties — through her employment at Sungate and her family — to controversial business and political practices Haddock has been involved in throughout the years.

Murphy’s campaign, on the other hand, has gone after Mica’s voting record and refusal to disassociate from Republican presidential candidate Donald Trump.

“Stephanie Murphy’s campaign strategy is to trick voters by giving as little detail about herself and her shady financial dealings while lying about the record of Congressman Mica,” Byrd said. “It’s a ruse fueled by Washington Democrats who are following the playbook of some of their biggest players like Nancy Pelosi and Terry McAuliffe.”