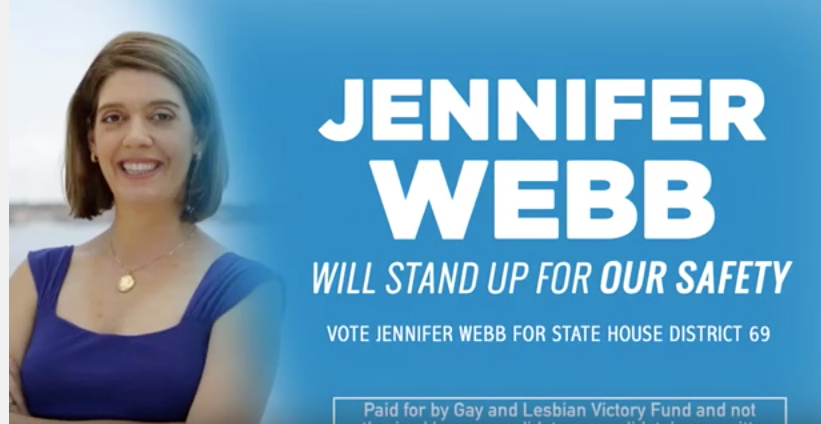 The national Gay and Lesbian Victory Fund is going up with digital video commercials in Florida to support several gay candidates for Florida House seats and attack their Republican opponents for voting with the gun lobby.

The fourth commercial supports Democrat Carlos Guillermo Smith in Orlando-based House District 49. He doesn’t have a Republican or incumbent opponent, so the commercial just says Smith will “take on the gun lobby and keep our community safe.” He faces independent candidate Shea Silverman.

A fifth commercial is pledged supporting Democratic State Rep. David Richardson over Republican Jonathan Parker in Miami Beach-based House District 113, but that that commercial has not yet been released.

The Victory Fund political action committee said it is spending $75,000 on the ads.

“Our Florida candidates support gun safety measures that can prevent another Pulse-like shooting, while their opponents adopt whatever position the gun lobby tells them to,” Gay and Lesbian Victory Fund’s Aisha C. Moodie-Mills stated in a news release. “Tallahassee continues to fail Floridians by refusing to take on the gun lobby and pass commonsense gun violence prevention measures. Voters deserve to know where candidates stand on this critical issue, and our Florida Victory ads make those positions clear.”

The ads admonish each of the Republican incumbents for having A ratings from the NRA, or for supporting legislation that allows students to carry guns on campuses, or both. They will run until Election Day.

The unprecedented number of LGBT candidates running for the Florida state Legislature this cycle are united in their support for gun violence prevention measures, according to the fund. If elected, these leaders will quintuple the number of LGBT lawmakers in the state House come January — a historic increase in a state designated low-equality for LGBT people, the Victory Fund PAC stated.

nextBarack Obama, Tim Kaine to campaign in Florida for Hillary Clinton this weekend