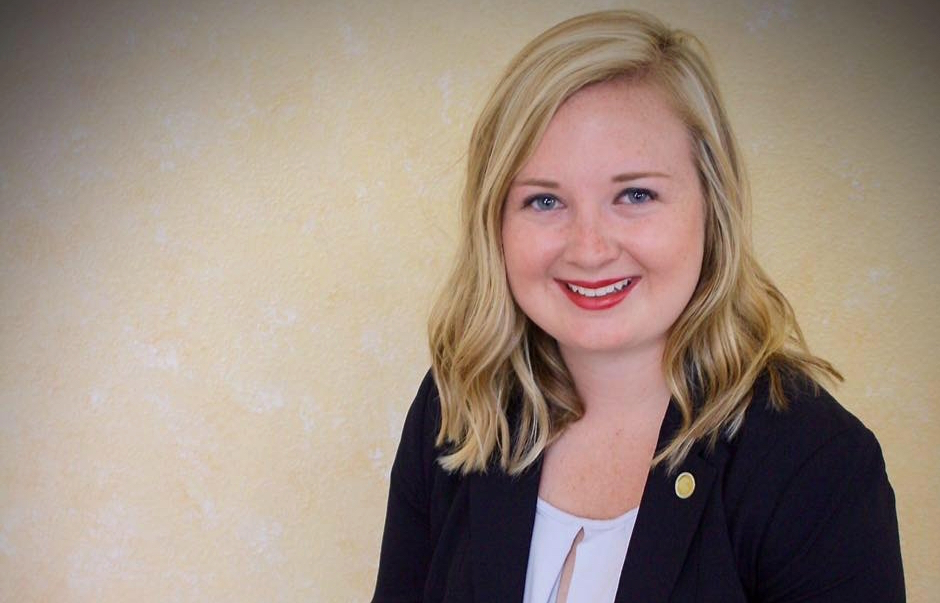 In presidential election years, Florida Democrats perennially have high hopes to increase their meager numbers in the Legislature by winning crucial swing district races. They lost several of them on Tuesday, including most surprisingly in House District 36, where 21-year-old University of Central Florida student Amber Mariano knocked off Democratic incumbent Amanda Murphy in a stunning upset by 732 votes, or .6 percent.

From another perspective, however, it might have been considered an upset if Murphy HAD held on to the seat she initially won in 2013. That’s because Donald Trump defeated Hillary Clinton in Pasco County by 21 percentage points, 58 percent to 37 percent.

“I said I got Trump dumped,” laughed Murphy on Thursday afternoon.

“It was a Trump tsunami in Pasco,” says Janet Cruz, the Florida House Democratic Leader-designate. “Amanda Murphy is a boots-on-the-ground, hardworking member. She couldn’t have knocked on any more doors than she knocked on, and she couldn’t have raised any more money than she raised to make a difference,” Cruz said.

Allison Morano, a former vice chair of the Florida Democratic Party and former chair of the Pasco County Democrats, says Murphy’s close finish “shows what a good representative she is.”

Although Pasco has seemingly lost its previous designation as a leading bellwether county to Hillsborough County during this current election cycle, Morano says Pasco is still crucial to how the state of Florida ultimately goes, referring to Barack Obama getting 48 percent of the vote there in 2008 and the success of the Fair Districts amendments there in 2010. She said the first place she went to observe early polling results on Tuesday night was at the Pasco County Supervisor of Elections website, and quickly realized it wasn’t going to be a good night for Democrats. “I tried not to believe that,” she says.

Pasco County state GOP committeeman Bill Bunting said a poll commissioned two weeks before the election had Murphy leading Mariano by 12 points, but he says he told her grandfather, Jack Mariano Sr., that he believed that Mariano could still win the race with a sterling get-out-the-vote effort.

Winning at the age of 21, Mariano — the daughter of Pasco County Commissioner Jack Mariano — now becomes the youngest person ever elected to the Florida House. On the campaign trail, she talked often about higher education issues, including allowing Bright Futures scholarship money to be used for summer classes. She also talked about wanting to help Pasco address its flooding issues with funding for stormwater projects.

“None of this was possible without Speaker Corcoran or Commissioner Mariano,” says Anthony Pedicini, Mariano’s campaign manager. He says Jack Mariano believed they could win the seat without spending a large amount. Pedicini says he was skeptical.

“Honestly, with the polling, her lack of fundraising and intimate knowledge of the last race run against Murphy, I didn’t think we had a shot,” he admits. “Then Amber came up with an idea. After all the walks and work at early voting, people kept asking her if the governor supported her and if she supported Trump.  We only had a couple licks to get in those last 10 days, so everything was about tying Amber to Trump and against the status quo.”

Murphy was first elected to the seat in the fall of 2013, narrowly wining the special election called to succeed Mike Fasano by a 51 percent to 49 percent margin over Republican Bill Gunter. In 2014, she easily defeated Chris Gregg.

Murphy says she’s been told that she had the most crossover votes from Republicans than any other Democrat running on Tuesday night statewide, but obviously it wasn’t enough.

Fasano, now the Pasco County property appraiser who crossed party lines to support Murphy in 2013, says he wasn’t involved too much in her campaign, though he did record a couple of robo-calls.

Every other Republican in Pasco County won on Election Night with at least 60 percent of the vote. Mariano won with 50.5 percent, a figure that Fasano says she shouldn’t forget.

“I’m not here to be critical of anyone, but only to give advice, and young Mariano needs to look at those numbers and realize that there was no mandate for her,” the longtime Republican says. “She won not because of her philosophy or hard work, she won because Donald Trump brought her over the finish line, and only by a few hundred votes.”

“Amber is a tremendously hard worker,” counters Pedicini.  “She never gave up even when day after day I tried to manage expectations that this was going to be an uphill battle in every way possible.”

Murphy said that while she’s had lots of supporters encouraging her to run again in two years, she said that’s not on her mind at all at this point.

“I am exhausted and it’s kind of nice to think of only one job for awhile,” she says about her regular gig as a financial advisor for Raymond James Financial. However, she says she loves working for the people of Pasco County, and will consider her political future – in 2018.