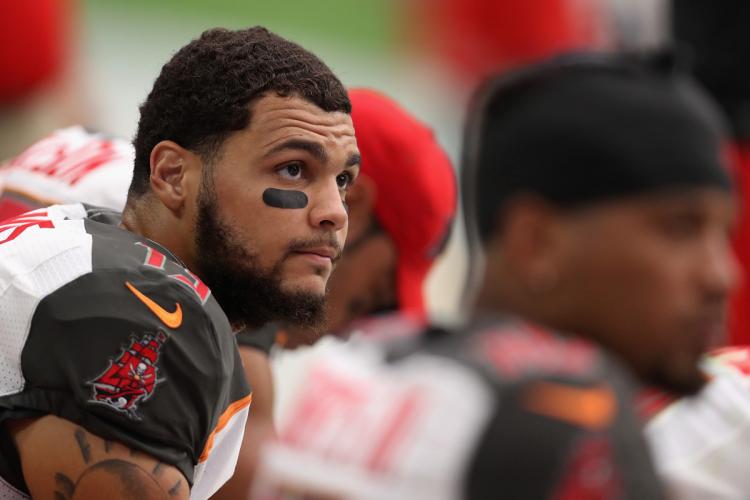 “I support the First Amendment and everyone’s right to protest,” Latvala wrote on his Facebook page. “But to disrespect our flag and national anthem especially on the day of the team’s salute to veterans is completely uncalled for.”

Evans told reporters after the Bucs 36-10 victory over the Chicago Bears on Sunday he meant no disrespect to veterans.

“The men and women that have served this country, I’m forever indebted to them,” said Evans. “But the things that have been going on in America lately, I’m not going to stand for that.”

Evans isn’t the first NFL player to sit during the anthem during the 2016 season. Unlike Colin Kaepernick and others, however, Evans isn’t doing it to protest the treatment of blacks and other people of color. He’s protesting the new president-elect.

“I’m not going to stand for something I don’t believe in,” Evans said to reporters inside the locker room at Raymond James Stadium. “I’m not big on politics. I told myself, ‘If this happens, then America’s not right, right now.’ I said this a long time ago. When (Trump) ran, I thought it was a joke. And the joke continues. I’m not a political person that much, but I’ve got common sense. I know when something’s not right.”

Latvala says he’ll personally boycott attending Bucs games until Evans apologizes — or is cut or traded by the team.

“I am making the choice to exercise my right to protest by not setting foot in Raymond James Stadium until this young man either apologizes or is off the team!” he writes. “I hope others who feel the same way will join me.”

The Bucs said in a statement they “encourage all members of our organization to respectfully honor our flag during the playing of the national anthem. We also recognize every individual’s constitutional right to freedom of speech.”