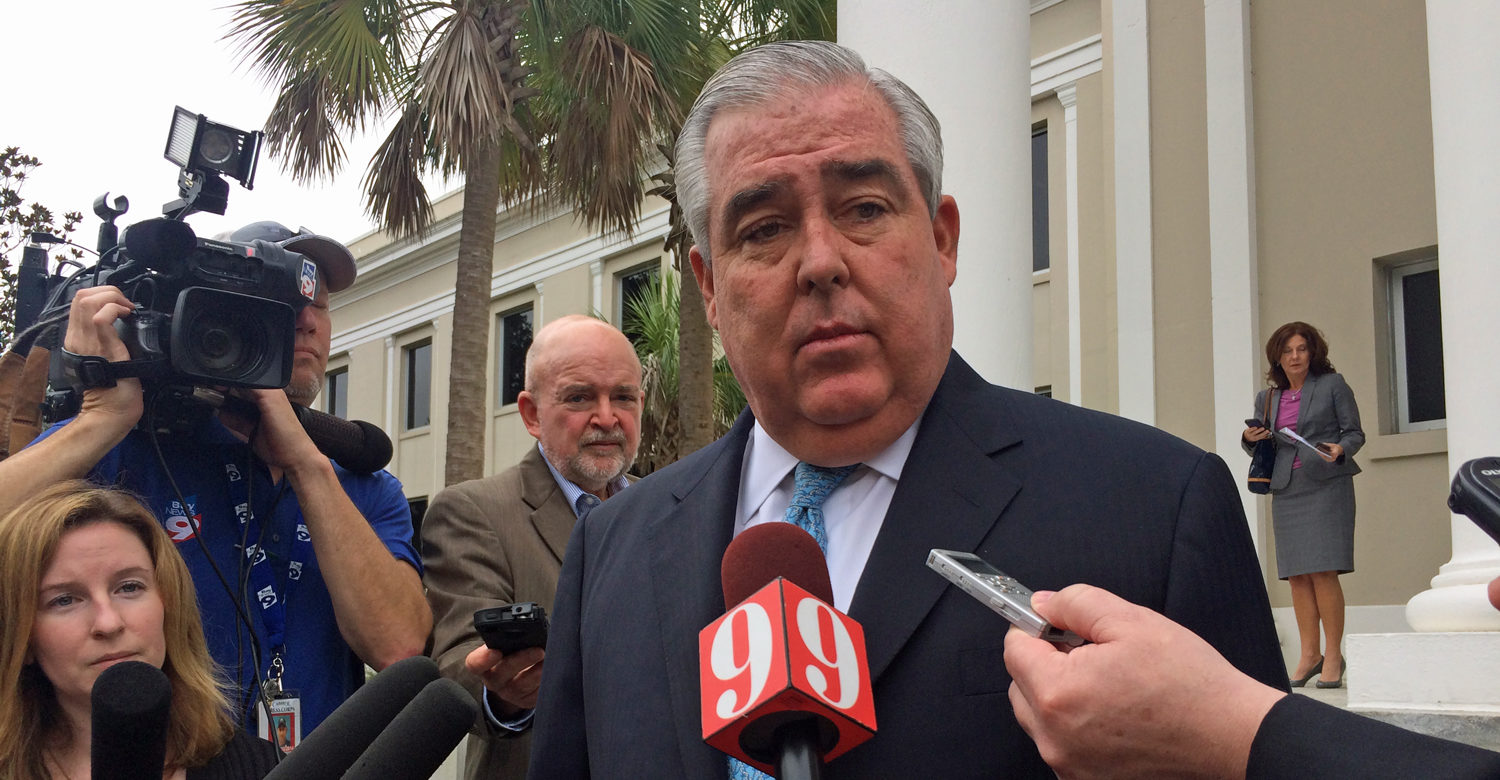 Such a notion is not only not absurd, but it could, in fact, have surprisingly broad support across Florida.

I see it as one part Bernie Sanders, one part Donald Trump, and two parts bourbon. Doesn’t that sound like a cocktail Floridians would line up around the block to drink?

If you watched Morgan’s post-election press conference last Wednesday, you can get a taste of what a Morgan candidacy might look like.

He rejected as “not his fight” any future efforts to legalize marijuana in Florida, a natural question given his nearly four-year-long crusade to pass medical marijuana. But then he did something different and unexpected, pivoting to the topic of decriminalization and praising efforts by cities and counties to make marijuana possession a ticket-able, rather than arrest-able, offense.

Floridians are in this weird place on marijuana reform where there is clearly no desire to legalize it here, but most believe sending people to jail for marijuana is insane.

I’m slightly paraphrasing, but this was my favorite Morgan moment from that presser, and the one that could be informative of what a run for governor could look like:

“If I were King of Florida,” he started out, and for some reason I pictured him in a paper crown from Burger King, “I would walk through the prisons and release everyone in there for possession alone. Everyone.”

He went on to praise Orlando Mayor Buddy Dyer for passing such a law.

And it didn’t come up at the press conference, but one of Morgan’s other longtime causes is raising the minimum wage. People forget, but long before Morgan was Florida’s “Mr. Marijuana” he was the guy who gave big money to pass a constitutional amendment in 2004 raising the state’s minimum wage.

He’s made some noise about doing it again, this time to $15 an hour.

When John Morgan makes that sort of threat, you take it seriously.

And this “Draft John Morgan” effort too, should be taken seriously. Do you think Ben Pollara, the guy who ran the medical marijuana campaign with Morgan, would be undertaking this without some tacit knowledge and assent by Morgan?

Something is happening here and I don’t know what it is, but it’s certainly worth watching. Who knows if Morgan has a single iota of interest in the job? If he ran, would he even run as a Democrat?

Florida Republicans like their crazy rich guys. We got two terms of Rick Scott, sent Trump to the White House, and likely would’ve nominated, if not elected, Carlos Beruff but for Marco Rubio jumping back in. Democrats haven’t been so kind, sending certifiable crazy rich guy Jeff Greene packing in a 2010 primary for Senate, and more recently rejecting self-funder Jason Pizzo in a Democratic state Senate primary and seeing one percenter Randy Perkins easily dispatched in the general in CD 18.

I suspect, however, that Morgan might fare differently. Democrats were given a resounding message on Election Night — here and across the country — that they must find a way to steal back white working-class voters in order to win. It may well be that one “old, fat, gray, George Clooney-looking mother$#!%” who’s visage adorns thousands of billboards across the state could be the savior of the Florida Democratic Party.