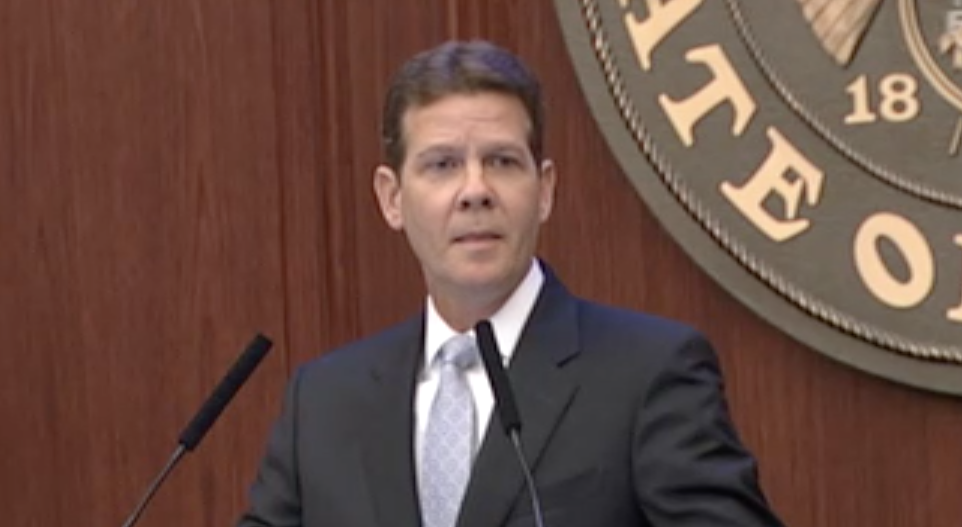 As one of his last acts on behalf of the state of Florida, outgoing Florida Senate President Andy Gardiner arranged a moment of silence Tuesday for those killed in the Pulse nightclub shooting just outside his district on June 12.

Gardiner, the Orlando Republican who now is a private citizen, did so on the request of his successor, now state Sen. Linda Stewart, the Democrat from Orlando, who also arranged for a moment of silence at the Democratic Caucus organizational meeting Monday night.

Gardiner did so, in a highly unusual move, just before the 2017 senators were sworn in, he said, “Because it is the right thing to do.

“I took the presidential privilege to do a moment of silence. You know, we lived — all of us — through it, and the impact of it. And certainly in my role at Orlando Health … we were there,” Gardiner said.

Gardiner’s day job is as senior vice president of external affairs and community relations at Orlando Health, the parent company for the Orlando Regional Medical Center. A few blocks away from Pulse, the facility treated most of the 53 wounded survivors and other victims from the massacre played out by the gay-hating, ISIS-pledging mad gunman Omar Mateen. Forty-nine people were killed before police killed Mateen.

So on Tuesday, after the invocation prayer, Gardiner called for the senators to please remain standing.

“I would like to ask my colleagues and the individuals in the gallery, a lot has happened since the last time we met,” he told them. “And for my community and for the country and state we faced one of the worst tragedies that you can ever imagine in the Pulse nightclub. Forty-nine individuals lost their lives. And for those of us that were there shortly after, it has made a huge impact on our future. And for those in the Orange County delegation it would mean quite a bit to us for a moment of silence.”

Stewart said a similar moment of silence was requested in the House of Representatives, but was not held.

She said the moment in the Florida Senate meant a lot to her, as did the moment — 49 seconds long — that she arranged in the Democratic Caucus meeting the night before. Pulse now is in her district, thanks to last year’s redistricting, which expanded Senate District 13 farther south from the area that Gardiner represented.

“Twas a moment in time where I wanted to make sure that every day that representatives of the state of Florida remember that this tragedy happened,” Stewart said.

nextHow to get around Richard Corcoran's new rules — Volume 2