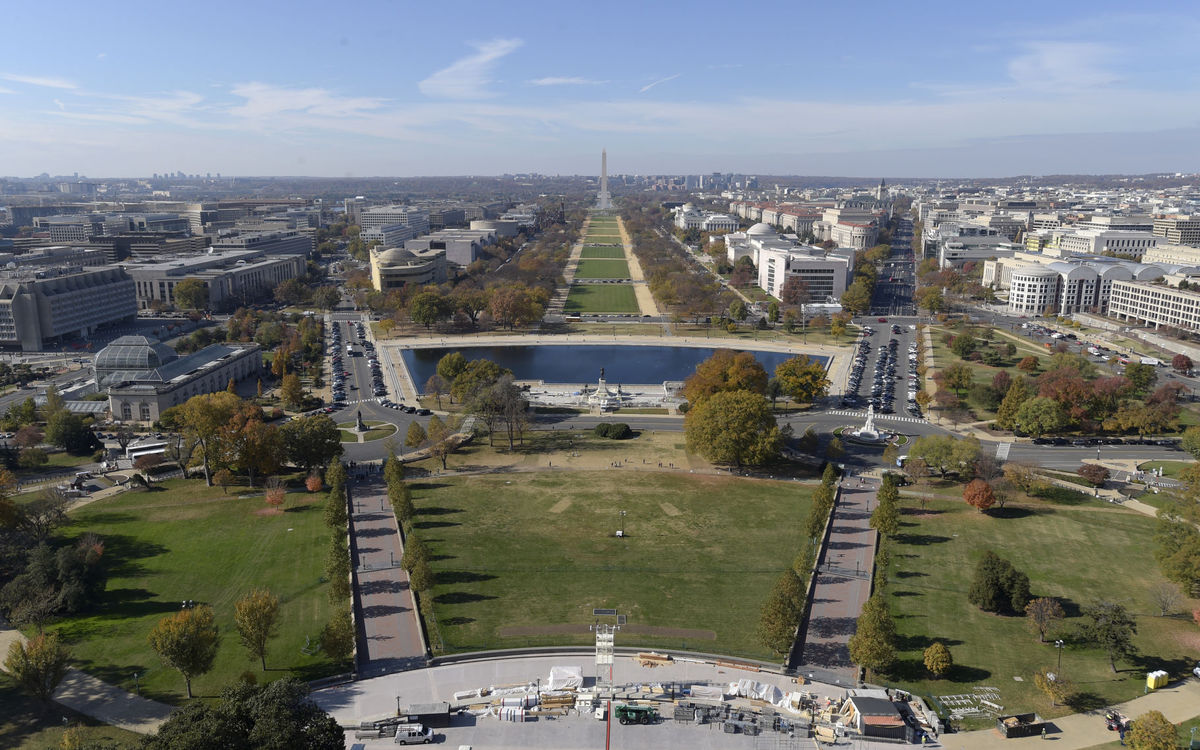 One thing you can count on during inauguration season in Washington: People of all stripes will find a reason to show up — whether it’s to celebrate or commiserate.

There are parties and protests to attend, stars to gawk at, receptions to be worked, deals to be done, drinks to be consumed.

Less than two months out from Inauguration Day, there’s a different dynamic surrounding the planning for Donald Trump‘s swearing-in than the unbridled enthusiasm that swirled around the installation of the first black president in 2008.

Crowd expectations are down. Fewer A-list celebrities are likely to descend. Hotels still have rooms to be rented.

But congressional offices are maxing out on ticket requests for the Jan. 20 swearing-in. Trump’s inaugural committee is wooing big donors with candlelight dinners, exclusive luncheons and premier access to balls. Interest groups are lining up sideline events. And among those still mourning Hillary Clinton‘s loss, there is plenty of counter-programming afoot, including plans for a giant women’s march aimed at sending a defiant message to the incoming president.

Before the election, District of Columbia planners set an early estimate of 800,000-900,000 people for this year’s inauguration and they haven’t revised that number yet, according to Christopher Geldart, director of D.C.’s Department of Homeland Security and Emergency Management. But there’s scant expectation of replicating the 1.8 million people who descended on Washington for Barack Obama‘s first inaugural.

Nor will Hollywood turn out as it did for Obama, whose two inaugurals attracted the likes of Beyonce, Bruce Springsteen, Usher, Jamie Foxx, Jay-Z, Oprah Winfrey and many more A-listers.

“More than any election we’ve seen in a very long time, the Hollywood community was really behind Hillary, and a lot of people put their reputations on the line,” says longtime Hollywood publicist Howard Bragman. “Clearly those are people who are going to be taking their Xanax and Valium that day and staying in bed with the covers over them.”

But Bragman said there still will be Republican-leaning celebrities who turn out for Trump — and a larger contingent of Hollywood types who show up for counter events like the women’s march planned for the day after Trump’s inauguration.

While demand for hotel rooms and other venues is slower than at this point four and eight years ago, hoteliers remain “guardedly optimistic,” according to Elliott Ferguson, president of Destination DC, the city’s tourism bureau. Some hotels that set up four-day-minimum inaugural packages are rethinking that model, hoping to capture more business from those headed to Washington for the women’s march.

Hotels are noticing “more rooms being picked up on Saturday than on Friday,” Ferguson says, suggesting strong interest in the march, whose organizers hope to draw 200,000 people to the city.

Be advised: The president-elect’s own Trump International Hotel is sold out.

Still available: For $2.5 million, the J.W. Marriott is offering a package that includes four presidential suites, 325 guest rooms, a craft bourbon barrel tasting reception, special inauguration menus, and a private viewing party on the terrace overlooking the parade route, among other amenities.

There are always more affordable options through rental network Airbnb, which says local bookings for inauguration weekend spiked by 80 percent during the week after the election.

Airbnb host Jade Moore, a video editor and Democrat, doubled her prices to $200 a night for inauguration weekend and says she’s booked both Trump supporters and women marchers for her Anacostia home. Before her inaugural guests arrive, she’ll be removing the toilet paper bearing Trump’s photo and the sign in her bathroom that invites people to “take a dump on Trump.”

“I’m sure we’ll all get along,” says Moore, hopefully. “We don’t even have to bring up politics.”

Not all hosts are that dispassionate.

Another local Airbnb host, who asked that her name not be used to avoid getting in trouble for violating the company’s nondiscrimination policy, says she declined to accept a rental request that looked like it came from a Trump supporter and did accept a request that came from women planning to attend the march.

Interest groups, too, are adapting in different ways.

The Creative Coalition, a bipartisan advocacy group for the arts, has been holding inaugural balls for the past 20 years that typically attract top talent and celebrities. Coalition CEO Robin Bronk says interest in the ball remains strong and she expects it to feature top names once again.

“It’s an event that hopefully will be part of the healing of the nation,” Bronk says. Plus, she adds, “I would venture to say a lot of business gets done at our ball.”

The Human Rights Campaign, a gay rights organization that threw an “equality ball” eight years ago, this year is focused on making sure its members get involved in demonstrations, marches and other events on inauguration weekend and throughout the year, says spokeswoman Sarah McBride.

The Latino Victory Project, which four years ago helped mount a huge Kennedy Center gala featuring Eva Longoria, George Lopez and other top Latino entertainers, this time is putting together events that put the Trump administration on notice that Latinos will fight “his hateful rhetoric and policies,” says project president Cristobal Alex.

“I wouldn’t call it a party,” Alex said of this year’s yet-to-be-announced events. “What I would call it is a moment to learn” from the last election.